What cause `multiply` has difference result between `float` and `complex` signal? 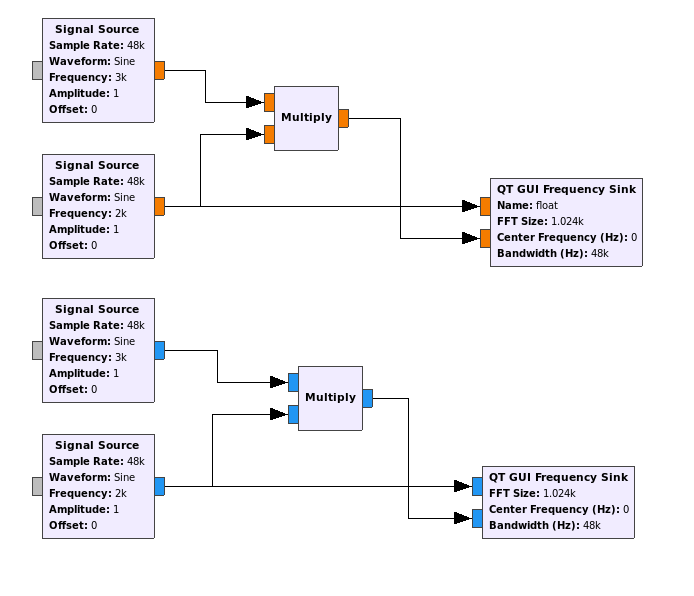 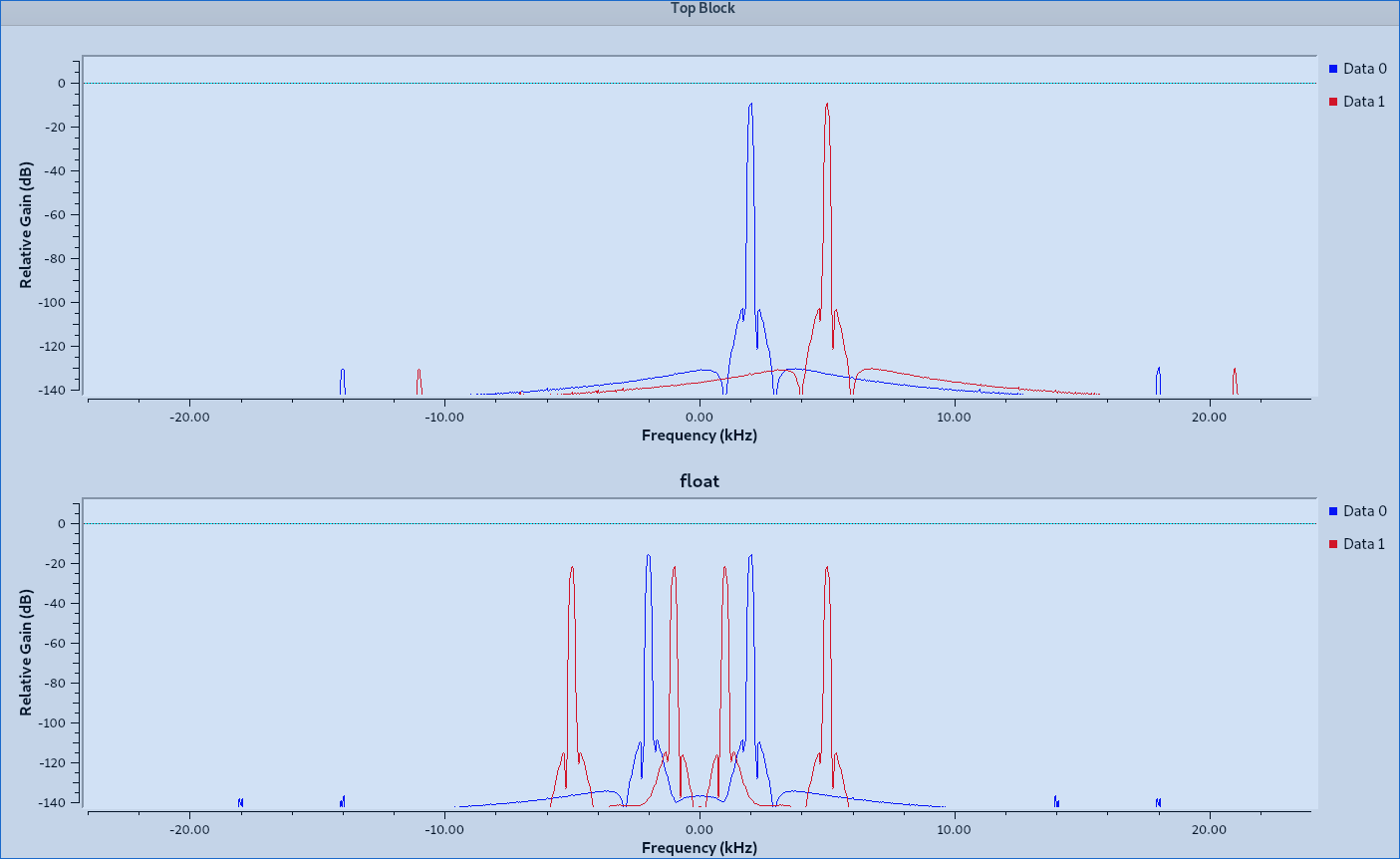 What cause multiply has difference result between float and complex signal?

This is a consequence of what was discussed in your previous question, that any real-valued function like $\sin(\omega t)$ consists of both positive and negative frequencies.

Multiplying by a complex exponential $e^{i\omega t}$ simply shifts frequency by $\omega$. There are many ways to show this, one way is to simply look it up in a table of Fourier transforms, where you will find the Fourier transform of

But multiplying a function by $\sin(ax)$:

This equation is the basis of a frequency mixer which produces new signals at the sum and difference frequencies.

This complication of creating sum and difference frequencies is a design challenge in superheterodyne receivers. Since a typical superhet receiver operates on a function represented by a voltage which must be real, every time the receiver employs a mixer to shift frequency up or down there are two frequencies in the input which map to the target output frequency. Therefore, filtering must be employed to ensure there are no signals at this image frequency which would otherwise create interference.

This can be avoided when signals can be complex. In analog designs it's difficult to do this accurately, but digitally it's no problem, and this is part of why much digital signal processing is done with complex values, rather than real values.

That's just the math behind it – everything is alright with these results!

You need to write down the formula of the real-valued $\sin(t)$ in terms of $e^{j2\pi t}$ and $e^{-j2\pi t}$, and you'll see that, as shown in your plots, the real-valued harmonic oscillations have a positive and a negative frequency component – so multiplying two of these yields four components.

This isn't really a programming or even a DSP problem – you just have to be precise with the math.

If I understand your question correctly, the issue is that you have one graph producing a complex output of an FFT and the other producing a floating point output from an FFT.

When you produce an FFT from complex data using a floating point output, you will find that the signal is reflected across the y axis at zero. This is because the floating point version does not capture the phase angles since they are in the complex plane.

There is a very good discussion of this here.

A real-valued multiply is the same as an AM modulation, where the result includes both upper and lower sidebands. (Similar to the spectrum of an AM radio station on an SDR waterfall.)

If you look at the signal from an SSB transmitter, you might only see a weak opposite sideband signal if the transmitter is poorly filtered, (non-linear) distorting, and/or splattering spurious stuff.

Learning about complex numbers and how they add and multiply also helps.

Not the answer you're looking for? Browse other questions tagged gnuradio frequency theory phased-array transformer or ask your own question.

3
Why does a sine wave show two peaks in the frequency domain on GNUradio?

6
What kind of modulation is this?
4
How many frequency channels are there in a frequency band?
0
How much power does an RTL-SDR draw?
1
GNU Radio does not run flow graph
3
I/Q demodulation of DSBSC-AM signals
3
GNU Radio - Frequency parameter of Signal Source Block
2
Heterodyning complex values in gnuradio
4
Gnuradio bandwidth of sink cause signal frequency changed?