Can I make signal transmitter without decoder?

My question is can I make a simple circuit , like ne555 can produce 1-10khz signal so if I connect ne555's output into antenna , antenna will transmit the signal into air and if I know right I can receive that signal with some kind of coil but I tried several circuits and none of them achieve any progress

Just about anything that has rapidly varying current or voltage radiates some degree of electromagnetic energy.

Creating a transmitter which is efficient, legal, useful, and reliable on the other hand is an entirely different matter.

An antenna at 1-10 kHz would be extremely large. 1 kHz has a wavelength of about 300 km, 10 kHz about 30 km. Antennas are typically on the order of 1/4 or 1/2 wavelength. They can be made smaller, for a cost in efficiency. So whatever antenna you will conceivably attach to a 555 will be extremely small and inefficient. Communication at these frequencies is possible, but only with very large antennas and much higher powers than you'll get from a simple 555.

Furthermore, you're probably not licensed to transmit on these frequencies, so if you did manage to build a working transmitter it would be illegal.

Every oscillator is a transmitter, and every wire is an antenna, mostly extremely inefficient at low frequencies. Many wall plug type power supplies (USB, LED lighting, etc.) have an internal digital oscillator with an output waveform similar to a 555. If you hold an old AM pocket radio with an internal ferrite loopstick antenna close and tune between AM stations, you can hear a buzz from the radiated RF if you hold it close to the power brick (or LED lighting) and plug the power brick in to AC. Same with a 555 and a loop of wire (from the square wave harmonics).

To send RF farther, you need more efficient antennas. But check what power levels are legal for whatever frequencies your antenna will radiate (FCC part 15 in the US, for hobby digital electronics “unintentional” radiators).

You actually don’t need more power. With the proper radio license, you can occasionally send a 3.3V digital pin output from a Raspberry Pi plus a low pass filter and large high antenna a 1000 km or more (using WSPR or QRSS CW modulation).

Attach your antenna to pin 2, and there you go! 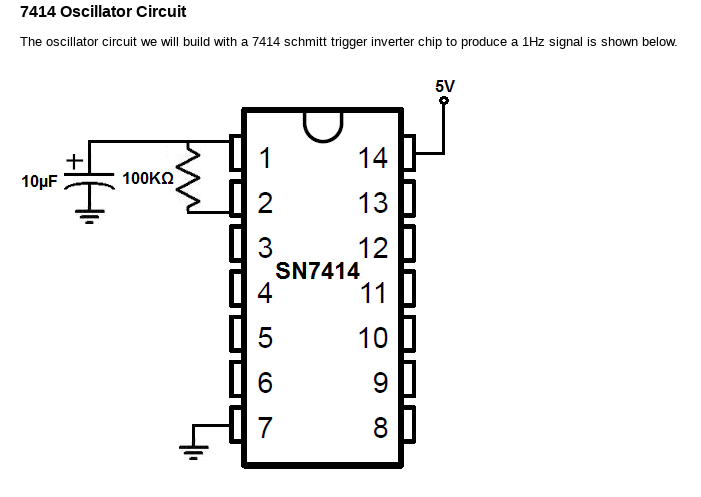 Mordecai, your question has two parts which can be answered separately.

The answer is yes. Transmitters and decoders are two separate things and they don't necessarily have to be used together. A radio transmitter for example is a high frequency oscillator which sends out a signal into the air using an antenna. A decoder can be used to un-encode or decode a radio signal that was previously encoded by an encoder before being sent by a transmitter.

Your idea with the 555 is on the right track except for two things.

First, a radio signal should start off as a sine wave and a 555 will probably output a square wave which isn't much use to anyone.

Second, a radio signal is usually a much higher frequency than 1 - 10 kHz. For a radio signal to work well, it needs to be far above 10 kHz. Lets say at least 500 kHz or higher is much better.

If you want to make a simple transmitter with 1 transistor and a few other parts, have a look at the link below.

It shows you how to make a 100 MHz transmitter, which doesn't have a decoder but it does use a process called modulation which superimposes the audio signal from the microphone onto the 100 MHz radio signal. This circuit will work very well and you will learn a lot. You can receive it on your standard FM radio.

Not the answer you're looking for? Browse other questions tagged antenna-theory diy transmitter or ask your own question.

9
Is there a simple, DIY, antenna suitable for HF receive only?
6
How should this SWR meter's directional coupler work?
1
Parts for a 915 MHz low power transmitter
6
Can an antenna be too powerful for certain receivers?
3
Is there a way to explain antenna radiation patterns on receive without reciprocity?
3
Is this "floating" output single-ended or differential and against GND or VCC?
4
Electromagnetic signal from spark gap
6
Simple circuit for acceptably clean CW in homebrew TX?