How Might Nearby Re-Radiators Affect the Radiation Patterns of a Transmit Antenna?

Here is one example of such, based on a NEC study...

The NEC4.2 study/graphic first below shows how a structure comprised of conductors to (roughly) emulate the a-c power lines in a wood-frame house might affect the radiation patterns of a 40m-band vertical monopole located six feet away from one side of that house.

The effects of this may be different than those expected. 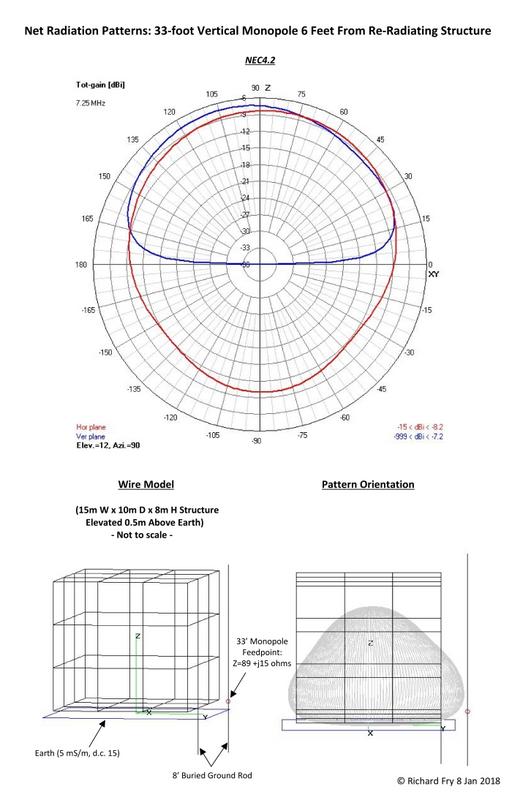 Below are the patterns for that monopole and its buried ground rod, by themselves (other things equal). 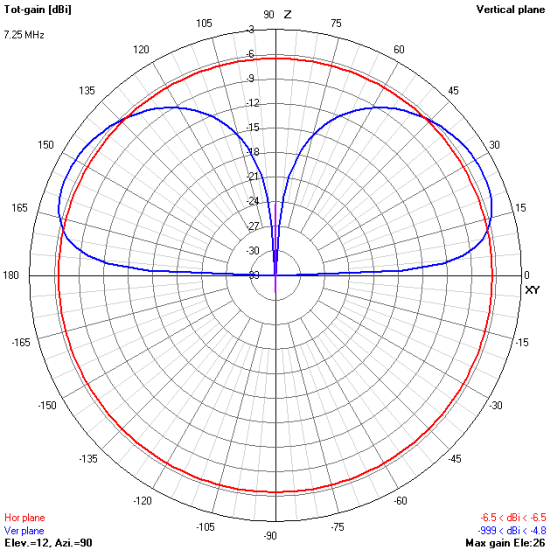 Added on 2 Feb 2018: This may be drifting too far off the original topic, but the affect of even relatively tall structures with steel frames on the FAR FIELDS of a transmit antenna can be negligible, as long as the dimensions of the structure are small enough in terms of wavelength.

Below is a graphic showing the measured relative fields of an AM broadcast station on both sides of a path from a distant transmit antenna toward, and past such a structure. RJF 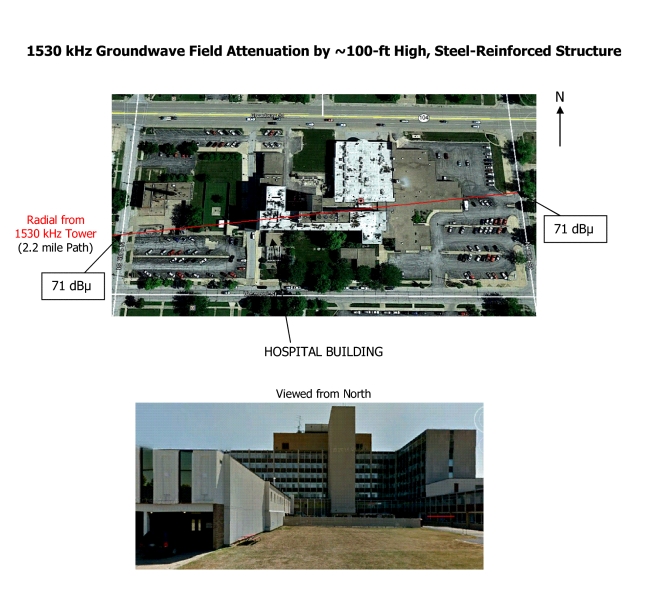 Not the answer you're looking for? Browse other questions tagged radiation-pattern or ask your own question.

3
What's the general difference between radiation patterns of stationary and adaptive aerials in mobile communication systems?
2
Can you place reflective material near to an antenna without interfering with the radiation pattern?
2
Would a covering like aluminised kapton effect antenna radiation pattern?
3
Antenna Patterns and Multipath Effect
2
How Does the Low-Angle Radiation of a Horizontal Dipole Compare to That of a Vertical Monopole?
5
Dipole antenna radiation field equation
8
How to derive antenna gain from radiation pattern
3
Do Far-Field Radiation Patterns/Gains of NEC Software Accurately and Always Show the E-M Fields “Launched” by Vertical Monopoles?
0
What Are Some of the Most Important Characteristics Applying to the Radiation of Monopole Antenna Systems?
2
How Much Does the Radiation Pattern of an “EFHW” Antenna System Vary Across its Bands?