How is it possible for an HF signal to go around the world when part of it must be in sunlight?

I believe most of us know about the ionosphere, and skywave propagation, but I'm kind of tripping up on the D-layer. If the ionospheric D-layer absorbs HF signals (40 meters, for example) during the day, how does my signal at night reach another station in, say, Australia, who's in daylight? Shouldn't the signal be absorbed by the D-layer before it reaches him? And if it is, how is it that HF signals can go long-path or reach the other side of the globe?

The D region does not affect all HF (3 MHz to 30 MHz) in the same way. For low frequencies, 2 to 4 MHz, the D region absorbs most signals during the sunlight times of the day. However, somewhere around the 3.5 to 4.5 MHz zone, the absorption starts to fall off as frequency is increased and these signals will penetrate the D region and reach the E region where they are reflected back to Earth.

As the frequency of signals increases more, reaching 10 MHz and beyond, the attenuation caused by the D region falls significantly and signal strengths improve. Also, signals will penetrate further into and thru the E region reaching the F1 region as frequency increases more and again such signals are reflected back to Earth.

So, attenuation of signals (absorption by D-region) affects those signals of the 160 and 80 meter band mostly with some lesser attenuation taking place at 40 meter band at some times but usually this is not nearly as strong as the lower frequencies. Above the 40 meter band, essentially no attenuation by the D-layer.

There is also gray-line propagation, where signals can travel around the world at the circular dusk/dawn annulus. In that region, it is neither totally dark nor totally light.

Long-Path QSOs are usually made following the path of this grayline (shown below). However, QSOs via the shortest path is more common than long-path (which has greater attenuation). Hams have worked DX for over 100 years using this...

It is not unusual to hear the same station with an echo on it. That's usually caused by receiving the short path signal first, followed by the delayed long-path signal. 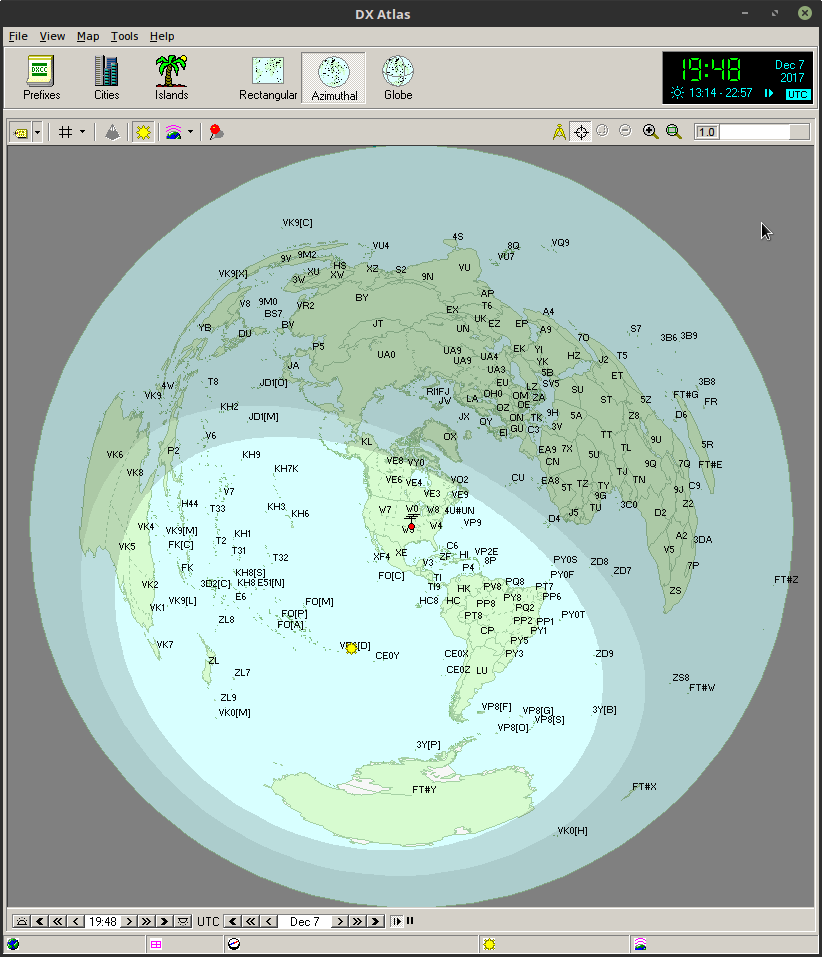 Not the answer you're looking for? Browse other questions tagged hf propagation ionosphere long-path or ask your own question.

11
How to reduce RF in the shack when using vertical HF antenna (no radials)
9
Around the world propagation?
6
Effect of night on VHF/UHF propagation
16
How does selecting the opposite sideband when receiving CW on HF reduce interference?
9
Can there be (long range) propagation of HF from satellites?
10
What's the difference between "maximum usable" and "critical" frequencies?
4
What causes the light and dark bands (of background noise) in an HF waterfall display?
4
QRN: How to chase down a solid S9 noise floor on 40m only