Why are tuning and amplification in the same block?

I'm studying for my foundation level licence in the UK and the book has the following diagram for a receiver: 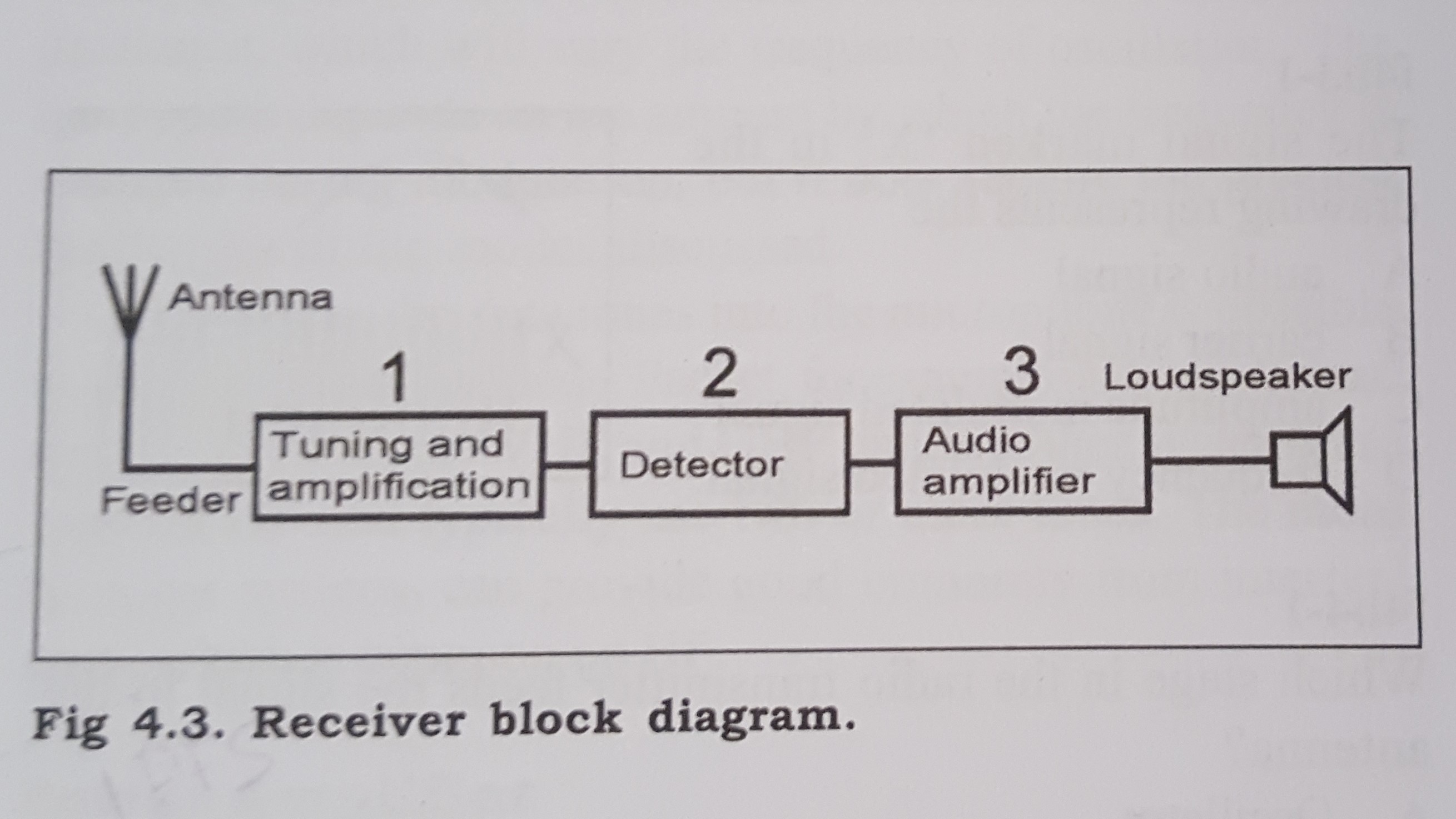 Why are tuning and amplification in the same block? Are they perform at the same time/by the same circuitry?

I do remember from secondary school the experiment of having a capacitor and a coil in resonance, increasing voltage. Is this why both happen at the same time?

In general, when you see a block diagram, the point of it is that the blocks contain multiple or unspecified elements, but the diagram accurately represents the boundaries of, and connections between, those elements.

“Tuning” is not a single process, and in most receivers the amplification is in multiple stages interleaved with the “tuning” elements, so having a “tuning” block followed by an “amplification” block (or vice versa) would be incorrect.

“Tuning” consists of both filtering and mixing, and filtering and amplification are usually desired both before and after the mixer(s).

Another question we can ask is: given that the receiver is a complex system of many elements, why did the author of this diagram sum it up in these particular three blocks?

If I had made it that way, it would be because these three can be characterized as:

Not the answer you're looking for? Browse other questions tagged theory or ask your own question.

2
How is impedance matching related to balance and common-mode currents?
8
Why must twin-lead conductor spacing be small to avoid radiation?
1
What are the signal loss mechanisms between a ground station antenna and a satellite receiver?
6
Why can't VHF / UHF be used with ionosphere reflection?
1
There is no reverse flow of energy in a mismatched transmission line, is this correct?
6
Can a common-mode current exist on the inside of a coax shield?
1
What's the practical significance of the source impedance in an RF filter?
0
Does the E-field propagate faster that the H-field?