So, I'm currently tinkering with a RTL SDR dongle and want to put an external antenna in the proper way (i.e. not by soldering a random wire on the included mcx terminated coax)

Thank you and sorry for my English

Is it ok to get a bunch of RG-58 sized connectors so that thinner types of coax will fit as well?

Not if you want to do it right. Proper termination of coax requires a smooth transition from the coax shield to the connector. Mechanical compatibility is an issue as well if you don't want your cables constantly breaking.

I've never seen a solder-on SMA connector except for semi-rigid coax. Usually they come in two kinds: clamp and crimp.

An example of the clamp type is Amphenol 901-128-11. This has a clamp nut assembly which the cable passes through, then the shield is folded back upon it. The plug then threads onto the clamp nut, with the folded back shield clamped between the two pieces. 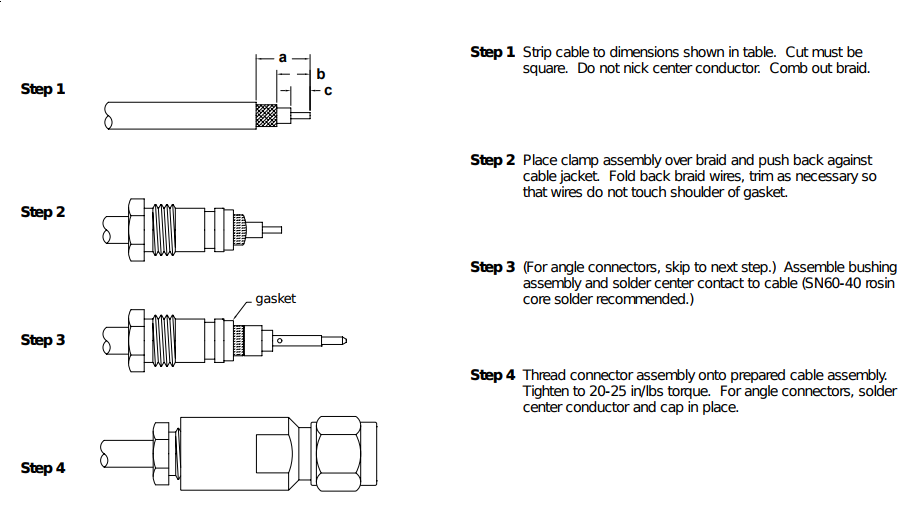 If the coax is too large, it will not pass through the clamp nut. If the coax is too small, it might work well enough. The coax will flop around, which will eventually fatigue the metal in the shield. And the geometry of the connector will be out of specification, compromising high frequency performance. Below 1 GHz you may not notice.

Clamp connectors don't require any special tool to install. That's about the only advantage they have. In an application where the cables are frequently handled, expect them to fail either due to working themselves loose, or from the shield breaking where all the strain is focused at the clamp point.

An example of a crimp connector is Amphenol 901-9511. These connector have an inner ferrule which slips between the connector shield and dielectric. An outer ferrule is then crimped over it, making both a solid mechanical and electrical connection. 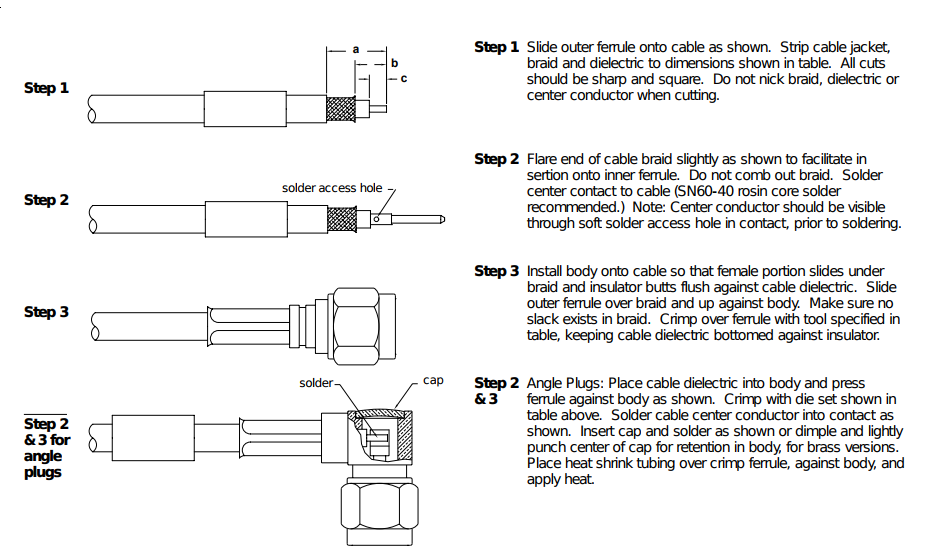 If the coax is the wrong size in either direction then the ferrule won't fit at all.

Crimp connectors are the way to go. You'll have to buy a crimp tool, but they're less clunky, and the crimp provides a more solid mechanical connection which takes the strain off the cable braid. They will never come loose. They never fail.

Soldering coax to connectors is tricky because it is easy to melt the dielectric. I would not recommend attempting it as a beginner, especially for small coax as typically used for SMA connectors. Crimped connectors are easier and give more reliable results, but require the correct crimp tool and matching all dimensions of the coax to the connector.

If you are constructing an antenna, unless the antenna contains coax as part of its design, I would recommend avoiding working with coax at all and instead getting a connector intended for panel or PCB mounting, then soldering the antenna elements to that, then using a separate cable/pigtail to connect the dongle to the antenna.

And if you are specifically looking to work with random wire antennas, I would suggest not soldering anything at all and instead getting a MCX-BNC pigtail and a BNC to binding post adapter. These are both common items and will allow you to simply clamp in any wire with the binding post, or attach an alligator clip, etc. BNC connectors are also much more convenient for experimenting because you can quickly swap between two antennas, and connect a variety of other equipment and adapters.

There are so many, well made adapters and adapter cables available, it hardly pays to try to put one together. Most are available for < $10 USD. 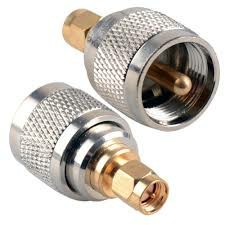 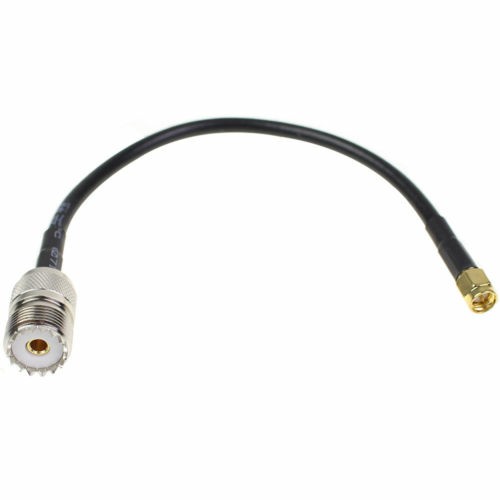 Not the answer you're looking for? Browse other questions tagged coaxial-cable connectors .

5
When should an adapter be used to marry a coax to a connector?
2
Measuring Connector Impedance
0
How to substitute a U229 connector?
1
Ramsey's DDF1 with a SMA connector
3
Antenna connector name
3
How to deal with foil shield when adding a connector?
1
How did SMA connector size become standard?
1
Replacing a N-connector with SMA, easy?
2
How to choose antenna "pigtail" pragmatically?
0
SMA 3.5mm to Baofeng or similar radio