Serialising a data signal with a Raspberry Pi

I've used instructions from Yannick, Linking an Arduino to a Radiometrix NTX2B Transmitter and Dave Akerman to get as far as I have. The image below shows the circuit diagram (from Dave Akerman). 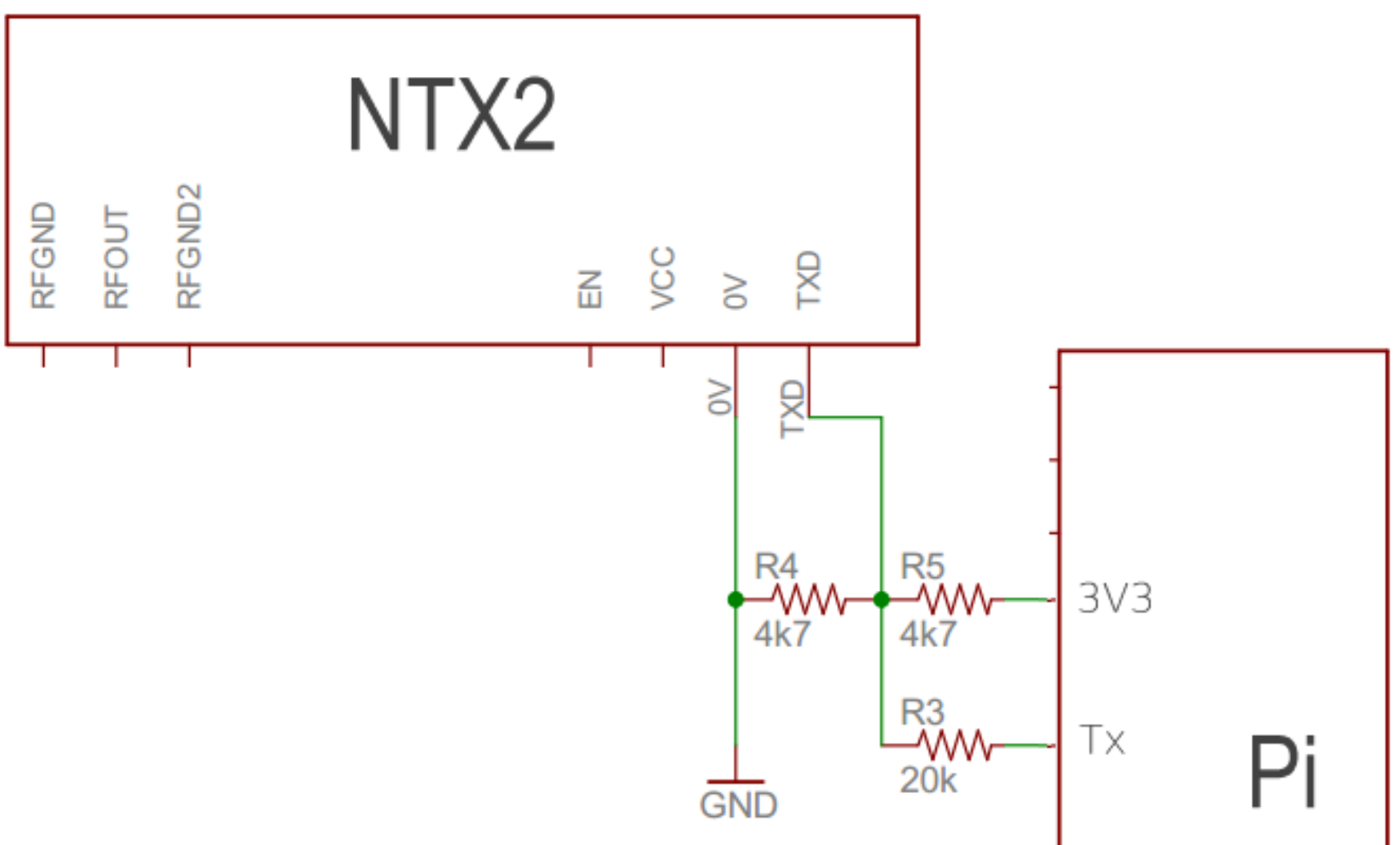 Initially, rather than connecting the transmitter input to the TX port on the pi, I connected it to one of the GPIO ports, number 18. I instructed port 18 to switch on and off every five seconds, and was able to see the frequency shift on the waterfall diagram on my laptop. :) Success! 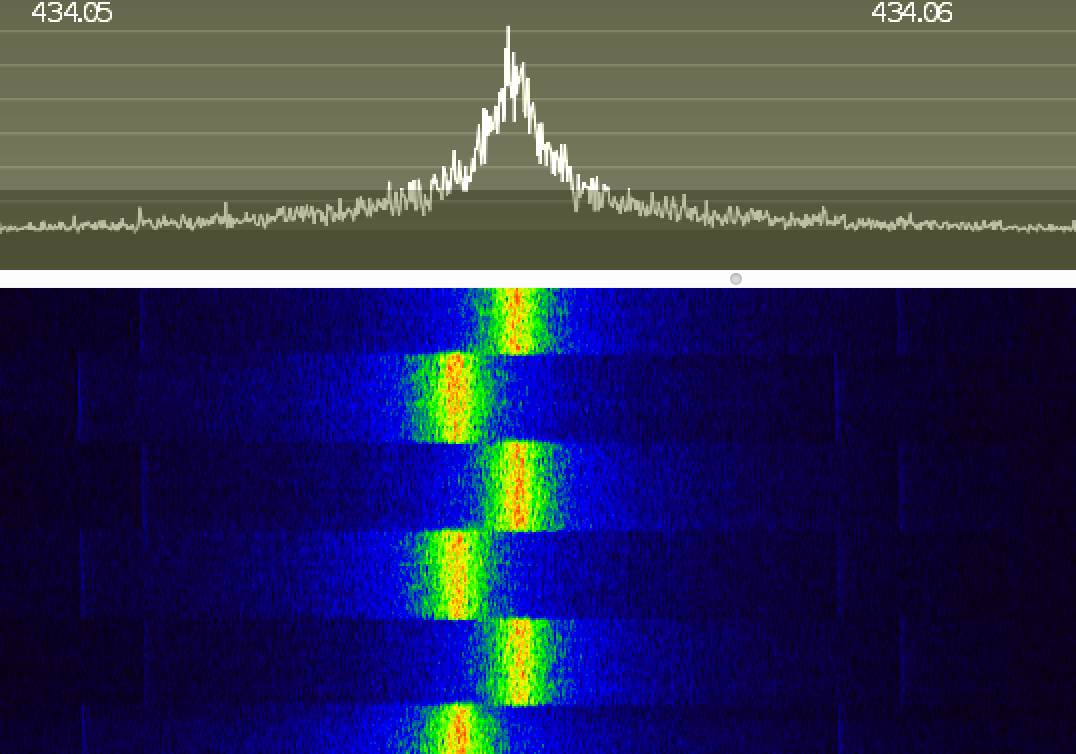 The next step was to send data by connecting the NTX2B to the TXD port on the Pi. I was expecting to see a double peak, one for 0, and another for 1 at a higher frequency, on the waterfall diagram. However, I get just a single peak, and so I'm not sure if I'm actually transmitting the data. I tried using setRTS to digitise my signal (similar to the previous experiment), however the waterfall diagram didn't show any change. Can anyone help me with this? :( 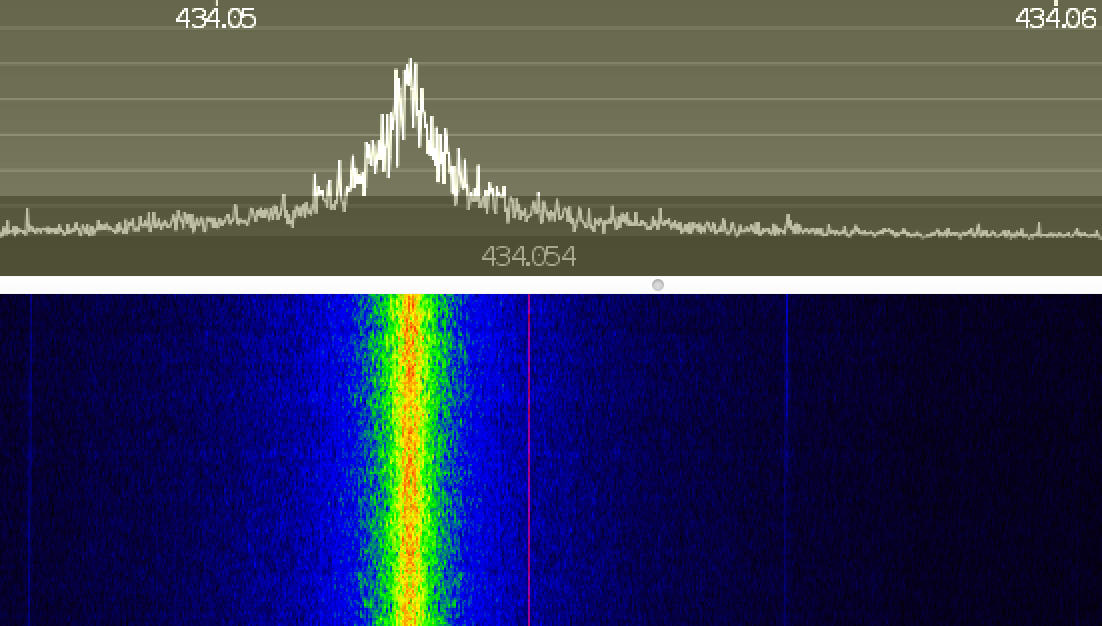 Your frequency deviation in the plot is somewhere in the range of 1 or 2 kHz – so, you really can't modulate it with 115.200 kHz of symbol rate!

Try 9600 bd on the interface instead. It looks like the TXD input directly modulates the output – and that means that the data clock is identical to the on-air data clock.

Personally, to me, this sounds like you shouldn't be using an UART to talk to the device. Instead, use the SPI interface, in hopes you can make constant-rate, seemless, multi-byte transmissions.

Package your data in packets (for example: take 8 byte of data at once). Each time before you start sending, send a preamble byte (e.g. 10101010b==0xAA==170) so that your receiver can find your transmission, and achieve clock synchronization (yep! that's necessary!).

Then, to improve the likelihood of successful transmissions (reduce the bit and packet error rates):

Not the answer you're looking for? Browse other questions tagged software-defined-radio rtl-sdr or ask your own question.