I have sampled a section of spectrum every few Hz. I have mean, standard deviation, and range data for every frequency sampled (and I can gather more statistics if necessary). I've sampled for several seconds before storing the spectrum statistics.

I would like to be able to guess where man-made signals (i.e. channels) exist in this spectrum (as opposed to noise floor). This is proving to be a difficult task, especially since the noise-floor power sometimes changes (different antenna inputs for different bands, for example.)

I doubt anyone has a ready solution for this, but what are some starting points, or tips, to help me begin to identify channels?

In the below image 'normal' is really autocorrelation from Pandas 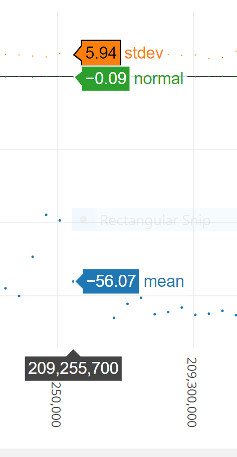 You might try taking a image capture of the spectrum waterfall for some duration, and feeding that image to a machine learning inference engine, perhaps a DNN.

The inference engine could be trained on a large image database with lots of waterfalls of lots of known or suspected signal types, similar to these signal ID databases:

There is a range of possibilities, depending on what kind of signal you want to find. I'll start from easy and move up to hard. I'm assuming that you are using an FFT to get your spectra.

Flat power spectrum, autocorrelation has a peak at zero lag, flat everywhere else. 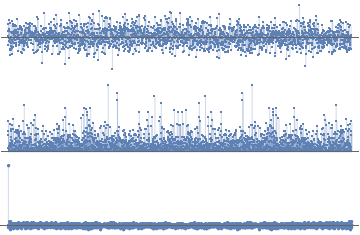 Radars use these to reduce their peak power requirements while maintaining range resolution. $\sin^2 \omega/\omega^2$ structure due to the pulse shape. Autocorrelation shows a narrow peak at zero lag. In the wild, these pulses are much shorter than I show here, leading to flatter, wider spectra. They can be difficult to distinguish from noise unless you have some independent way to calculate the SNR in the channel (which is difficult if you don't actually know that there is a signal in the channel). Best to just look directly in the time domain. 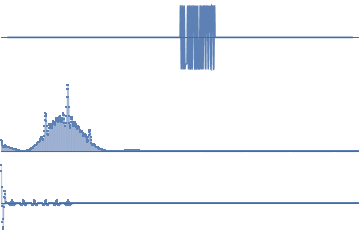 Easy to see in both the power spectrum and autocorrelation. 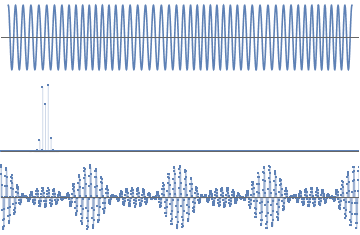 Sum of all three 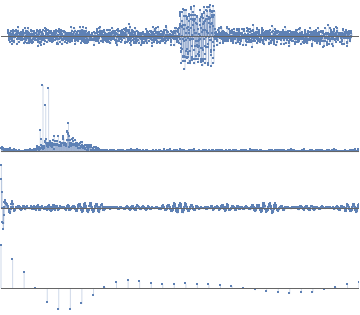 Well, this is a well-studied field (Radio Frequency Interference detection and mitigation). There are tons of literature about it.

The noise you receive is theoretically Additive White Gaussian Noise (AWGN). That means that its Probability Density Function (PDF) is Gaussian, and the pdf of its samples' power is exponential. By setting a false alarm probability according to the power of the signal, you can easily detect samples that potentially are not noise. Check the point 2.2 of this paper, for example. This threshold method is applied in the frequency domain in Frequency Blanking and Spectrogram Blanking techniques.

Normality Test are used as well to evaluate if a signal is AWGN. I have read a lot of mentions to Anderson-Darling test, but I never worked with it.

You can use Kurtosis to see if a signal is Gaussian or not (but be careful because Kurtosis is weak against certain sinusoidal signals). If it is not Gaussian, it is likely to be man-made (however, some frequency Jammers could emit Gaussian signals). Kurtosis has been also used to detect RFI in the frequency domain, not only in the time domain (look for spectral kurtosis).

Here you have an other interesting (and open!) paper about RFI detection.

I am not sure if there are AWGN-like signals made by humans different that noise for jamming. The spectrum of signals encrypted with codes (such as GPS signals, which use Pseudo-Random-Noise codes) are sincs, and they are only flat in a small fraction of its bandwidth. Even if you are sampling this small fraction, I am not sure if the signal in time will seem Gaussian.

1
Determining if what's on a frequency is signal, or noise