Is is possible to operate D-Star from a software-defined radio?

What is preventing a software-defined radio from transmitting the D-Star protocol?

Nothing is preventing an SDR from transmitting the D-STAR protocol, other than the need to implement it as such. It is open, and currently I know that Digital Signal Decoder (DSD) can actually decode some data and textual frames.

What prohibits transmission of D-STAR Digital Voice is the codec used to encode the voice - it's AMBE2000, which is patented and proprietary. A license for one of these is in the ballpark of $100,000, allowing only large businesses to use it. Icom, having already developed P25 hardware using the AMBE codec, is the only one to do so thus far, aside from the DVDongle (though I don't know how they can afford to use it). The reason why AMBE was chosen was because it was the only low-bitrate RF speech codec available at the time.

Now, if codec2 can be implemented over D-STAR (or its own protocol, like FreeDV), it would be completely open. This is certainly a future development.

Nothing. In fact, the UDR56k is an SDR and transmits D-STAR.

If you want D-STAR digital voice, you do need to purchase an add-on card which contains an ASIC from DVSI implementing the propritary AMBE codec, or pay a substantial (but undisclosed publicly) licensing fee. One can safely assume that any licensing agreement would forbid any free proliferation of the implementation.

The DVDongle contains the same ASIC, visible here as the large IC on the right, with "AMBE-2000" printed on it: 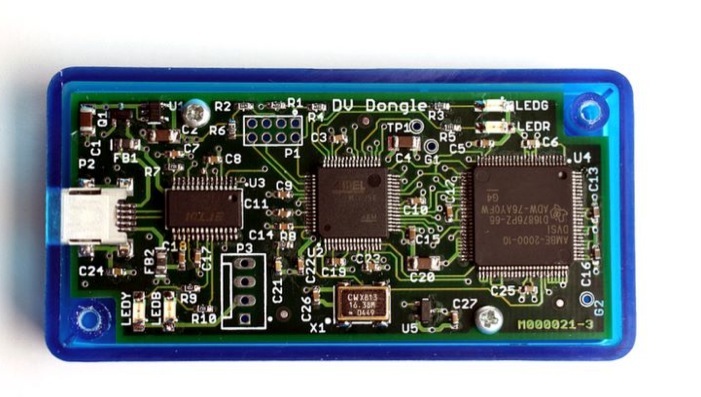 The middle IC is at Atmel microcontroller, and the IC on the left looks like an FTDI USB interface. There's not much else to it.

The propretary AMBE codec prevents you from using D-Star for voice. Without that codec, you can't talk over D-STAR. However, you can use the DV Dongle http://www.dvdongle.com/DV_Dongle/Home.html to talk with D-Star users over the Internet. 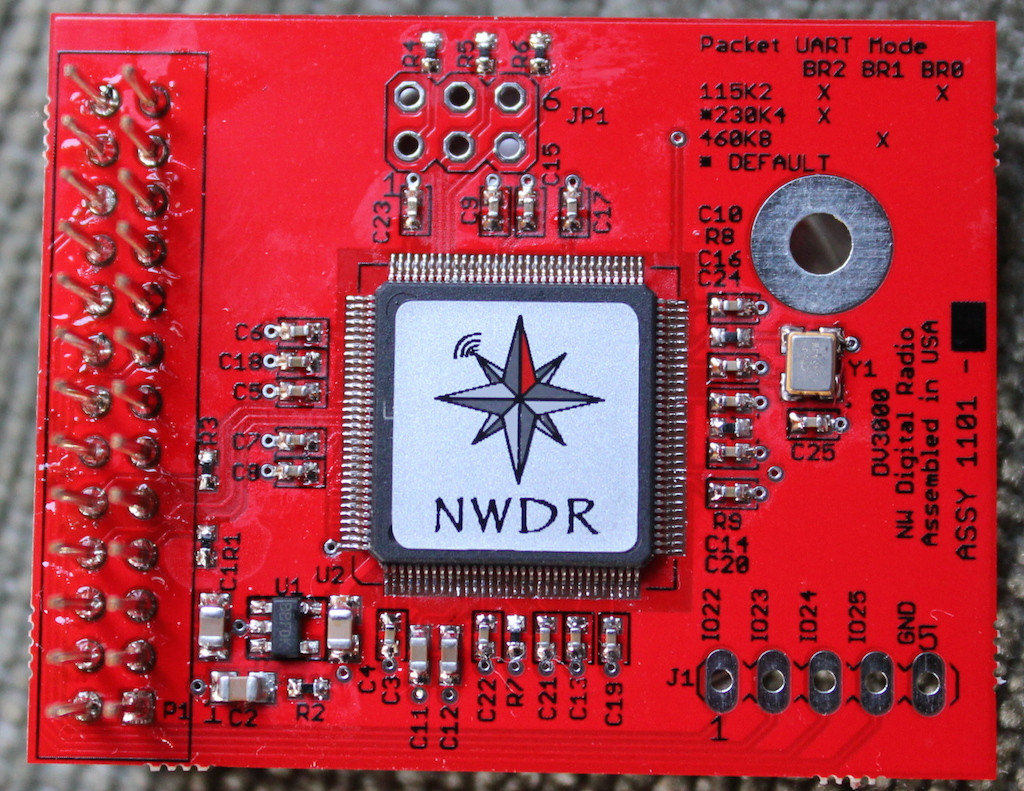 The DV3000 from NW Digital Radio provides the AMBE Vocoder. One person has modified Digital Speech Decoder (DSD) to use it instead of reverse engineered library, it is also supported by other solutions such as G4KLX's DummyRepeater. An AMBEServer, (Raspberry Pi + DV3000) on your LAN would provide Vocoding to a SDR if the proper protocol and modulation components were available.

The UDRX-440 is a band limited SDR which will provide GMSK modulation and use the DV3000 internally to provide D-STAR Digital Voice.

Not the answer you're looking for? Browse other questions tagged modes software-defined-radio digital-voice d-star or ask your own question.

10
Can an amateur use cellular technologies with SDR?

7
Can club stations register callsigns on the D-Star network?
2
How can I change my "home" registration server for D-STAR?
5
Software defined radio demodulation
6
DMR / DSTAR / P25 Software Encode / Decode
1
transmitted FSK, sniffed something PSK-looking
1
How to make a software defined radio using USRP and GRC
2
Measuring dBs with software defined radio
2
DVMega / DVDongle with a TNC connection to radio
1
How do I link a repeater on one of the DCS reflectors using IC-9700?
1
Frequency for UHF hot spot in the US