How do cell phone filters filter out all the extraneous EM waves and noise (especially noise) when you get a call?

I would expect a phone to have a bandpass filter to get rid of most noise but even then there is noise at still in the resulting signal.

How do cell phone filters filter out all the extraneous EM waves and noise (especially noise) when you get a call?

Short answer: they don't. Of course, they use a bandpass filter to reject EM radiation outside the designated channel. But every radio does that. Modern cell phones also dynamically adjust their antennas so they are more sensitive in the direction of the cell tower, and less sensitive to other directions where there's only noise. But after that, there's still plenty of noise mixed with the signal. 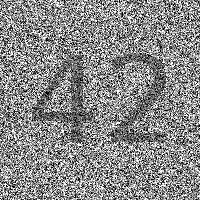 And you see forty-two, not fcrtv-lwo.

When the signal isn't great, a few of these errors slip in, but you don't notice them because you're paying attention to what's being said, not the audio quality. And, the codec is designed to make such things difficult to notice. For example, when a few bits of data are missing, the codec may continue making the same sound that it was making before the error to fill in the gap. Such things are difficult to notice unless you listen carefully.

When a lot of errors slip in, the phone just drops the call so you hear nothing at all.

Not the answer you're looking for? Browse other questions tagged filter noise or ask your own question.

4
Cellular VHF Interference
6
Filtering for PSK31 demodulation
2
Baud rate/frequency/bandwith/characters per second
3
How can I determine if out of band interference is affecting my AIS reception?
0
What's the practical significance of the source impedance in an RF filter?
2
Daisy Chaining AM filters to help with IMD
2
Under what circumstances does intermodulation become an issue in a filter after LNA setup?
0
What kind of filter should be used at the output of HF linear amplifier?
2
What is the current state of the art in CW filters?