I have recently acquired a nice looking dummy load on military surplus sale. Being relatively new to the hobby, I assumed the connector on it was something common. Turns out it is not. So far nobody has been able to tell what it is. The most specific answer I got is that it is a 'large TNC', except I haven't been able to find anything like it. Looking for the model number on the manufacturer’s site also didn't bring up anything useful.

I thought also of replacing the connector entirely, but it turns out that the center pin and dielectric are integral parts of the resistor inside.

Here are a couple of pictures of the load and the connector up close. 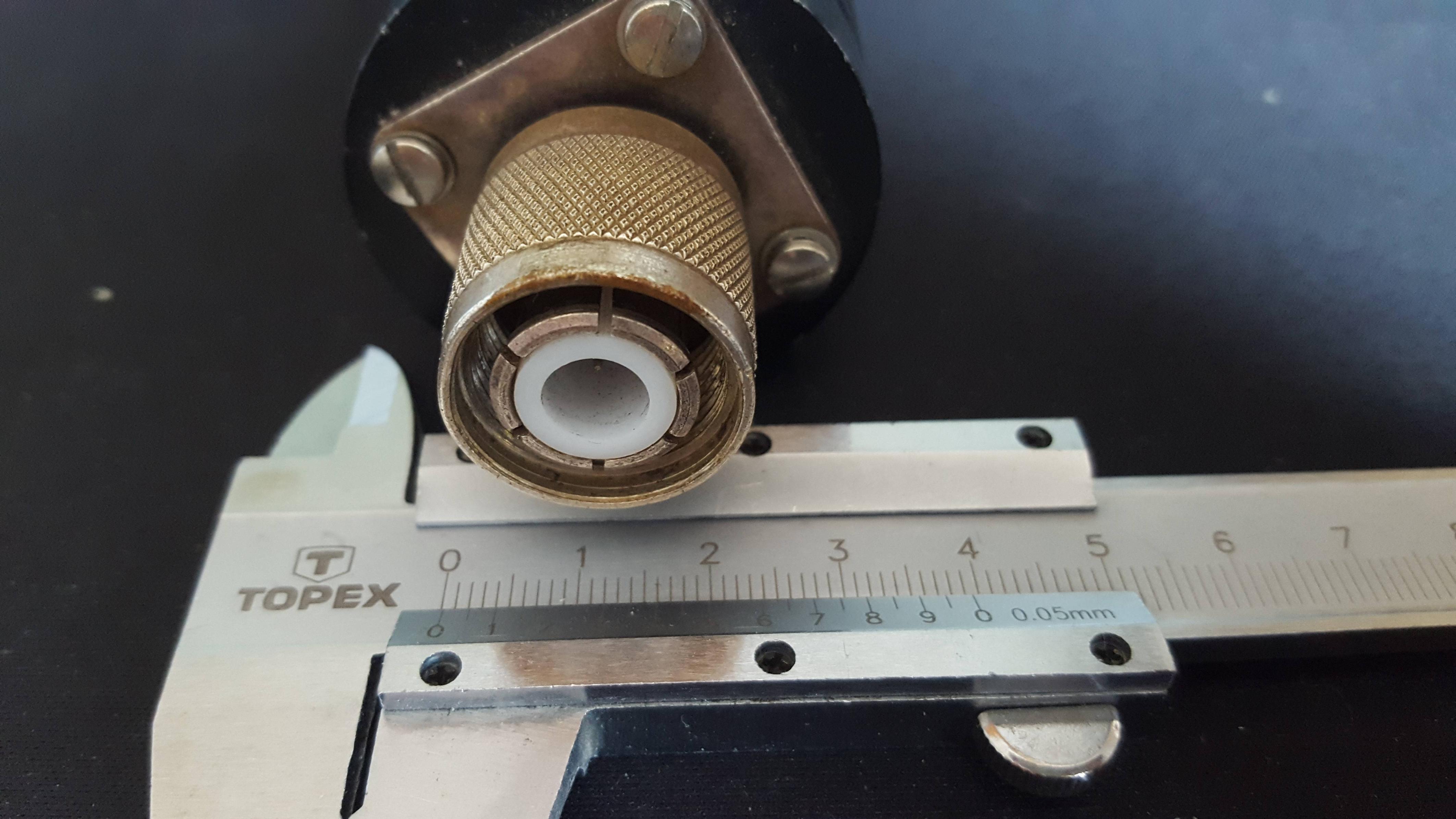 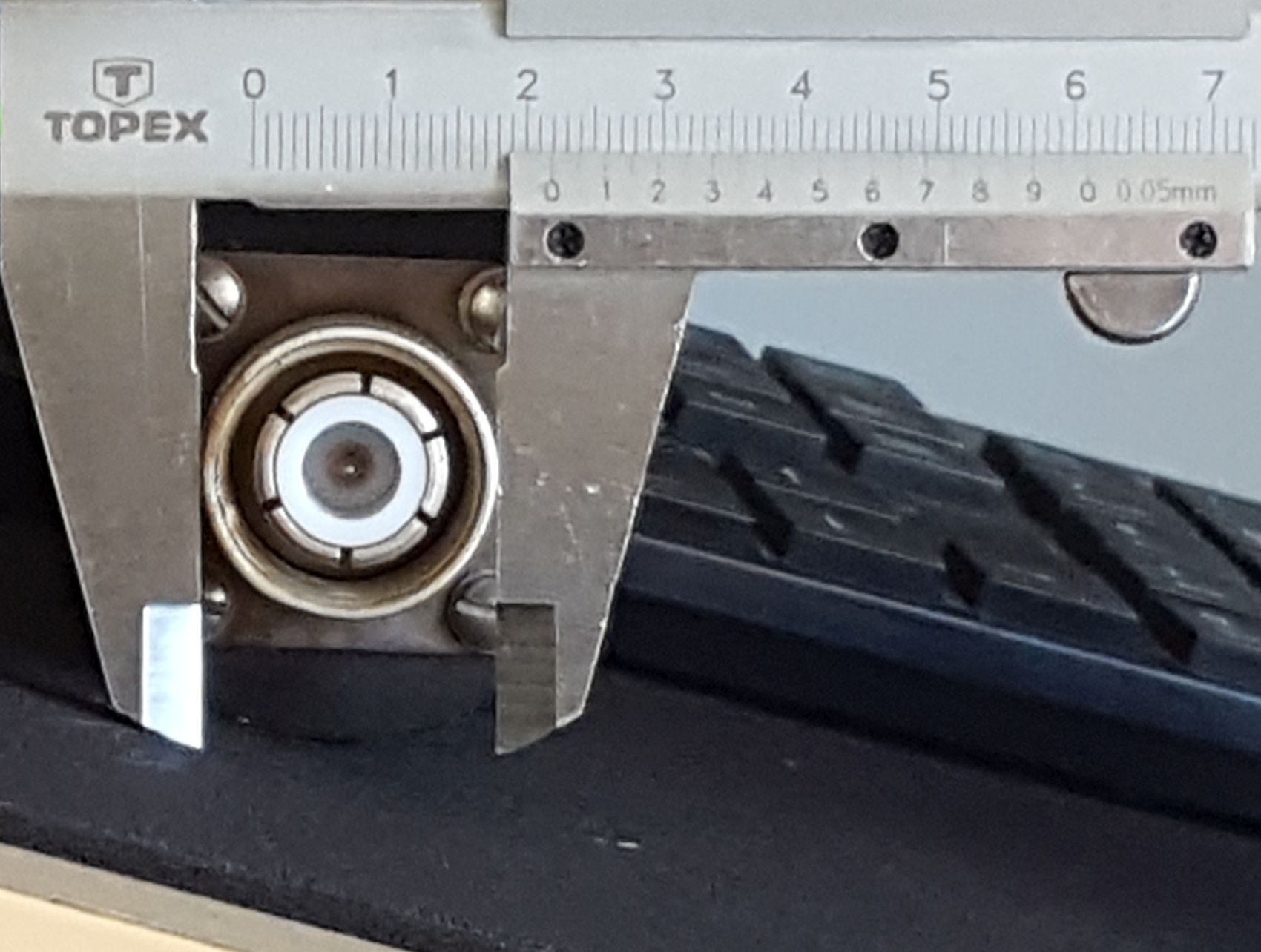 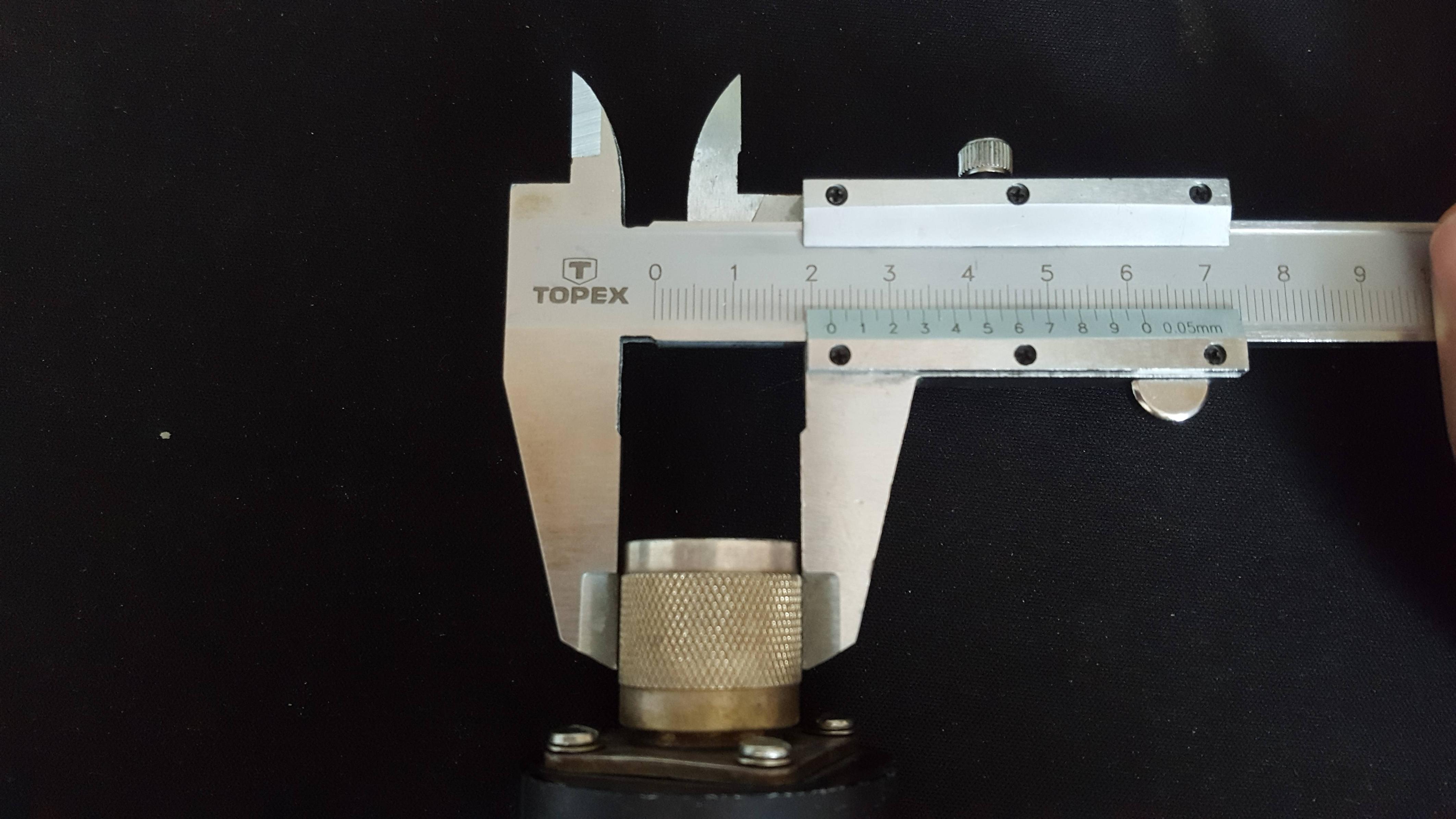 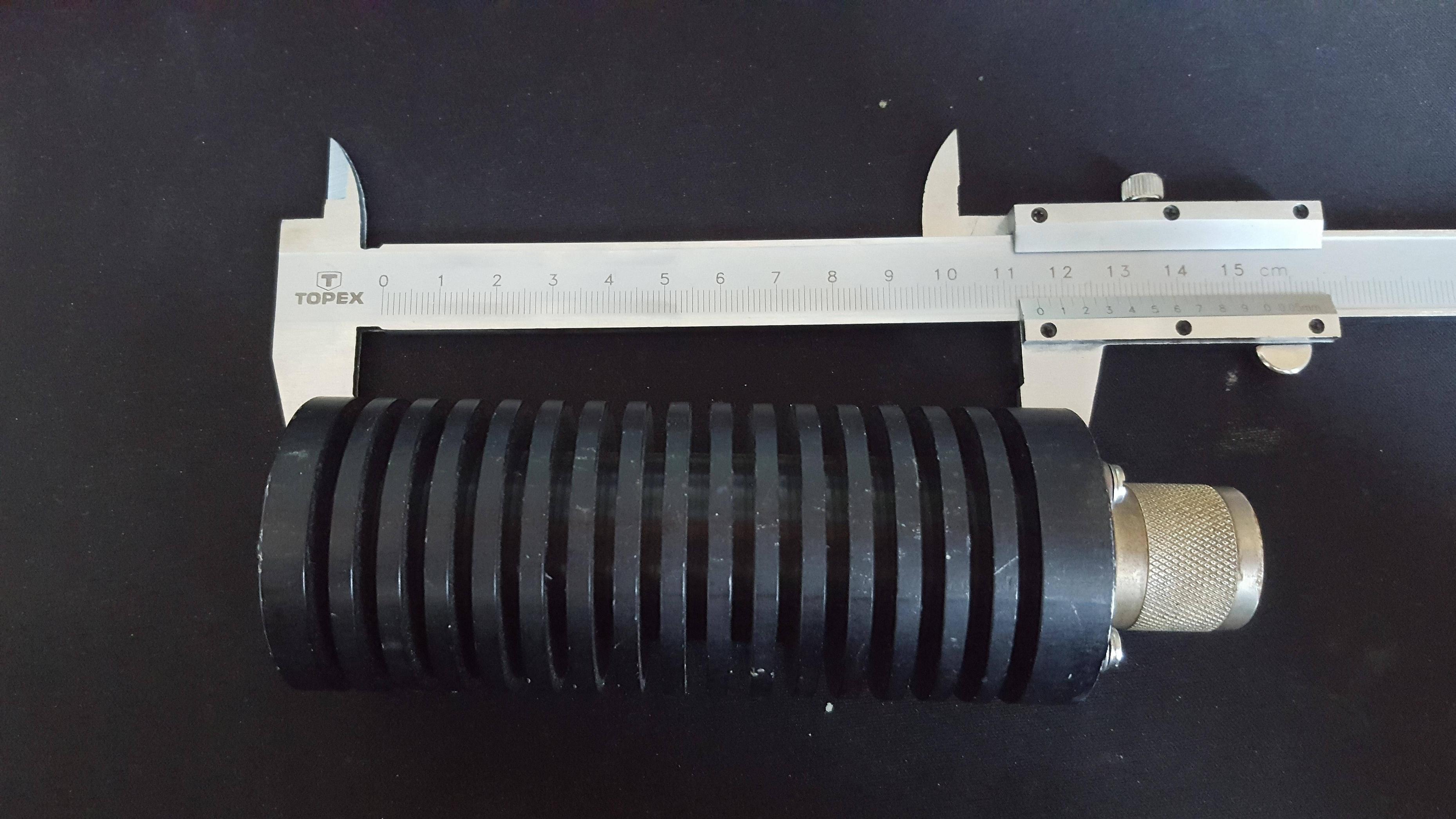 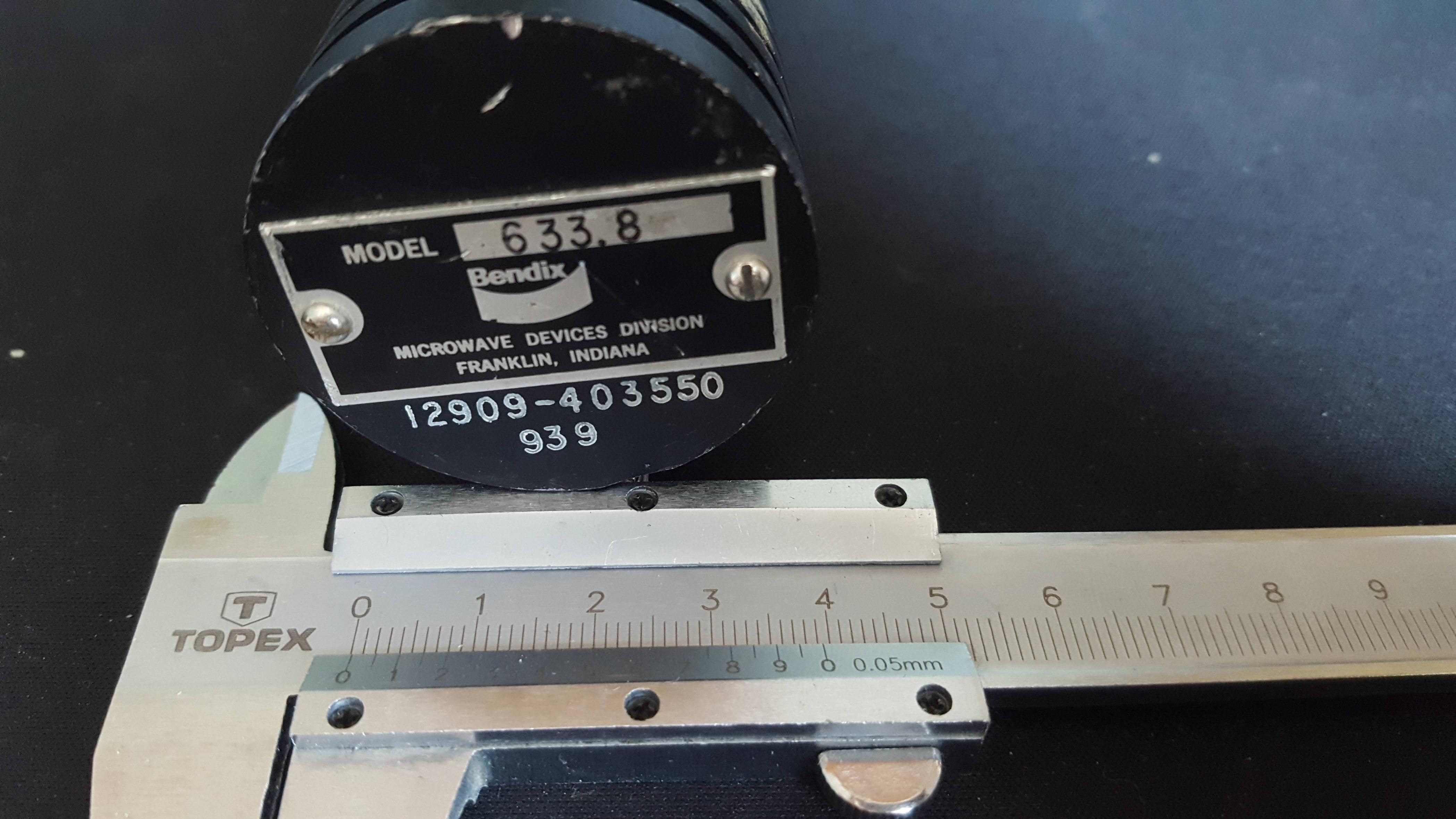 The connector is called an "HN" type connector. It has a 3/4-20 thread and it is usable up to 4 GHz. The Amphenol data on it is available here.

Looks like a male SC connector and the dimensions seem in the ballpark too.

I found this via a "Microwave Coaxial Connectors" PDF which describes it as:

SC (OSSC) - The SC coaxial connector is a medium size, older type constant 50 Ω impedance. It is larger than the BNC, but about the same as Type N. It has a frequency range of 0-11 GHz.

This matches what Amphenol says about their SC-Type Connector Series:

The SC-Type connector series is a medium size, 50 Ω series, with performance up to 11 GHz.

The SC-Type connectors are manufactured to meet MIL-C-39012 category D, specification sheets 35 through 43. The series meets all of the mechanical and electrical requirements of the Limited Co-ordination Specification (LC Spec.) as generated by the U.S. Air Force.

Tom Williams (WA1MBA) does not show this connector on his RF Connectors for Upper Frequencies page yet considers it "common":

There are many other common RF interconnects, but are not described in this treatment because their performance in the microwave region is very limited. Examples are C, HN, SC, LC, various EIA, UHF, mini-UHF, Motorola, HV, SHV, and RCA Phono. [emphasis mine]

(Clearly that's a bit at odds with the "up to 11 GHz" frequency range I see cited everywhere else.)

Maury's "Microwave Coaxial Connector Technology: A Continuing Evolution" PDF also lists it amongst "General purpose coaxial connectors in wide use for systems application" and summarizes it as a

Threaded version of type C for aircraft and EW applications.

Not the answer you're looking for? Browse other questions tagged connectors equipment dummy-load military-surplus or ask your own question.