The designs I have seen all seem to have this surrounding stitched-to-the-ground copper pour surrounding them. Why put it on a differential antenna PCB like below ? And why are those thin lower left traces brought there for ?

EDIT: For the thin lower left traces question - what I wanted to ask is why are they not connected to a MCU, or, in case the pictured IC chip already contains a MCU, then why are they not terminated onto some external connector so the MCU can be programmed ?

MORE EDIT: The image below was taken from page 29 of http://www.ti.com/general/docs/litabsmultiplefilelist.tsp?literatureNumber=swra161b 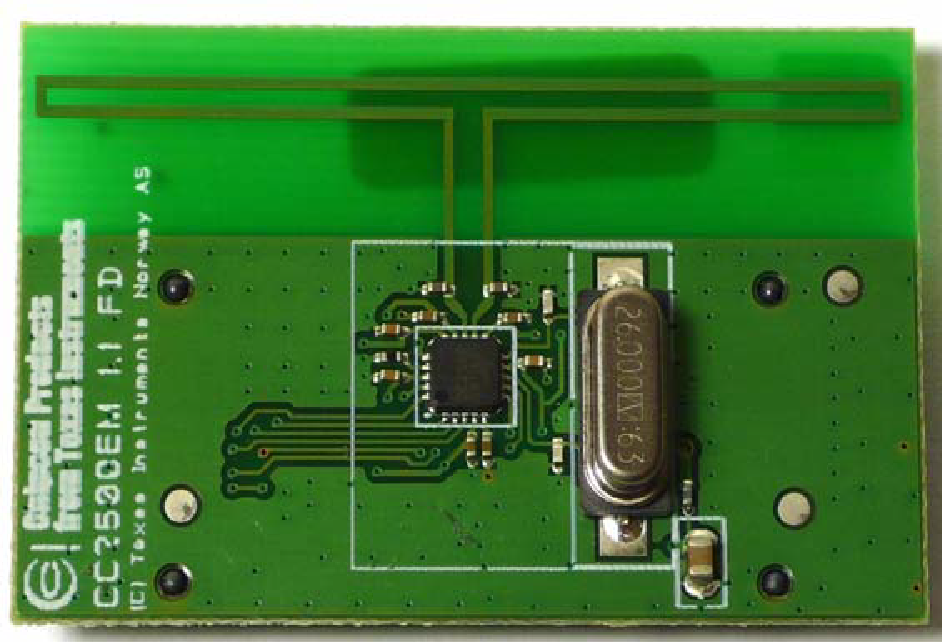 The PCB shown here is a demo board, described in this TI application note.

Point is that all the components in the schematic (p.4) that are not on top of this design are on the bottom side – and that includes two sockets, one for power only, and one that seems to carry serial data.

For more info, you'd have to read that IC's data sheet, and the specification of the platform – someone certainly wrote down which pins on these (hidden) connectors do what, and the PCB designer had to live with that.

Generally, having a ground plane next to an unbalanced RF-carrying trace is a common technique – a coplanar waveguide. You're right, in this case, the majority of E-Field should definitely be happening between the two balanced traces, so that's not the motivation here.

If you, hower, look into the document linked above, you'll find this anotated photomask of the top layer: 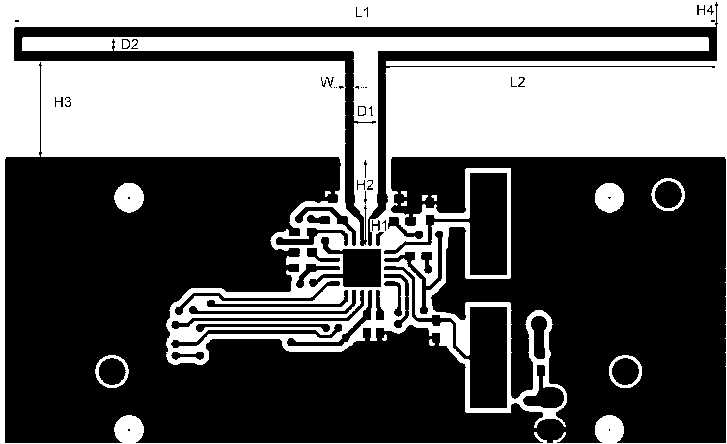 The text further up claims that the Dipole is already impedance matched, so that basically leaves geometrically practical aspects (you need have some sort of feed towards the antenna, and you don't want to start making funky non-rectangular ground pours, and if possible, the ground should be parallel to the dipole), aesthetics, and the fact, that, at least a little bit, the traces and components close to the RF pins on the IC might interact, so it's usually desirable to have them surrounded by ground.

Not the answer you're looking for? Browse other questions tagged grounding antenna-system or ask your own question.

9
What causes ground losses in a HF antenna system?
8
What are some ways to ground a transmitter+antenna in an enclosed attic?
8
Grounding VHF base station antenna
9
Grounding a second-story shack with an outdoor antenna
2
Should I ground a 2 array crossed yagi-uda antenna?
0
Determing short or open location in antenna system
4
Antenna, input and ground bonding
3
Grounding a chimney mounted antenna
0
ISOTRON 80m 75m Antenna Position