How do transmission lines affect the impedance of some arbitrary load?

Let's say I have something like a non-resonant dipole, so that impedance changes depending on frequency and could take any number of values.

Whatever that impedance is, how does adding transmission lines or baluns change the impedance seen by the transceiver?

You are probably familiar with SWR, where 1:1 represents a perfect match. SWR quantifies the magnitude of mismatch between two impedances, such as the antenna and the transmission line. As the two impedances become more unequal, the SWR increases.

SWR tells you the magnitude of mismatch, but nothing about the relative impedances. For example, 25Ω and 200Ω are both a 2:1 SWR to 50Ω coax. There are also any number of complex impedances that are also a 2:1 SWR.

There is a more general concept to represent mismatches: reflection coefficient ($\Gamma$). It's a complex number that quantifies not only the magnitude of the mismatch, but also the phase. 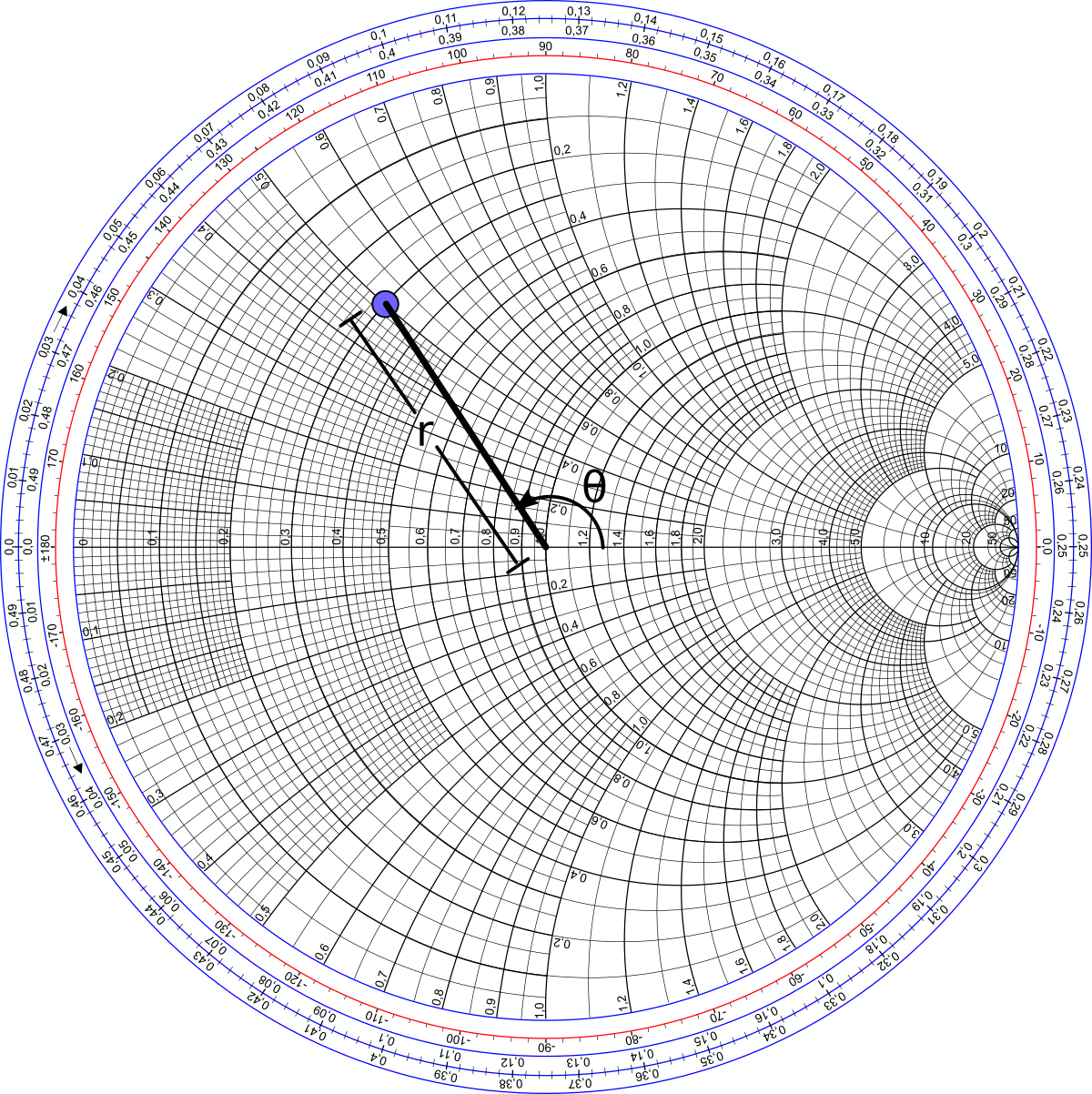 By measuring the distance from the center, and the angle, we get the reflection coefficient in polar coordinates.

That's the impedance of the antenna at the feedpoint, normalized to 300Ω. Now let's add a 300Ω transmission line of increasing length, and consider the impedance at the end of it that would be seen, for example by the transmitter. 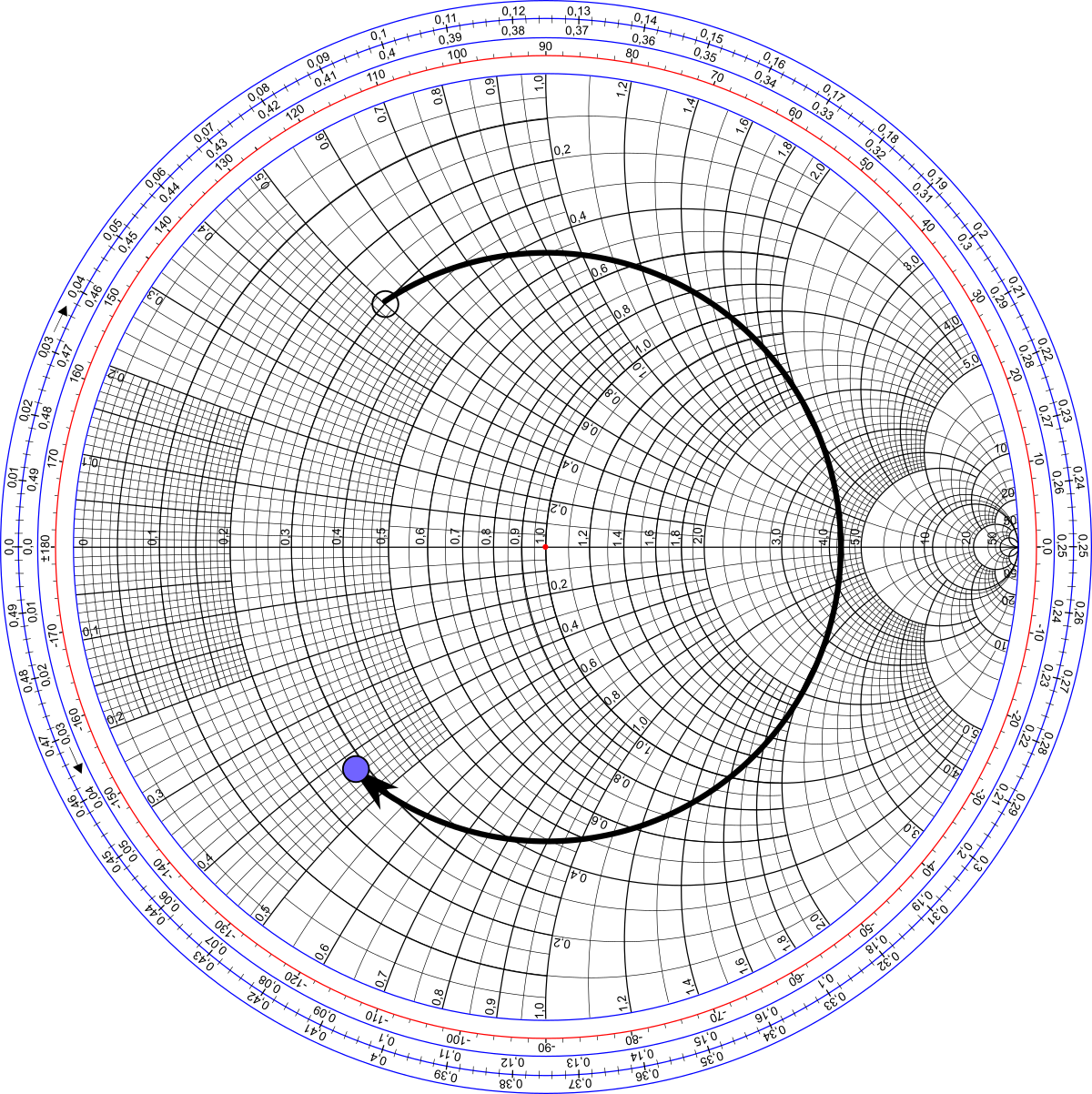 As the transmission line gets longer, the equivalent impedance moves in a clockwise circle around the center of the chart. This changes the phase of the reflection coefficient, but not the magnitude. Since the magnitude is constant, so is the SWR. 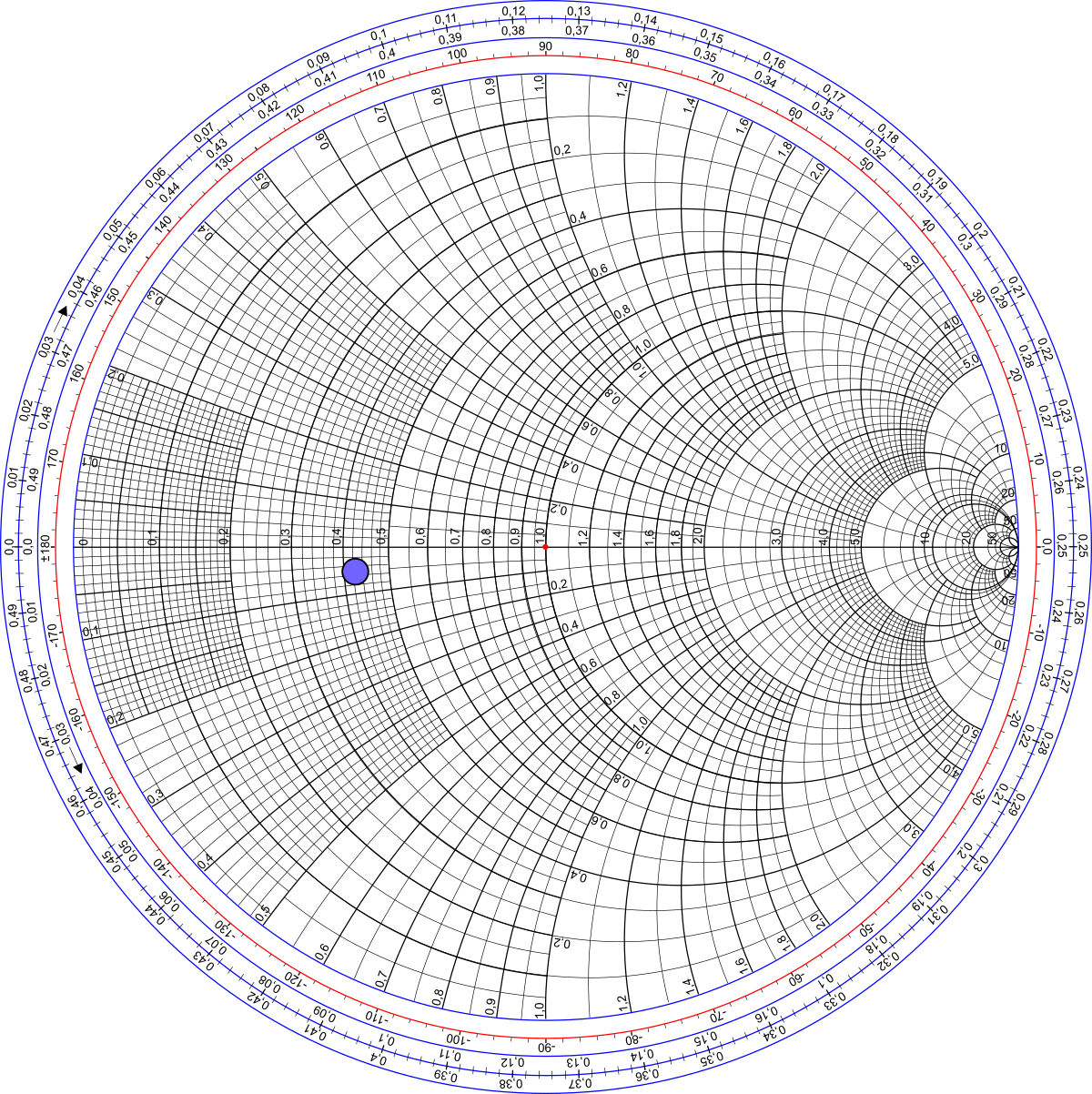 As before, as the transmission line gets longer, the dot moves about the center in a clockwise circle. Multiply the final location by 50 to get the equivalent impedance seen by the transmitter.

I am giving below the same answer, but in a mathematical form, in case some one is interested. 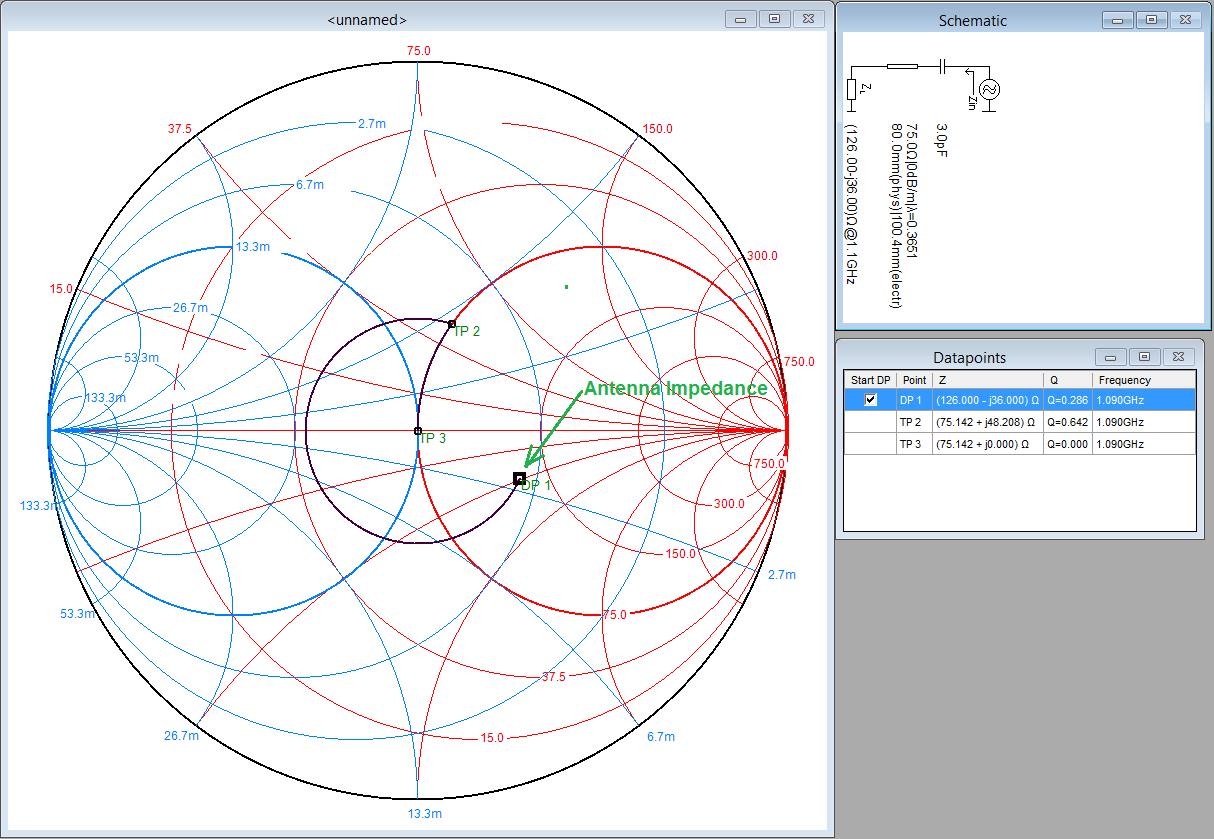 Not the answer you're looking for? Browse other questions tagged transmission-line impedance or ask your own question.