I am repairing Shengda sdhf dual band antenna (looks similar to a Comet x50) it showed a SWR of >3 on both UHF and VHF. I opened it up and the only connection I could see from the centre core to the antenna element is two caps. I'm pretty sure they are broken.

They are not marked though and the electronic store clerk couldn't help me either. They do have colours marked on the tip but it doesn't agree with any of my textbook identification charts. Any help would be appreciated. 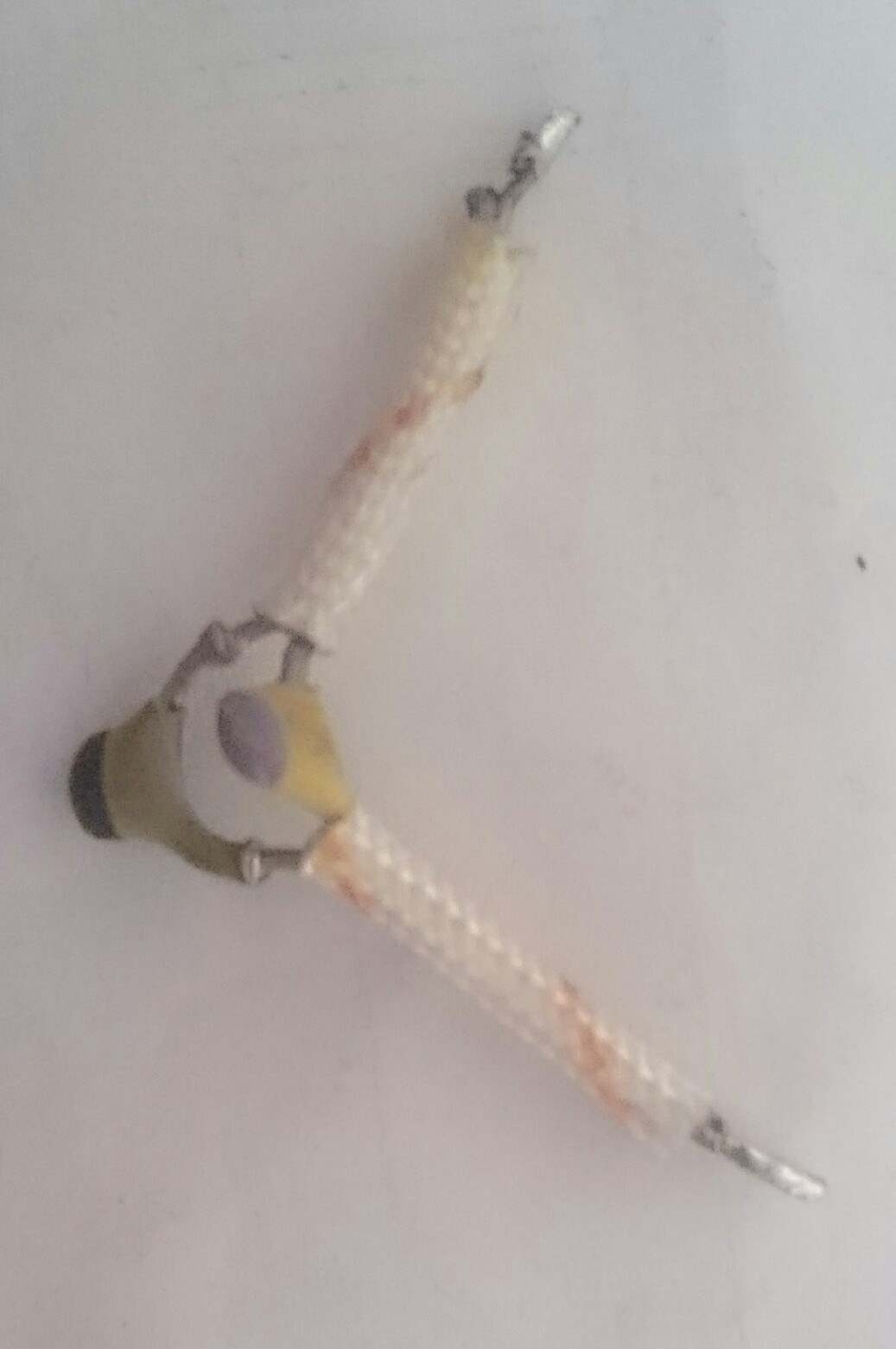 They are almost certainly capacitors, probably a few pF each. If it were a bigger name, you could probably find a schematic, but that seems improbable here. A high SWR could be caused by a shorted capacitor, put a continuity meter across them. If it reads short, one of them is dead. If it reads open, they're probably OK.

If the caps seem OK, the antenna could have also just been detuned by thermal cycles, mishandling, or possibly from the factory. Check the SWR at various points on the bands and see where it's lowest. You may then be able to tune for a better SWR by physically manipulating the spacing between the driven elements and the reflectors, or by shortening or lengthening them.

Have you tested with an ohm meter to see if they charge and discharge on the scale (alternate the test leads on the ends) They appear good. Caps usually bulge or have burn holes in them. Those look like Tantalum caps. One with a Black top with gray base and the other purple with a yellow base. Look up Google images for color codes. If they indicate a direct short on the meter, they could be Inductors.

Not the answer you're looking for? Browse other questions tagged antenna-construction capacitance or ask your own question.