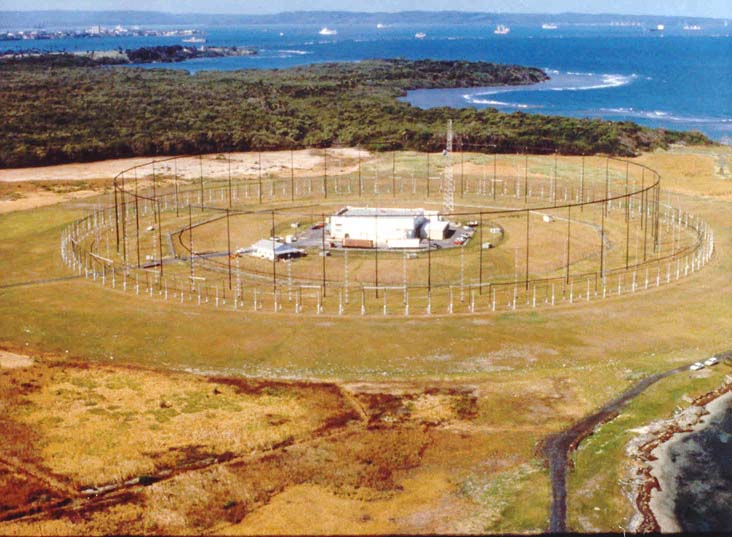 Wullenweber circularly-disposed antenna arrays (CDAAs) are large HF direction-finding antennas, sometimes colloquially referred to as "elephant cages", that were popular in the Cold War. They allowed the bearing of an incoming signal to be located to perhaps 0.5° (for the US Navy's AN/FRD-10). I've been fascinated by them ever since I saw the one on the Silver Strand south of San Diego, California. Dozens were built all over the world. Now nearly all have been demolished. The Wikipedia article for the US Air Force's AN/FLR-9 says "advances in technology have made the FLR-9 obsolete."

What advances in technology made Wullenweber CDAAs obsolete? What technologies are used for military HF direction finding now?

EDIT: I'm talking about fundamental advances in technology. I presume if the technology were still broadly useful, then the electronics would be modernized. To rephrase the question, why do modern militaries not use giant circular antenna arrays for HF direction finding any more? What do they use instead?

Two major reasons HF direction finding arrays like that aren't particularly useful any more (you won't find many fixed HF DF stations at all, even more modern ones):

These days, direction finding work is of the most acute utility on the tactical level, not strategic. You've got satellite imagery and various long distance surveillance platforms for finding carrier groups in the middle of the ocean. Those assets can't help you find smaller elements such as a platoon or even just a lone operative, so you employ an asset that is operating on the level where the things they're going to look for are of most interest, primarily the local/regional scale, and a single aircraft may be able to cover an area the size of a small country for such work.

First, there are better DF antennas now and they take up way less real estate. Some of them are .. the Pusher and "L" and "T" arrays. The electronics for these is more sophisticated than the conventional "Elephant Cage" CDAA but they are faster if the electronics is designed and implemented correctly. The FCC in Laurel Maryland took their CDAA down and installed an "L" and "T" array (I can't remember which now) In addition, since the solution is an electronic one instead of mostly mechanical (manual goniometer run by a motor) it is far easier to remote ALL of the controls so that it can be operated from anywhere given the correct control protocols.

Second, the old HF BULLSEYE NET as we knew it has been disabled now with various sites being returned back to the host governments in most of the foreign countries.

I hope this has helped answer your question.

First of all: why is it surprising that a radio device built in the 1960s has become obsolete?

I don't know the specific reasons why this specific type of direction finder has become obsolete, but among these reasons might simply be:

It's really no surprise that the military has adopted different systems since then.

Generally, however, CDAAs aren't obsolete – circular antenna sets still have nice properties when paired with the appropriate DSP algorithms. Thus, they are still in active usage in SIGINT; it's really just that 1960's analog systems are really not relevant anymore.

Having worked as an intercept operator at these sites in the 70's I can say that there just isn't anything to intercept on the HF bands anymore.

Wullenwebers have been replaced by the FCC HFDF ("huff-duff") system. Several HFDF installations are located in the USA along both the north and south borders and the east and west coasts, plus Alaska, Hawaii, and other locations such as some US possessions. Most of them are unmanned.

Google Maps has a listing of their locations. You can zoom into each location and view the antenna supports, but it's tough to make out all the wires so as to determine exactly what the antennas are. In spite of that, it appears most of those sites use a single V-beam, judging from the support structures (which is all I could make out from the satellite images at maximum zoom a few years back). A few apparently used the older Wullenweber arrays. You can certainly see enough to realize how simple these small HFDF antennas are compared to a Wullenweber!

The FCC HFDF installations all tie in to a manned but automated central control headquarters. When someone transmits, their precise location is quickly recorded and with far greater accuracy than expensive Wullenweber arrays could.

And the FCC uses it, according to this ARRL page about it. For example, the FCC wrote a letter to a wayward ham that "...you were heard by staff at the Commission's High Frequency Direction Finding (HFDF) Center communicating repeatedly on 14.313 MHz ..."

The demise of the military CDAA is not an issue of capability, accuracy or even economics, but the primary driving factor is the change in mission, targets and technology. HF; whether it's SSB, CW or even digital, is simply not today's prevailing set of tactical or operational frequencies. In addition, satellites and other passive technologies do not require the target to transmit a signal!

One comment: By the late 1960's, CDAA target location was highly automated, including multiple computer generated bearings, and refined elyptical search areas with each bearing. Fron the time of the automated bearing request, location times were better than 2min for NB, with WB better than 5min. WB times were NOT dependent on the antenna or the recievers, but on the technology required to address the variation of the transmitter center frequency for the short duration signal. New technology in mid 1970's solved this issue, automating WB bearings. Repeated localizations provided target tracking data to commanders, supporting field observations and field data. By the 1970's target tracking was part of a secure database including date, target, track and confidence included...

Accuracy: The CDAA design, technology and field implimentation means that the accuracy of each site's bearings are highly impacted by the level of maintenance and consistency of the antenna and the individual elements. Without daily antenna and signal handling maintenance, each site deviates from the "best case", which is listed in the classified tech documents and performance testing as much better than 2.5 degrees!!

Response times are not primarily driven by the antenna characteristics, but the data sampling rate (electro-mechanical, ecectronic, or otherwise), data transmission time (including both receiver's tuning and bearing response) and lastly the ABI calculation algorithms.
So, beyond the fixed sampling rate, the biggest limitation is the confidence algorithm in the ABI calculation. What signal quality and how many "valid" samples are necessary to satisfy and complete the calculation. Obviously a marginal signal requires more time to satisfy the calculation. ABI = Automatic Bearing Instrumentation

being a circular antenna has very little to do with it. The Pusher is a circular antenna it is however smaller in diameter. Hams still use circular antennas for the lower bands BECAUSE they have excellent properties when it comes to DFing signals. This allows them to rotate around the globe to pick the strongest signal available. The resolution is often better in the newer antenna types however with the best DF cut being approximately +/- 2.5 degrees. What stops better resolution is the non-homogeneous nature of the ionosphere.

One further thing that did help to bring about the demise of the CDAA in the early to mid 90s is the drop in CW and other HF signals to obtain bearings on with the bulk of the targeted traffic moving to satellites by that time.

By the way these CDAA's and their successors work quite well on CW, SSB, AM, FM and even some of the newer modes even though the latter replacements might have been quite a bit faster when obtaining a bearing on a particular signal.

Not the answer you're looking for? Browse other questions tagged hf direction-finding .

9
How are multiple-operator contest stations with one radio usually operated?
3
Why are loop antennas placed horizontally in HF
17
What does a noise blanker really do, and what are the side effects?
29
Which HF bands are best during the day and which are better at night?
10
Why are commercial SDRs so limited in operating frequency?
3
Are there many analog (AM) shortwave broadcast stations left?
9
Why don't monolithic HF transceiver ICs exist?
5
Why are the lower HF frequencies not working during winter day time?
5
What are these antennas used for?
3
Are circular polarized antennas on HF subject to polarization fading?