I feel the answers here have gotten too complex. The simple answer to OP's question is for his radio transmission example there is only 1-way propagation hence the inverse square law. For radar transmission it is 2-way propagation, hence the 1/R^4 as per the radar range equation. Note this is for primary radar, where the radar's transmitted signal is reflected back to the radar's receiver. For secondary surveillance radar (which is quite similar to the radio transmission example), the aircraft transponder is detecting the radar's transmitted signal and broadcasting back a radio signal with the squawk code and altitude encoding (and more if mode S). This is (one of the reasons) why SSR has longer range than primary radar. 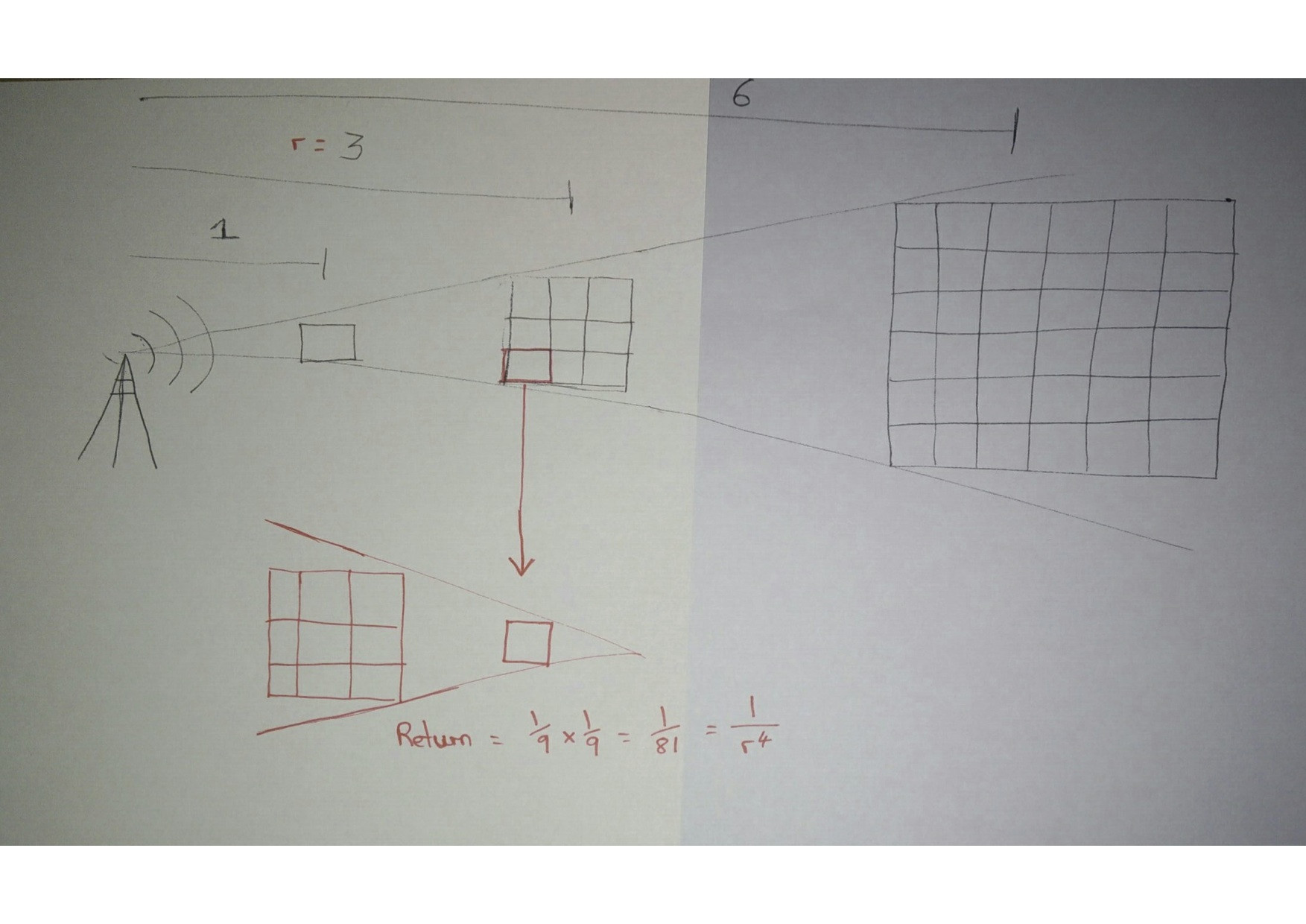 4
What factors (out of operator control) can affect the range?
4
What does radiation power mean?
2
TX output power increase when fed through filter
3
Can I estimate range of a low power transmission based on power (in mW)?
3
Why does the output power of some AM transmitters increase when modulated and of others decrease?
0
RF Coverage range doesn't improve inspite of increased Tx power
2
Could I expect 12 mile range with the GXT1000VP4 radios?
1
What does an antenna range really mean?
7
Double power-handling ability of RF amplifier output transformer
1
Increasing communication range by boosting output and input power