I have a device of copper and iron (about 8 kg) which looks like two shell inductors joined so that there is some coupling but high leakage. The windings seem to be identical. Each is a single continuous winding with 4 intermediate taps. I did not see this in use, but when I got it the two windings were linked at one end. The equipment it came from was powered, I think, from normal 240 VAC mains.

It's just my curiosity, but I can't fathom what it might do. Since the windings were linked, it does not provide isolation. If it is a transformer or common mode choke, why so little coupling? If it is two independent auto transformers or chokes, isn't the coupling a problem?

Anyone seen one at work anywhere? 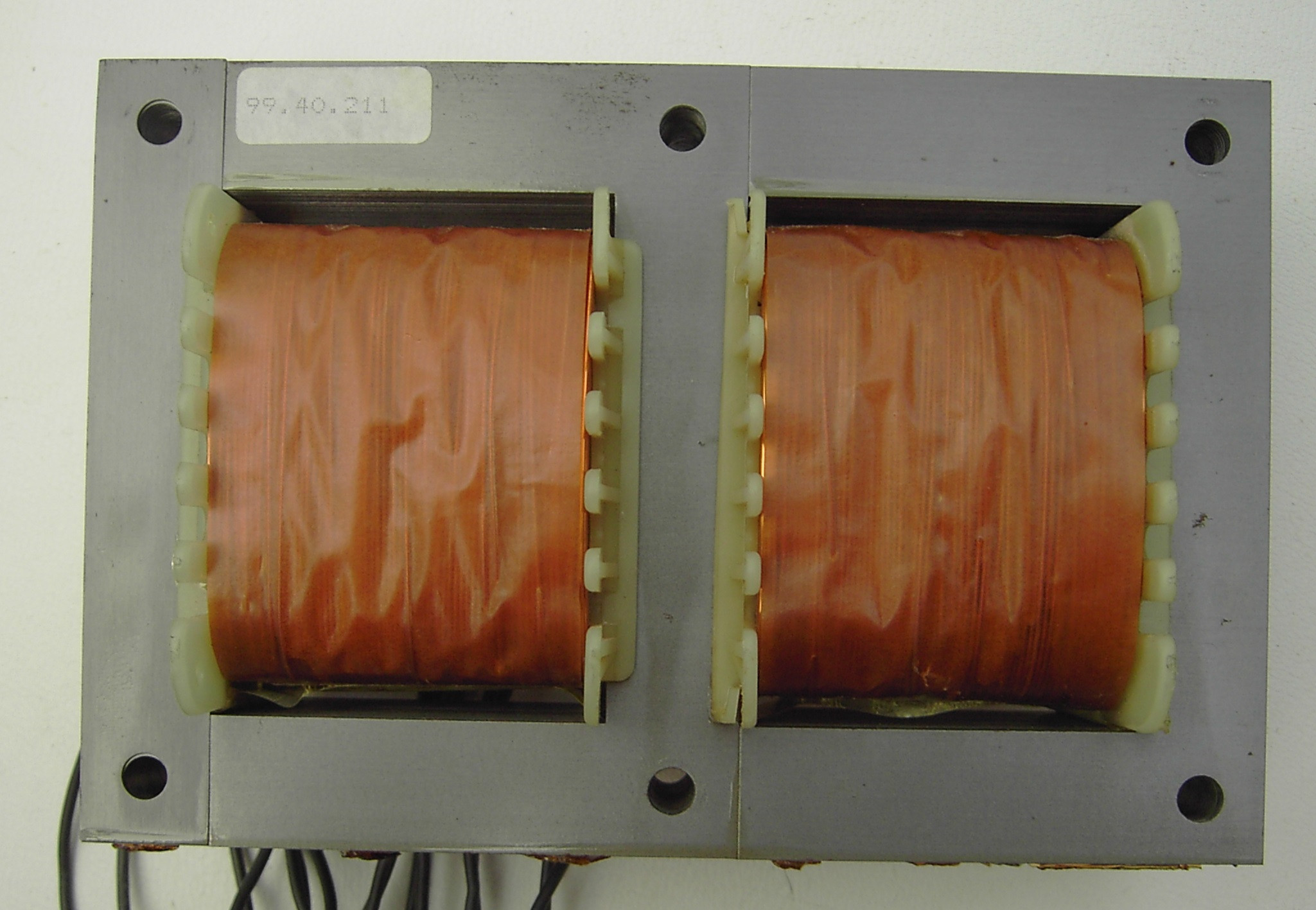 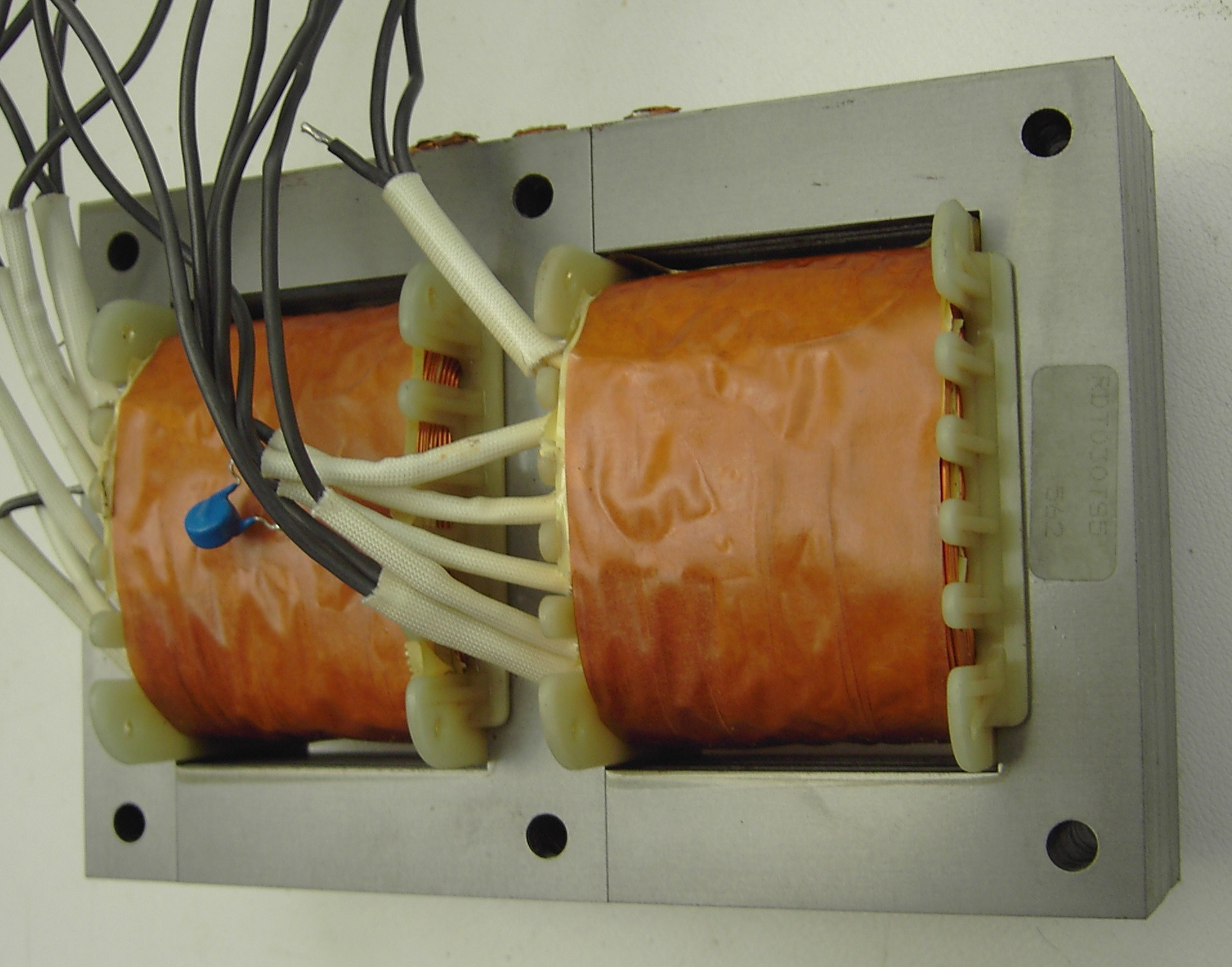 This is likely a ferroresonant transformer.

If you wanted a surge protector, a motor-generator would work pretty well. Is there a way to get rid of the moving parts of a MG? Yes.

Most transformers are fairly linear, until you reach a magnetic flux that saturates or they overheat. If you resonated a winding on a transformer and intentionally made it magnetically saturate just at normal voltage output, then if a power surge hit it would try to output a higher voltage but its in saturation so nope; worst case is the output gets some square wave harmonics and of course the transformer would heat up a little.

This transformer is fairly useless without the specs and wiring diagram and the capacitor that resonates the winding. It's easy to repurpose a regular transformer but CVTs are black magic even with the docs so you've basically got a piece of scrap metal.

Usually one winding is a little larger than the other; yours are almost identical. Odd. Other than that, looks like a google image search for “ferroresonant transformer”.

There's one under my desk right now. They're only about 90% efficient, plenty of heat. Also they're heavy. And they always hummmmm. Thats why you don't see many.

Is it possible that there is an iron-lamination core running through the centre of both coils? If that is the case then in fact there is a very good magnetic circuit around the outside of the frame as long as both coils are driven in-phase. The central "cross-bar" will not then contribute much to the magnetics I would guess.

Are you able to guess / measure the tapping ratios?

7
Is it practical to use a slug-tuned variable inductor in an antenna matcher (aka "antenna tuner")?