Can my small ham radio antenna interfere with WiFi in my RV park?

We live full time in our RV. We are at an RV park for the winter. They just knocked on my door and asked what kind of antenna I have on top of my RV. I told them it's a small ham radio antenna that I use only for monitoring at this time. I was told that it has to come down because the Internet people couldn't figure out what is wrong with the service and decided it has to be my antenna. It is 1.2GHz and the internet company is at 3.2GHz. Could the antenna interfere with the Wi-Fi?

A receiving antenna as you describe it couldn't be a source of interference. You should ask the internet company to provide concrete data on the suspected interference to hopefully pinpoint the time and place the offending device is emanating the interfering signal. Good luck on solving the interference!

Maybe, but it's pretty unlikely. Usually, interference is caused by transmissions, but you aren't transmitting. A receiving-only antenna has the possibility of absorbing or phase-shifting other transmissions which happen to pass by.

As an extreme example of this, consider a Yagi-Uda antenna: 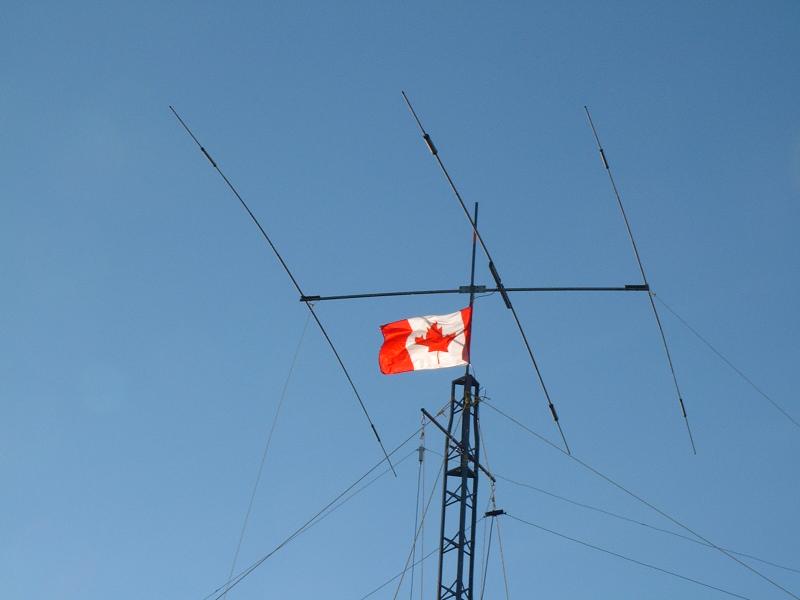 Such an antenna has only driven element. We could consider it as one transmitting antenna carefully placed around some number of receiving antennas which absorb and re-emit the transmitted signal in a specific way to create a directional antenna.

As another extreme example, consider chaff used to interfere with radar transmissions. It is nothing more than a bunch of antennas blown into the air, yet they can really ruin your day if you are trying to make an airplane explode.

Now, we don't know the exact geometry of your antenna relative to the ISP's antenna, but we do know that your antenna is for 1.2 GHz while the ISP is at 3.2 GHz. As 3.2 GHz is very near the third harmonic of 1.2 GHz, and center-fed dipoles or monopoles are also resonant on all their odd harmonics, your antenna is resonant at the ISP's frequency which means it will interact more strongly with the ISP's signal than some random object like an RV.

Given the very small wavelength at these frequencies, and the size of an RV park, it's reasonable to assume your antenna falls in the "less close" category, which is why I'm very doubtful there's actually a problem. If the conclusion that your antenna was the problem was reached by some technician with 4 hours of training that did nothing more than plug a black box into the ISP's equipment and observe a red light on the thing, then it's almost surely an ignorant attempt to reassign blame. Most techs have very little knowledge of how to fix anything, so all they really can do is assign blame. Sometimes their test black box finds a problem at the ISP so they blame someone internally who fixes the problem. In all other cases they tend to blame the customer so they can leave.

However, if the ISP sends out a real RF engineer, and he can make a creditable conclusion that your antenna is problematic, you shouldn't rule it out as an impossibility. Incidentally, this real RF engineer should also be quite capable of working with you to resolve the problem to your mutual satisfaction, which probably involves nothing more than a couple minor modifications to your station. After all, getting many antennas to work together (even with many of them transmitting!) is something RF engineers do all the time: 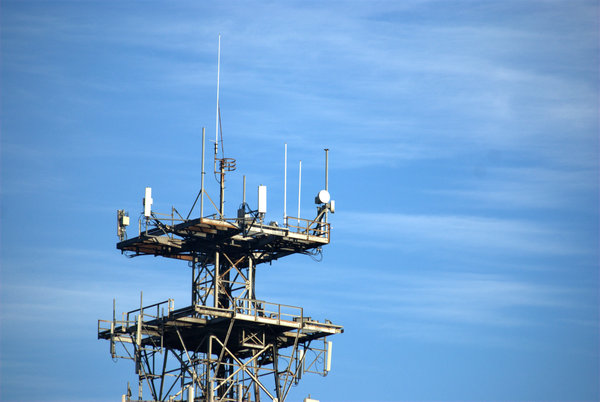 Your microwave antenna isn't affecting WiFi in any way, since the frequencies are differentiated enough to be irrelevant.

An early contributor pointed out "NIMBY" and your conspicuous tall antenna is the latest source of blame for problems. The rest of the RV park residents are unable or even too lazy to figure out the real problem, and superstitiously blaming the new guy makes them feel better.

Did "their issues stop occurring when you shut down your radio shack"? You already answered "no".

7
Wifi passive repeater (antenna to antenna connection)
3
WIFI Antenna Design
1
Antenna for small balcony
1
2.4GHz wifi parabolic antenna frequency response
5
Can I use a CB antenna with a ham radio?
0
Understand Radio Pattern of a WIFI antenna
2
Can a WiFi antenna be used for other 2.4 - 2.5 GHz applications?
0
Small size vertical 10 m antenna with high gain
8
Can you use a satellite dish for a ham radio antenna?
1
Can a receiving antenna really be “as small as you can imagine”?