Yes, you can! Most of us have two arrays of these as the rods and cones in the retinas of our eyes. 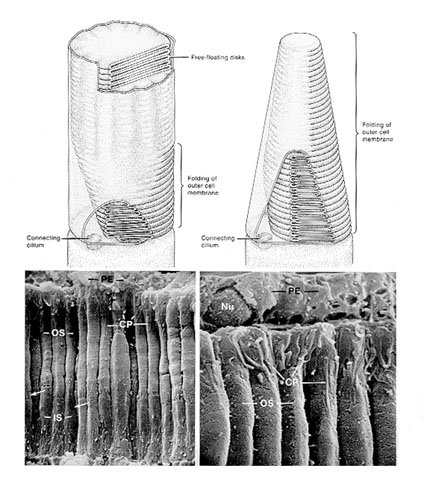 The permittivity of the dielectric even does not need to be that high. I used high-density polystyrene $(\epsilon_r=2.55)$ to build a 10GHz dielectric rod antenna with a measured gain of 20.5dBi.

Dielectric rod antennas support the propagation of a surface wave along the rod. At the end of the rod, this surface wave will interfere with the space wave, also launched by the feeder. Together this creates the large directivity of this type of antenna.

Once you understand dielectric rod antennas, you will also understand long Yagi-Uda antennas because the space between the Yagi elements can be regarded as an artificial dielectric.

The electrical dual of an antenna loaded with a high permittivity material is the loopstick antenna. Loopstick antennas are common in portable AM receivers. 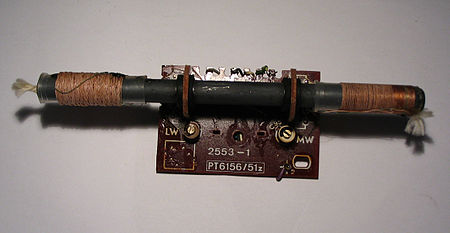 Likewise, a material with a high dielectric constant, or permittivity, can be used similarly to multiply the electric field. This can be used to construct an antenna with an effective aperture much larger than would otherwise be attainable.

It certainly seems to be possible.

This recent paper mentions physically small inverted-F high dielectric-constant (e=10.2) HF antennas, although it covers another approach (it describes an HF antenna running at frequencies of the order of 20-30 MHz which is only 15cm x 15cm and weighs under 20 grams, but doesn't use high dielectric-constant material. Interesting in its own right, although I think it's rather narrow-band).

Note, though, that the paper says the high dielectric-constant HF antenna will have losses of around -33dBi "due to ohmic and dielectric losses", but claims slightly more cheerfully that its own design is 6dB better than that.

Almost all of the commercial interest in high dielectric-constant antennas is at UHF and above, because these days that's where the money is. Still fertile ground for the committed experimenter, though. If you find a way to run Top Band from a small apartment, I'll be in the queue...

Not the answer you're looking for? Browse other questions tagged antenna propagation rf-power or ask your own question.

2
High data rate on HF & MF bands
3
How to receive a signal from multiple sources simultaneously (helical antenna)
2
Influence of bending and asymetric ground wire on monopole antenna
1
Is it possible to make antenna for one specific frequency?
1
Can I use a QFH antenna for transmission?
5
Designing a helical antenna for a dish
1
RF PCB Design Difference Between Controlled Impedance Track and Impedance Matching Circuit
4
High-Z RF amplifier for magloop RX vs Q-factor
2
When to use air dielectric cables for antenna installation