I am living in crowed area of a city. It is impossible for me to set up an antenna outside the apartment. I receive signal inside the room.

I have a funcube dongle pro+ and some RTLSDR, the picture shows the antenna I am using: 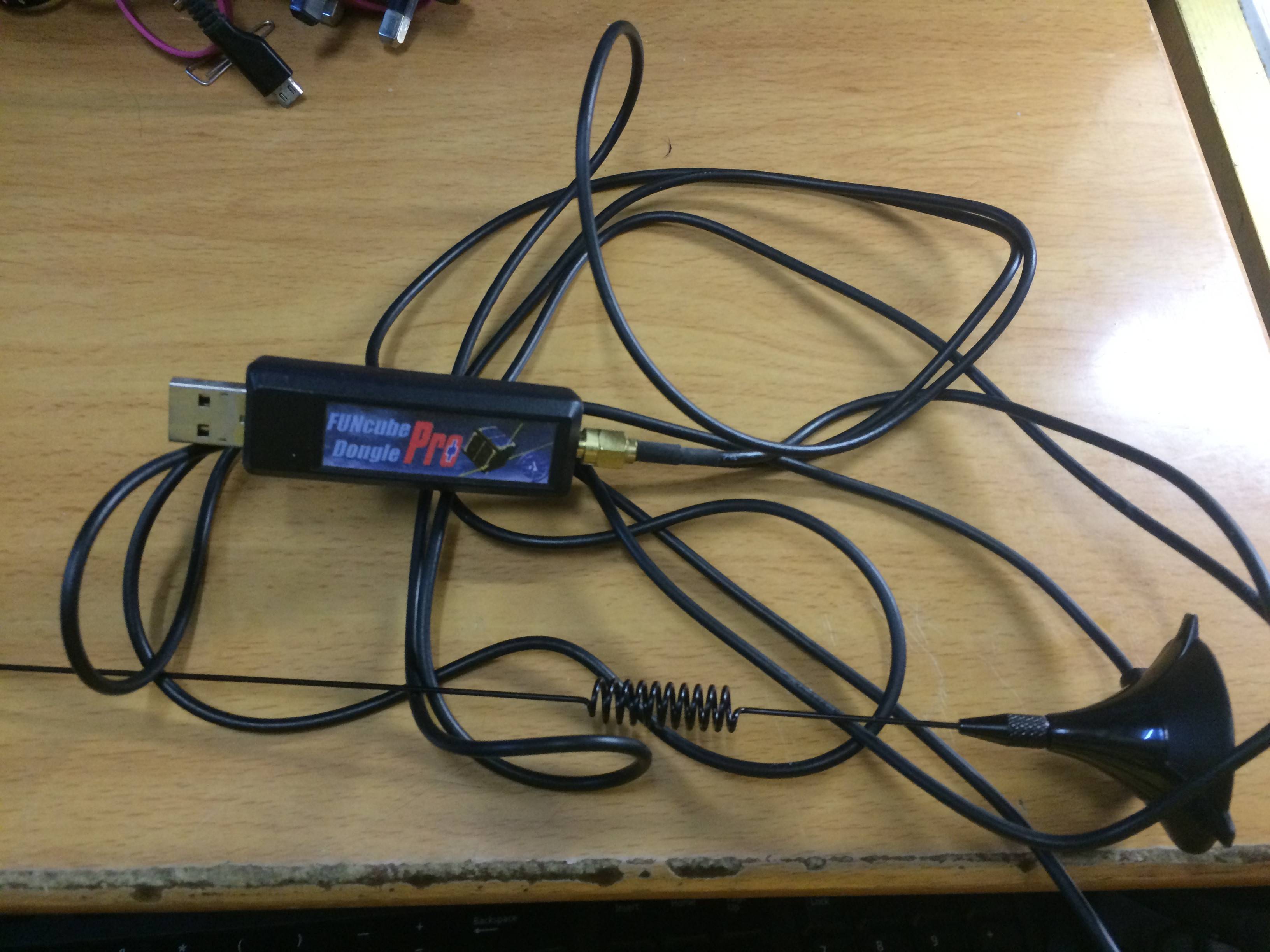 Any suggestion on improving the reception by using other antenna of similar size or amplifier?

You have a tough problem, because you are surrounded by many noise sources.

First, you should make sure that you have eliminated your own apartment's noise, because it is likely to interfere no matter what antenna you use.

Now, if your primary noise sources are not nearby, here are some antenna-based approaches for getting more signal and less noise:

Not the answer you're looking for? Browse other questions tagged antenna receiver or ask your own question.

9
How can I reduce the noise coming in from an RTL-SDR dongle?
2
FUNcube Dongle antenna specs
2
Directional antenna for FUNcube reception

4
Can I improve reception with a more sensitive antenna / preamplifier / better feedline?
5
How to improve reception with a headphone-cord antenna?
3
Antenna proximity limit to increasing signal strength via additional receiving antennas?
6
Shortwave Antenna Listening with Portable Receiver Like TECSUN PL-660?
1
How will I improve my portable radio reception
4
Is it normal for mini shortwave radios to not have any reception in a major city?
4
DAB antenna in roof space
3
Broadband antenna for SDR radio
2
Receive antenna design for large wooded lot
2
Receiving an Coded Odd Signal at 137.25MHz but don't know what it might be. It can affect my detection on NOAA 19. Need help