How do I rewire a simple a.m. loop antenna that became unwound?

This antenna has been around for decades and the design is as basic as can be.

Somehow the antenna I'd been using, became unwound. The total length of the wire is 4.9ft.

I need to know the proper technique, if any, to simply rewind the wire. I rewound the wire but the result was only static. So, I don't think I did it right.

The loop antenna is pictured. 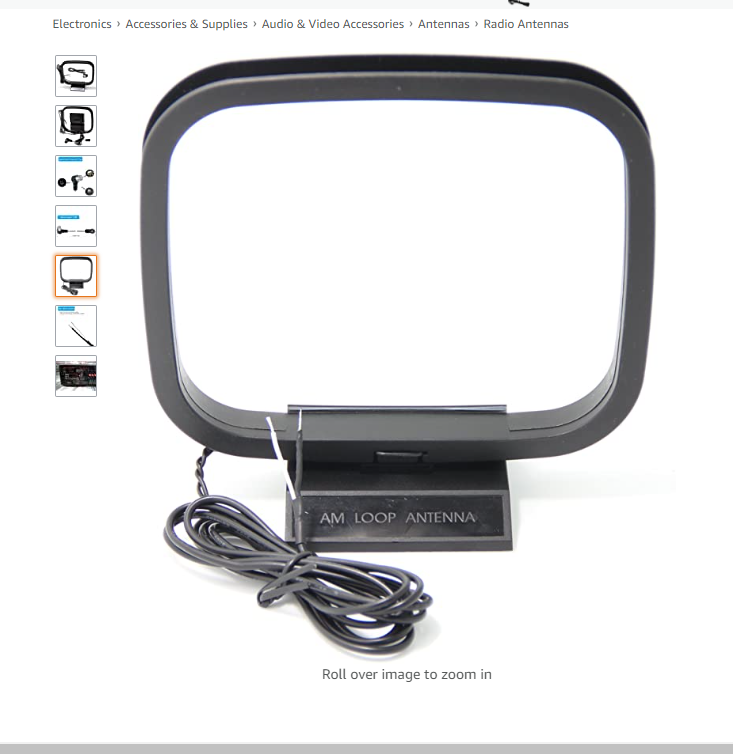 antenna antenna-construction loop-antenna
Share
Improve this question
edited May 11 at 12:19

There is no special precise construction to these antennas — they are just wire wrapped around an inert plastic frame. It does not matter (significantly) how the turns (wraps) lay next to each other. You should make sure that the number of turns is the same as it was originally, but that should be fairly obvious based on using all of the wire that came off it.

If the antenna no longer works at all, it is likely that the wire is broken somewhere. You can check this with a multimeter — set it to continuity or resistance mode and probe the two wire ends on the cable, and you should see a very low resistance.

If the wire is broken, you can replace it with fresh wire.

You should also feel free to experiment with constructing a new antenna with a different frame, if you like. The plastic doesn't matter; you can use any material that is not conductive (wood, cardboard, PVC pipe, etc.) to physically support an antenna. A larger antenna (bigger area enclosed by the loop) will receive signals better (up to a point); more or fewer turns (different impedance) might also make a difference but a less certain one.

A similar-looking (Sony) antenna (12.5cm x 10.5cm) was measured on a 1kHz bridge as 24 microhenry.
The bridge "Q" was very low as expected at 1kHz (well below 1), but gave a good null for its inductance value.

A second test added a parallel capacitor of 560 pf. and measured with an oscilloscope's 10X attenuator probe. A sharp resonance at 1400 kHz resulted...that jives with a 24 uH inductance. Self-resonant frequency was above 5 MHz.

It seems to be a simple coil of wire, with electrical inductance of 24uH. Seems to be made up of PVC-insulated wire in a single-layer winding of 8 turns, close-wound spanning nearly 1cm.

It is possible that the antenna inductance of 24uH is used with a resonating parallel capacitor inside the radio to tune the AM broadcast band.

A rectangular-loop coil calculator yielded an inductance of about 28uH given the following parameters:

Be aware that the actual coil form is less than a strict rectangle, so measured inductance of 24 uH is still reasonable.

Not the answer you're looking for? Browse other questions tagged antenna antenna-construction loop-antenna .