How should coax be physically wired to a "stud" mag mount?

I picked up a variety of antennas at a swap meet a while back, and am having trouble characterizing an unlabelled HF (or low VHF?) vertical element that screws into a stud in a magmount I also brought home at the time. My analyzer is giving strangely varying results that I suspect are more due to the coax/mount than the antenna itself.

The magmount and elements are the "stub" kind (3/8" I believe) in that there's only a single electrical connection between the two. I'm assuming the center conductor of the coax should be wired to this.

But what should the shield be wired to? My magmount is in fairly bad shape and depending on the breeze the chewed-up outer conductor either shorts up against the stud, or just hangs loose on the bakelite shell. How would this have been terminated originally? 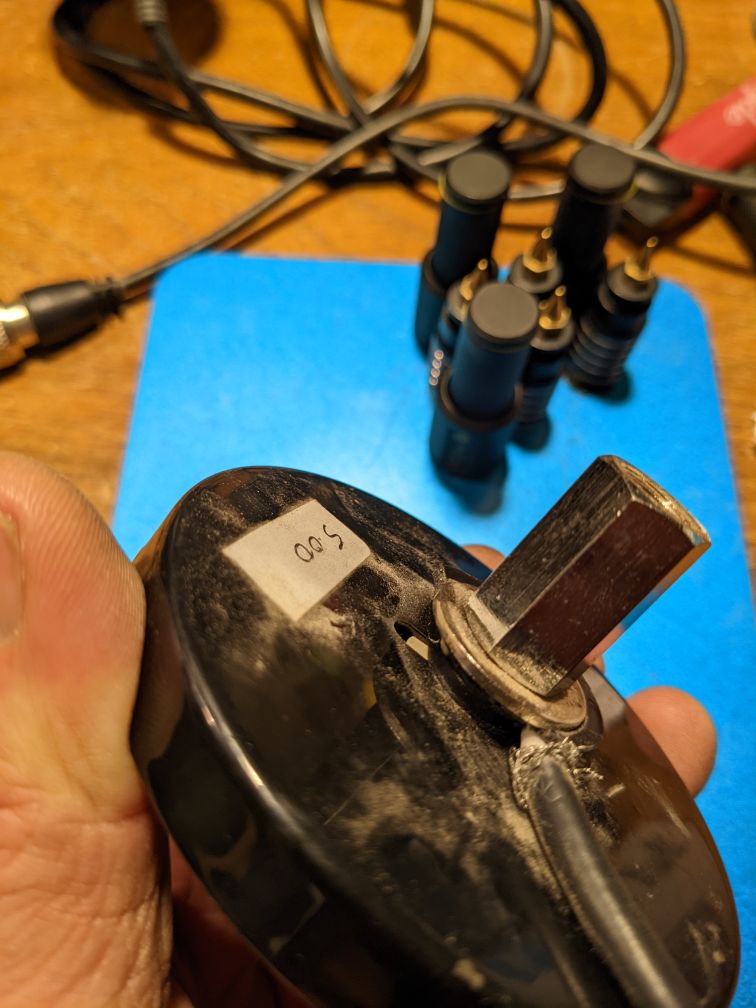 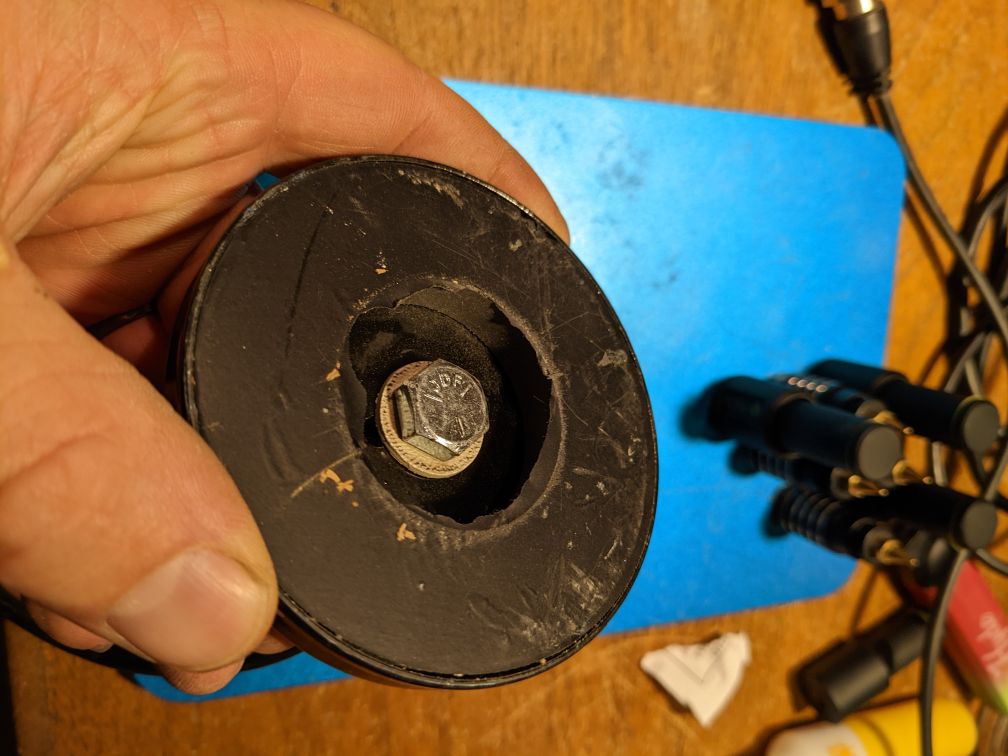 Generally on a stud mount the center conductor is connected to the threaded stud with a ring terminal, you put the bolt through the terminal, then through the hole in the mount, and screw the stud onto it. If the mount is metallic you need to insulate the bolt and stud from it with non-conductive washers, usually nylon with a ridge on them that centers them in the hole and keeps the bolt from shorting out.

If the housing is metal the shield may have a small ring terminal that's bolted somewhere to the housing, with plastic they may have just left the shield unconnected and put some shrink tubing over the end of the cable.

There may be pieces of this mount missing, it could be something that was kluged together, or it could just be a really cheap mount.

GodJihyo nailed it on this problem. There's definitely a piece missing. (The piece that the feed cable passes through.) The mount base should be shaped like a wedding cake with another 'layer' that's missing on yours. 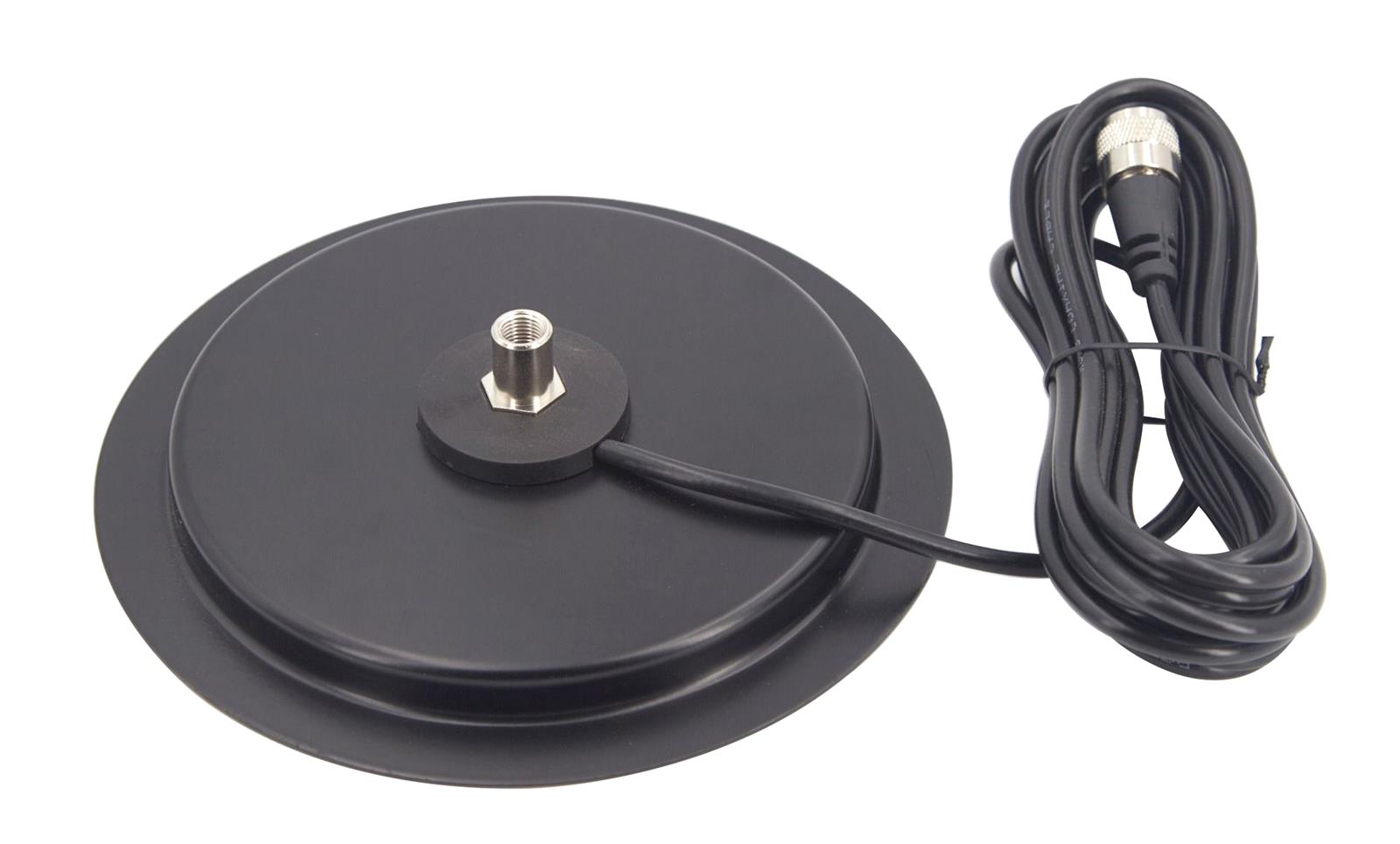 You can see by this photo what your base should look like. If it was mine, I'd attach it to a stick and use it to retrieve stray / lost screws and parts from the shop floor. It's not worth restoring as an antenna.

6
75 watts and a mag mount antenna
19
How does a mag mount antenna achieve a ground plane?
4
How should I mount a mobile antenna on a vehicle with a non-conductive body?
1
How to fix stickey VFO knobs on medium to old radios
2
Identify this “large TNC” coax connector
3
How to splice RG-174 coax?
1
How to avoid acoustic feedback while fixing radios?
1
Why do mag mounts not achieve proper grounding seeing as the coax outer connects to ground?
2
Cleaning an oxidized NMO Mount