1 to 1.5 inches coil antenna, when placed vertically over 4 to 6 inches each side square ground plane

Without access to network analyzer, what tools and how one can calculate the impedance? How to calculate matching network to match it to 50 ohm transmitter?

I refers to these type of coil antenna as in lower right of this photo as originally designed for walkie talkie. 70cm band is about 10% off the walkie talkie freq. Presumably, one can start by cutting a few percent length and start tuning from there.

EDIT: Here is dimension and photo of actual antenna on hand. The long 'end' (end of 8.5mm segment) is the feeding point to be soldered to PCB. The end of 28.0mm segment is not-connected. The antenna coil will be 'vertically mounted' on copper pcb acting as ground plane. The ground plane will only be 100mm, smaller than the ideal 0.25 wavelength, due to size restriction.

EDIT2: @K7PEH Feed point is the end of the straight-segment (leftmost in photo). Wire diameter 0.58mm. Coil diameter is 4.23mm. Coil 27 turns. Total wire length 359mm. Appreciate if you may enter data, save screen dump step-by-step in a words file and email me the work flow file so that I can learn. Specifically, how is the antenna specification entered as 'segments' into the program. 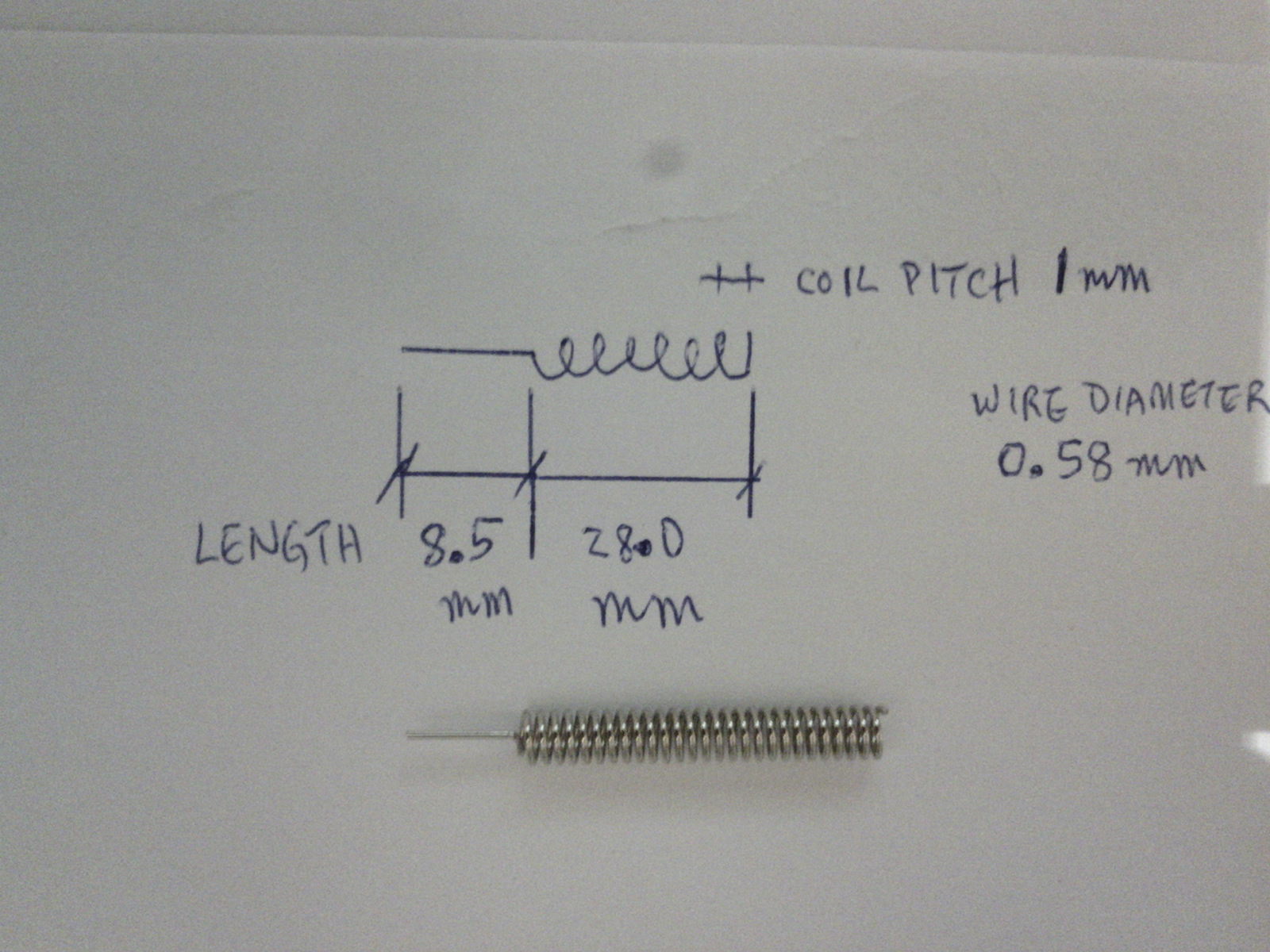 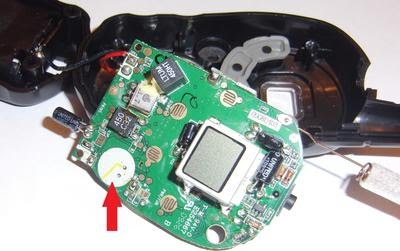 Answer of sorts (or, not an answer at all) to questions about rubber ducky antenna. This follows the comments dialog above as this post is too large for a mere comment.

I volunteered to run the NEC2 calculation for this antenna and after the OP provided more details I started doing back of the envelop computations since I am away from my main computer for a few days (where I have NEC2/NEC4 and my Mathematica solution modules). I did a simple reactance calculation of the coil itself at the designated frequency of 462 MHz which is open for FRS/GMRS operations that I think is associated with the rubber ducky antenna of the HT.

Therefore, I posted some questions on NEC2 distribution list and one answer (from the creator of EZNEC, who is a Guru/Wizard with NEC2 and NEC4) provided these comments (quoted directly from his e-mail):

It's not practical to model with NEC-2 for several reasons:

Sorry, there are just some things that can't be practically modeled with NEC-2. This is one of them.

So, sorry to say that when I get back home I will probably not try to model this antenna as I volunteered to do. Hopefully though, there is sufficient content in this answer to give the OP more information to make judgements or decisions regarding the rubber-ducky antenna.

Not the answer you're looking for? Browse other questions tagged antenna .

10
How to design a rubber ducky antenna

10
How to design a rubber ducky antenna
3
70cm antenna for an apartment
8
calculating all specifics for a 5/8 antenna
1
How to design a meander antenna for 2 meter band?
5
Can this 960 MHz CelWave fiberglass antenna be retuned for the 70cm band?
0
How to characterize and select UHF linearly loaded antennas?
2
How to model my rooftop vertical on 4NEC2?
3
How much loss is there in traps, really?
0
Hatch Mount Antenna Selection - Dual Band 2m/70cm
1
Using a parabolic dish for working the 70cm band - Am I missing something?