I am restoring a Hallicrafters S-120 receiver and when trying to unsolder the wires, from the electrolytic capacitor, I noticed that one of the terminals of the Globar resistor (880-100 Ohm / 023-00327) was loose. Common soldering practices to resolder the lead were unsuccessful. Question: is there a way to fix the Globar resistor? Any ideas (including alternatives) will be greatly appreciated. Thank you.

@W5VO As explained before, I opted for the "2 resistors + switch" but instead of a switch, I will be using a simple circuit to circumvent the flaw mentioned in the last paragraph of your proposed solution. The 12VDC will be derived, from a point after the power-on switch, by means of a rectifier, resistor, and electrolytic capacitor, Thanks for your support. 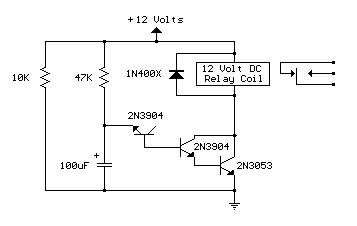 This is an Inrush Current Limiter (ICL). You can still get them today, but they look quite a bit different. See Digikey for a wide range of parts. Typically, these are used for reducing the inrush current of main power supply capacitors instead of filament protection, so they're optimized a bit differently. https://www.digikey.com/en/products/filter/inrush-current-limiters-icl/151

What you would need to know to design this circuit is how much current it normally draws, the starting resistance, and the ending resistance. There's a bit of experimentation I think you would want to do in order to make sure the circuit is working right.

They come in different current ratings and sizes, so I'd say get a few options to play around with. Neither the starting resistance or the final resistance are going to be that critical.

I would hate to have a manual inrush switch - I know I would forget to switch it from "Run" to "Start" at the end.

Not the answer you're looking for? Browse other questions tagged receiver repair components or ask your own question.

2
Does anyone repair Flex radios other than Flex Radio?
5
How do I put an RJ-45 connector on to repair a Kenwood MC-59 microphone cable?