This question may be a little strange, but how can I receive radio waves from a country like North Korea (when I live in Poland)? I am interested in this topic, but I don't have that much knowledge. Can I use any radio working on UHF/VHF or do I need some other equipment using a different range? I will be grateful for any answer! 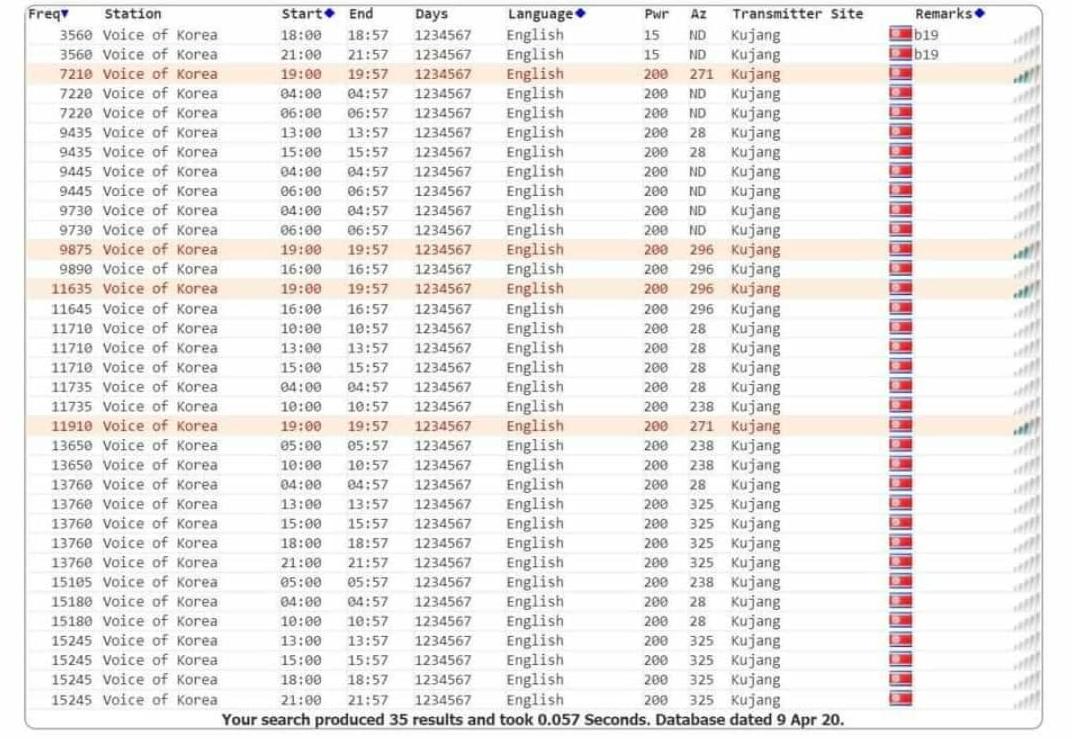 So if you have a radio that receives on the VHF and UHF bands, then you won't be able to receive the Voice of Korea from Poland. A shortwave radio would work better, but you might have trouble receiving the signal in urban areas because the RF noise from modern electronics has gotten so bad. These days, many shortwave broadcasters also make their broadcasts available via internet. (I didn't see any way to stream the broadcast over the internet with a quick scan of the Voice of Korea's web site.)

A local amateur radio club could be an excellent resource for setting up a shortwave receiver; they could give you valuable advice on the best time of day and band to listen, and help you with antennas. An external wire antenna would probably work much better than the built-in whip antennas that many shortwave receivers have.

3
feasibility of wireless passive crystal earphones
0
DRM standard receiving on shortwave
6
Do short waves pass through or reflect off concrete buildings?
2
Broadcast signal deviating with time
5
How can a tuner pick up a specific frequency?
3
What do old unit abbreviations like "mfd" and "kc" mean, and where did they come from?
0
How do I set the RX frequency on a R820T/ R820T2 based SDR
3
Why am I hearing FM radio show content on 1.355 MHz? (Using CubicSDR and SDR kit)