I have several ground independent dual band antenna of different makes, but they all have the same type of matching circuit to make them ground independent / radial-less and match say 5/8 elements, something like pictured below. Ive been trying to model this in 4nec2 to get a similar result to what my nano vna shows, but not able to get there. Not sure this is the right software or approach to use. If its possible id like some tips, or advice on more suitable software.

Here's an example of what you could do with EZNEC+, a graphical user interface to the NEC2 computing engine. Note that the values below are not meant to represent a working design, they only serve to illustrate one use of the program. It may be possible to accomplish the same results with other (and free) software.

The "Sources" pane shows that a current source is placed between the two sides of the tapped feedpoint coil. 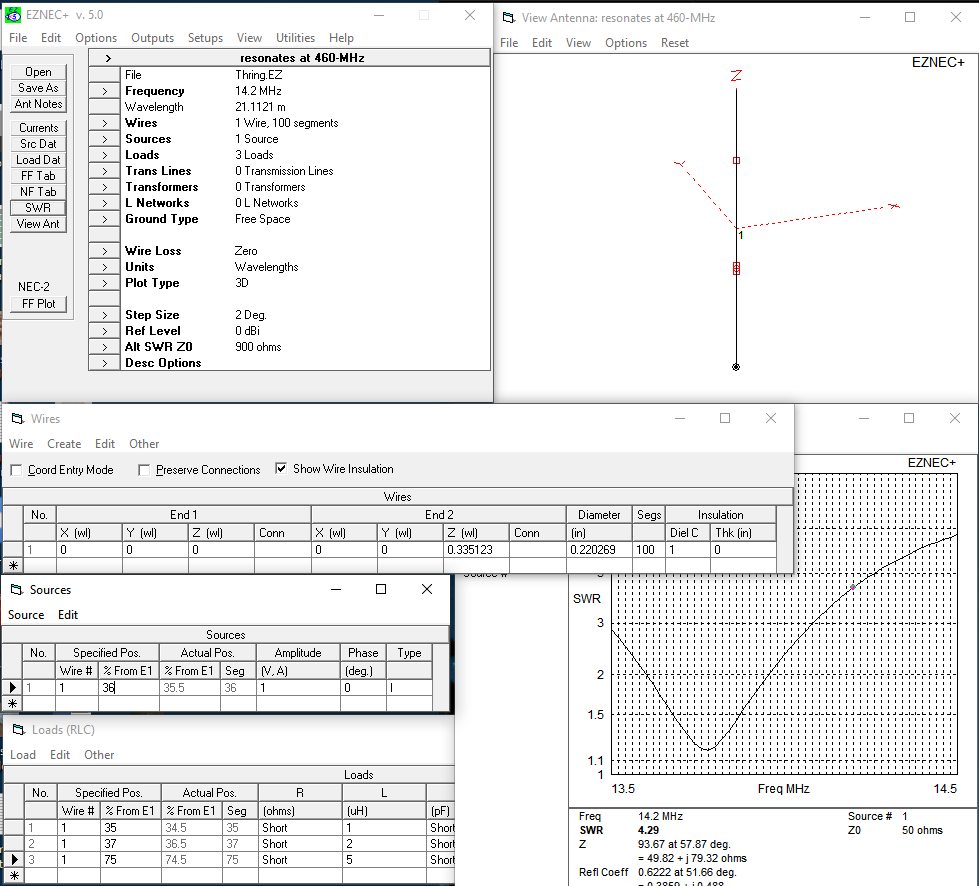 Not the answer you're looking for? Browse other questions tagged impedance-matching antenna-modeling or ask your own question.

2
Is there a 4:1 current balun model for 4nec2?
2
Dual Band Antenna Matching
1
Impedance matching between antenna and load - Theory and Practice?
2
How to model my rooftop vertical on 4NEC2?
3
Looking for criticisms on my VNA-like SWR meter I am designing
1
How to model a curved element in 4NEC2