How is phone cable with iron called?

In in Russia I saw a phone cable called "field cable" (провод полевой П-274-М). It is a loosely twisted pair with some iron strains added alongside with copper ones. 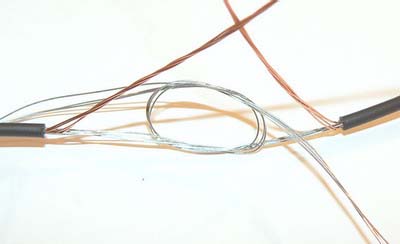 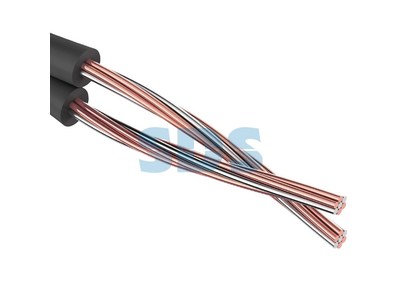 I tried to lookup something similar but I failed to find it. I used phrases like "field cable" and "military cable" but got nothing like that.

Such cable is really good to make a wire antennas on trees because it has teflon-like surface and tolerant against harsh environment.

That is WD-1 or WD-1A military telephone line.

Lots of hams use it for switchable-direction Beverage receiving antennas, and with good results.

I am basing this mostly off of web searches rather than industry experience but it looks like there's two potential terms for a related cable. At least related as to the general purpose — reinforcing conductive wires to better hold their own weight — if not exact construction/materials:

Again, neither of my example links show the exact kind of wire you show but I think you were primarily wanting some ideas for what this sort of reinforced-for-hanging is called in general and I hope this helps!

Not the answer you're looking for? Browse other questions tagged antenna-construction wire-antenna or ask your own question.

6
Is copper-clad steel a good material for wire antennas?

2
How to shorten the length 50 ohm characteritic impedance antenna cable
10
How to design a rubber ducky antenna
5
Connect Printed Yagi-Uda Dipole Array with Balun to coaxial cable correctly
7
How does the length of a metal sleeve around a (shieled) coax cable affect antenna performance?
6
Will an iron chimney work well as an antenna?
3
How does an E-Z-O Antenna work and why does it appear in Wikipedia's article on quad antennas?
1
How do I use multiple antennas with two or more radios?
0
Understanding RG6-75 ohm Cable Impedance
2
How does the material of a fishing-pole mast affect antenna performance?