I'm planning to build a 20m SSB transceiver and I want to get the overall architecture straight in my head first. Here's what I'm thinking so far, a single conversion superhet design with a 9MHz IF and a homemade crystal filter. The problem I'm struggling with is in relation to mixers and inversion.

I'm not sure if this is the standard way to build a simple SSB transceiver, are there any pitfalls in this approach?

All OK. Pitfall for 14 MHz RX and 9 MHz crystal filter is choice of oscillator frequency. 5 MHz is possible but a bad choice, because the harmonics of the oscillator give unwanted spurious reception.

By the way: I did identical things. See pictures. In my opinion there is no preference for LSB or USB based on such passband characteristics. 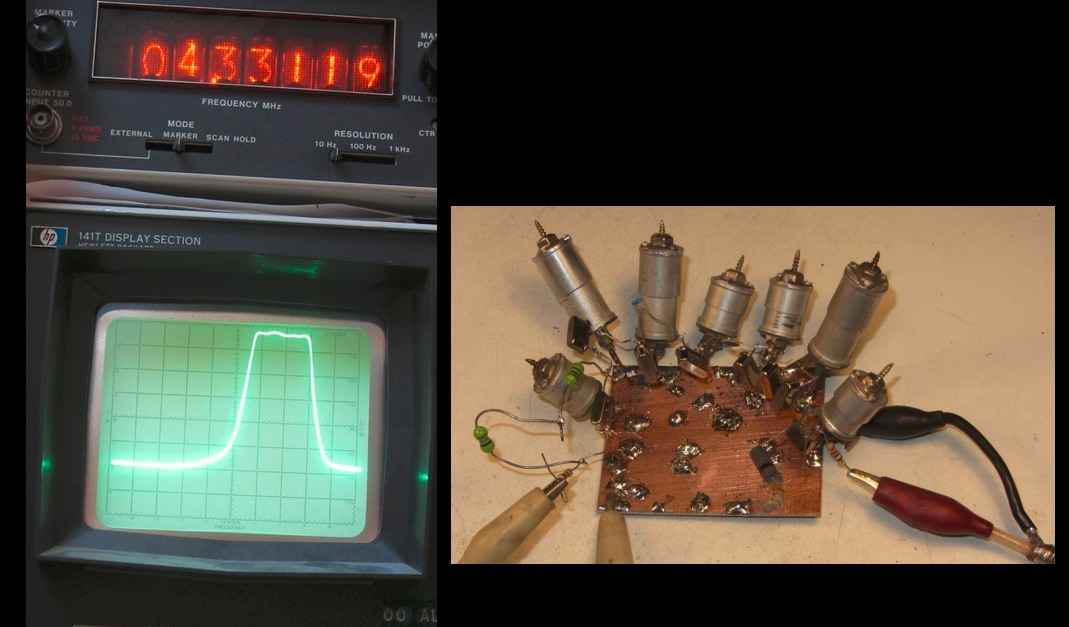 Using an example from Crystal Ladder Filters for All, a crystal filter response might look like this: 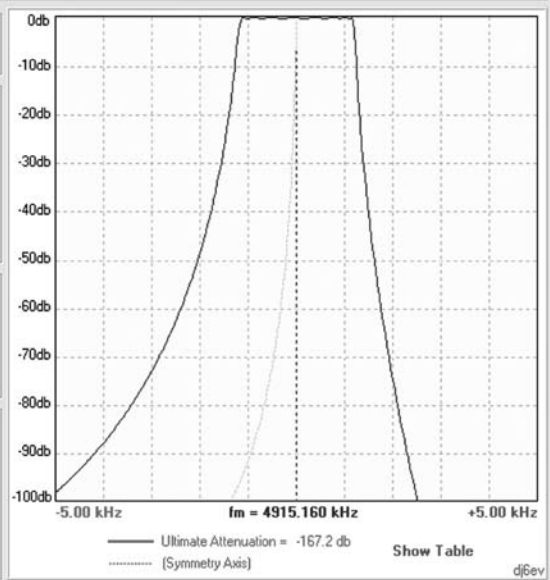 Indeed, this filter might "prefer" LSB, because that would place the carrier near the right side of the passband which has a steeper attenuation. That would mean you'd design your IF like this: 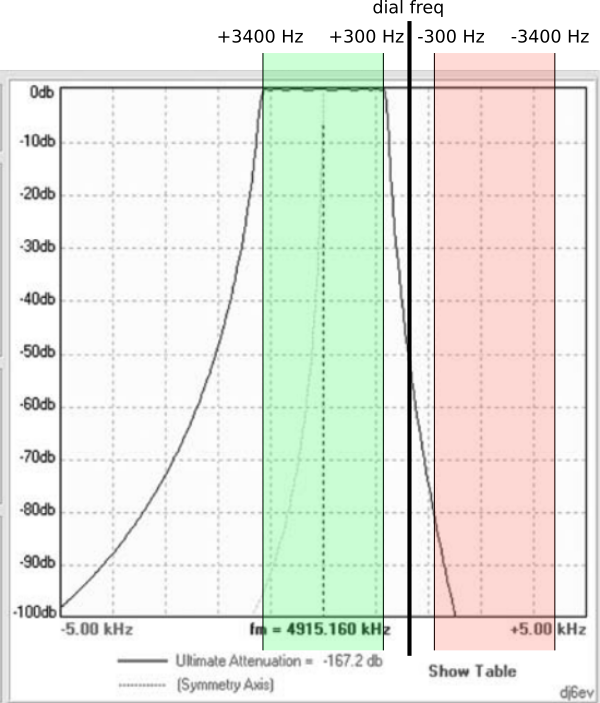 Insufficient attenuation to the left of the green area maps to audible frequencies above 3400 Hz. The filter between your ears is very good at removing this interference because its frequency does not overlap with the signal.

But insufficient attenuation to the right maps to audible frequencies that overlap with the signal. Your brain can not filter out this interference.

If the IF were designed the other way, then attenuation of the image frequencies (in red) would not be as good: 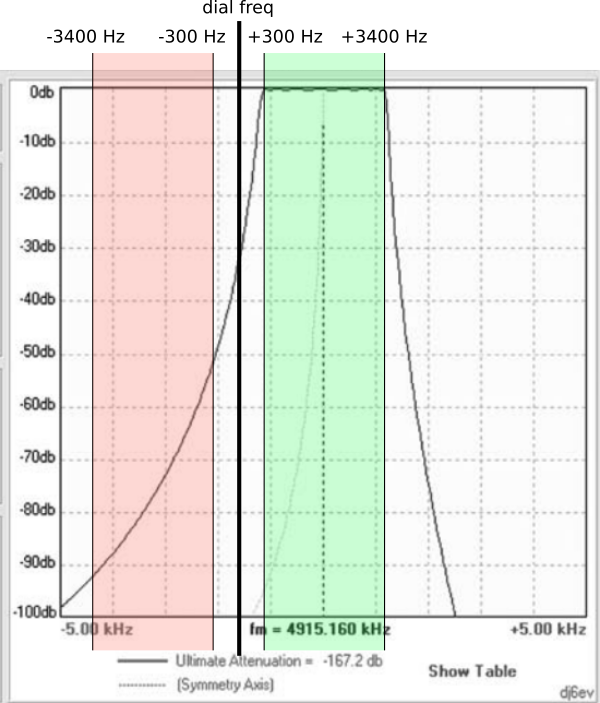 Of course, whether this particular issue is more relevant than other concerns, and if your particular filter response is like this example is a different matter. If you look at F. Sessink's image for example, it looks like the filter response is essentially symmetrical. And even in the example here with the carrier to the left of the passband, the attenuation of the image frequencies is still at worst 50 dB, which isn't terrible. As F. Sessink notes in the comments and other answer, other concerns such as phase noise and other spurious reception may likely be more significant.

Not the answer you're looking for? Browse other questions tagged transceiver equipment-design filter ssb mixer or ask your own question.

3
SSB modulation image rejection
4
Listening below the carrier frequency gives a weaker signal than above the carrier frequency - why?
4
SSB filtering in the frequency domain?
8
What exactly is a "balanced modulator"?
1
Can the transmit and receive functions of a boat anchor transceiver share the tank circuit?
1
How to calculate VFO/IFO frequencies?
2
Is there a way to get FreeDV output level to follow the input audio amplitude?
3
How can i adjust the IF strip in a single conversion SSB receiver which has a product detector?
3
Looking for origins of a crystal filter schematic used in uBITX