There is an FM station in my city which transmits at 105 MHz.

Today I discovered that I can also hear it quite well if I set the LO to 32.6 MHz and then shift the signal a bit. I'm using an rtlsdr with RT820T2 and gqrx.

Some of the combinations that work are:

So, an LO increase by 100kHz shifts the signal by 400kHz. How is this effect called and what is the formula to compute the frequencies?

First, I found a lot of other posts describing the same effect, for example:

The problem is that none of the answers in those threads satisfies me. They usually throw around terms like "overloading" and "intermodulation" without further explanation. I want to know exactly why, for example, 103.0MHz mirrors at 32.0MHz, and 106.0MHz mirrors at 33.0MHz - these are nice, exact integers, so I suppose that some rather simple formula which explains them should exist. 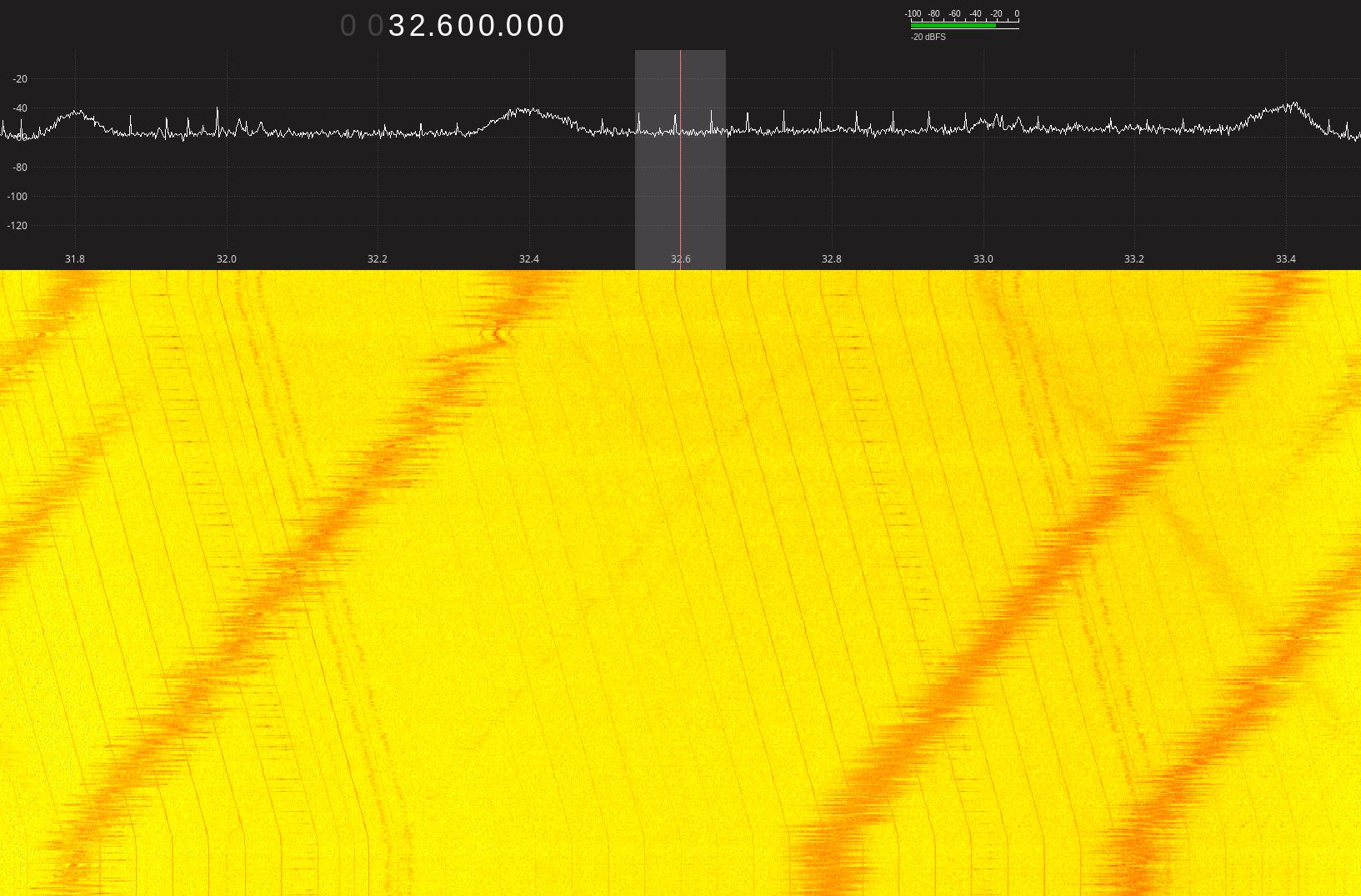 Things that I want to note:

Likely 5th order IMD (inter-modulation distortion), caused by a strong signal mixing with the 4th harmonic of another frequency (internal digitally synthesized signal or oscillator) related to the “LO” setting.

RTL2832 USB SDRs use an offset LO in the R820T mixer to produce an IF signal. A superhet, of sorts, followed by an IQ sampler at the IF.

I repeat my comment now as answer. With a small addition.

Depending on the settings in the RTL control program there is a first conversion to zero-IF or near-zero, or low IF, offset from zero. The front-end mixer for the range 24 MHz and higher is a mixer with a variable LO that converts the FM broadcast frequency to that lower IF frequency. The LO contains harmonics and at one third of the LO frequency there is a spurious reception.

Addition: the I-Q properties of a third harmonic are swapped, i.e. positive or negative frequencies swap.

4
Where can I find a listening guide for different frequencies and their usages to listen to on SDR?
6
RX antenna and RTL SDR with upconverter ..How to hear something?
2
Broadcast signal deviating with time
0
Not able to understand some operations in rtlsdr library in python