I have an EFHW 40-10 in inverted L configuration on a fiberglass mast. I'd like to put an aluminum push-up mast nearby for a 6 meter antenna.

How close can I get to the EFHW with the push-up mast?

Update: Took SWR readings after work. Green is without the mast, orange with the mast. 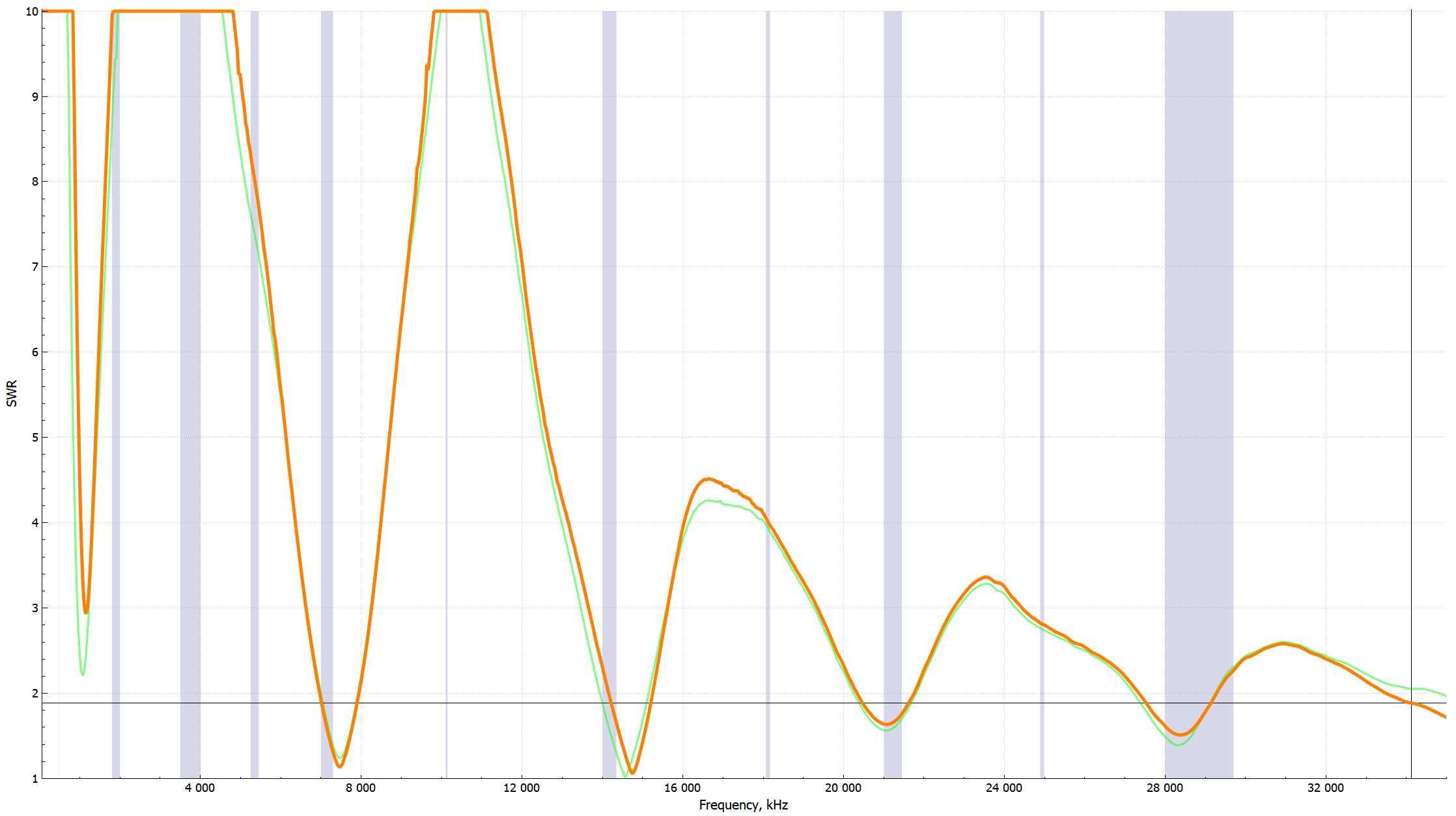 Another update: Moved the mast 12 feet away, this time due south instead of east. 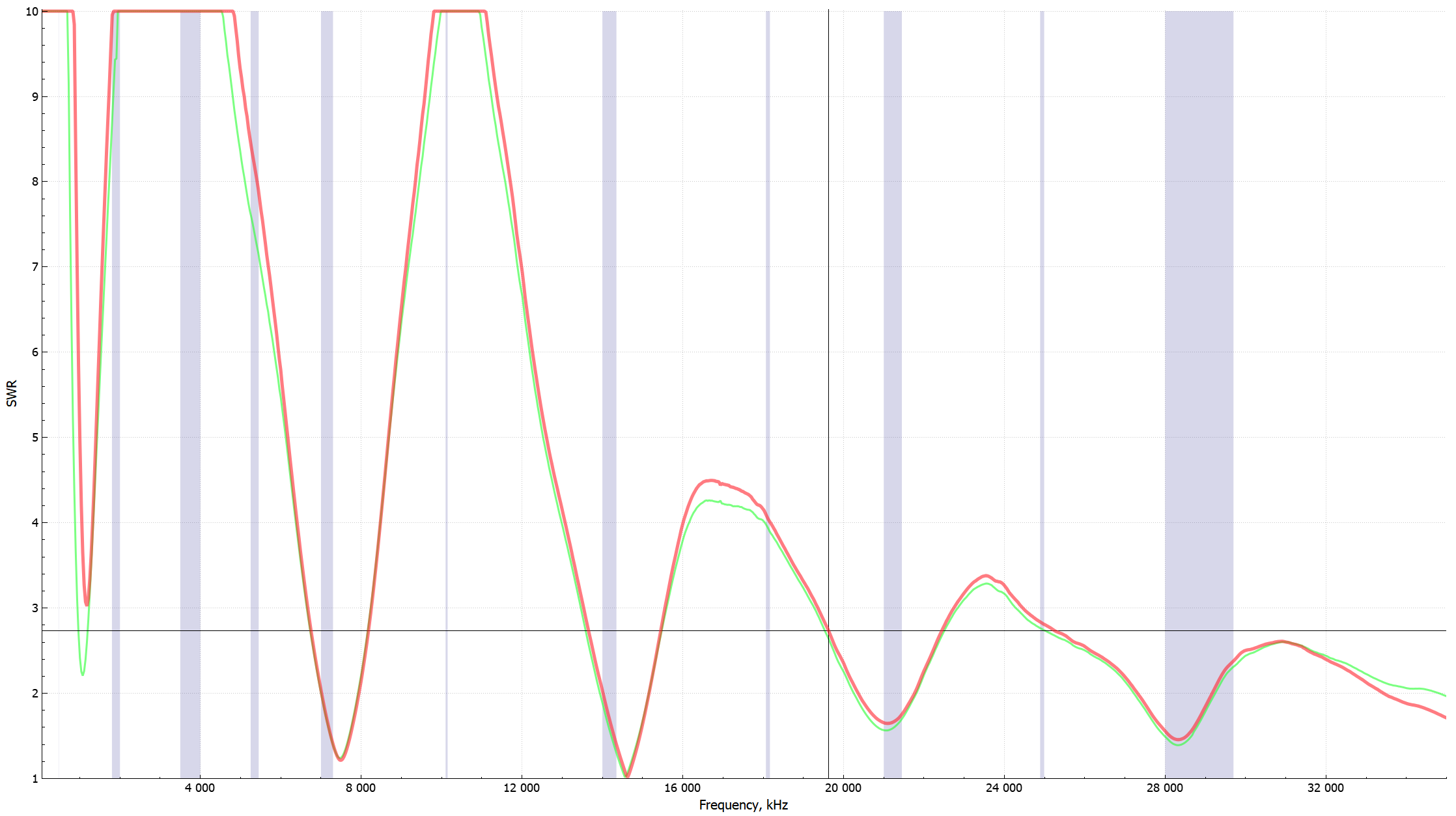 Sounds like a small-lot problem. Nobody with personal experience with a 40m - 10m end-fed half-wave antenna has responded, so I'll chime in. I don't like unanswered questions ;)

If you bring a metal mast "near" your EFHW, the two antennas will interact. (Some would say that they won't be two antennas, they will be a single antenna with two ports.) I can think of two effects that you might notice: impedance changes and antenna radiation patterns. The impedance changes can change the SWR of one or both antennas.

So how close is too close? That's difficult for me to say without very specific details of your setup. It would be possible, but difficult, to model the antennas using antenna modeling software such as 4NEC2 or EZNEC. First we'd want to start with a 3D model of both antennas, their coax, and other nearby conductors. That would give us a good idea of the radiation pattern and impedance changes. Then if we knew details about your antenna tuner and your radio, we could estimate if the SWR would change enough to prevent a usable match or not.

Sorry, I'm not trying to be a smart aleck, it's just that I have more experience with modeling antennas than using EFHW antennas. Personally if I were in your shoes I would just try it, and make careful impedance measurements on both antennas with a good antenna analyzer before and after. If the impedance of either antenna system at the radio end of the coax changes enough to make a significant change in the SWR of either antenna, then I'd say that the aluminum mast is too close.

10
Can I have multiple inverted-vee antenna fed by a single coax?
7
How does aluminum siding on a house affect an inverted-vee antenna next to it?
6
Noise bridge use in antenna construction?
3
Mounting a J-Pole and Yagi on the same mast
3
Somewhat-directional (cardioid?) antenna for receiving ADS-B?
3
horizontal EFHW antenna attached to gutter
2
How does the material of a fishing-pole mast affect antenna performance?
2
What's the proper way to mount antenna mast to the side of a house?