What is an expected IF level of SA612?

I tried to use SA612 as a frequency mixer. Since it's a Gilbert cell, it has a high input impedance. Thus I added a pair of transformers as "Experimental Methods in RF Design" book suggests: 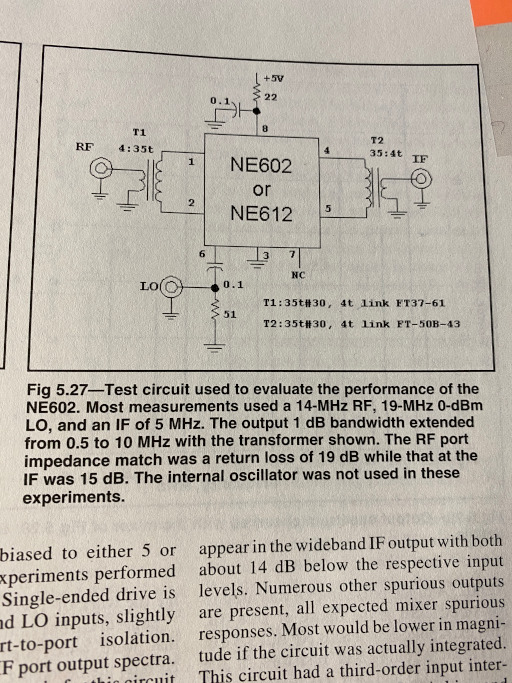 The mixer seems to work: 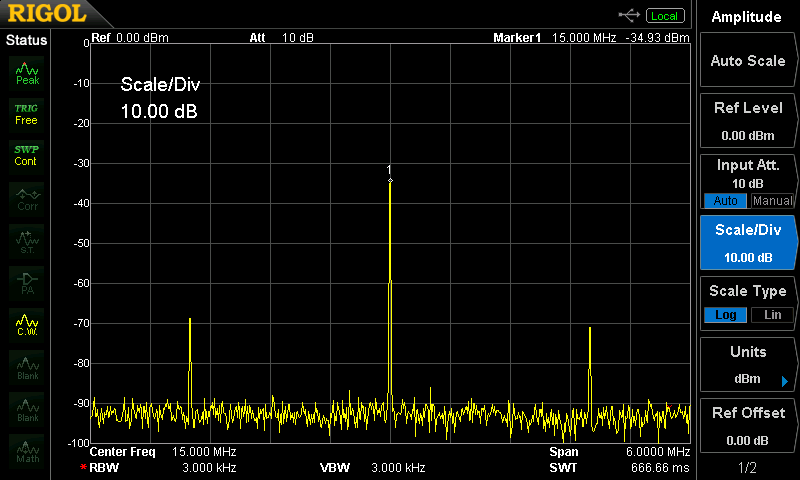 Here I'm using 15 Mhz 12 dBm LO signal, RF is -16 dBm and I change it in 1-3 Mhz range to make sure that the mixer works as it supposed to. Two smaller signals on the left and on the right are IF, e.g. mixing products. 15 Mhz signal in the middle is a LO leakage. It's something you would expect to see in a mixer. LO can be lowered to 8 dBm, which causes 3 dB loss in mixing products.

(For the record, I also tried to use a simpler circuit without transformers. It kind of worked but the level of mixing products where MUCH lower.)

The result surprised me. I've been using diode ring mixers before and observed a much higher level of IF. For instance here I'm using a balanced diode ring mixer made of two FT50-43 ferrite cores and four 1N5818 Schottky diodes: 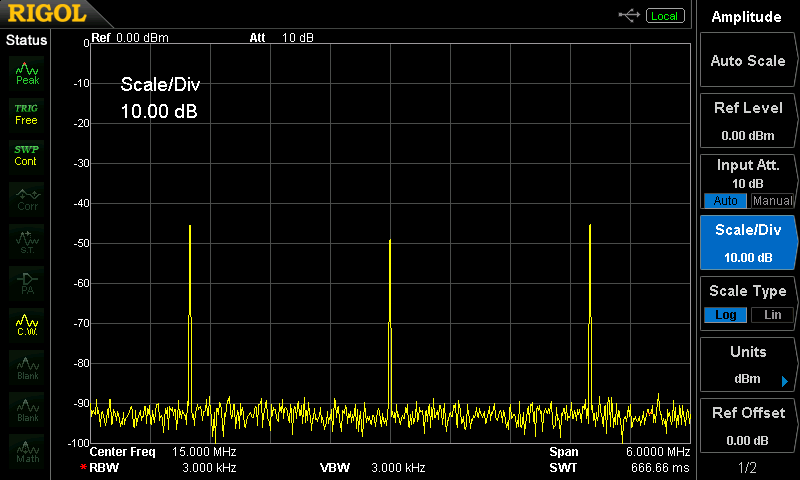 This brings me to the question. Is an IF level which I got with SA612 an expected result or maybe I'm doing something wrong? Maybe you could suggest another test circuit?

Browse other questions tagged diy electronics or ask your own question.

10
What is the expected microphone input voltage level of a handheld transceiver?
5
Good FM receiver single-chip IC for simple VHF receiver?
3
Building a headset for a Yaesu FT-270r
1
Old Yaesu FT-470 HT audio feedback with external speaker mic
5
How to find or derive the maximum safe input power to a receiver?
1
Design/Build a DIY Audio Attenuator and Splitter
5
RF Bridge Problem - K6BEZ Antenna Analyzer
3
How can i adjust the IF strip in a single conversion SSB receiver which has a product detector?
6
Simple circuit for acceptably clean CW in homebrew TX?