I've begun setting up a ham station at a rural home with a 3 acre deeply wooded rectangular lot, and a width of at least 100'. Picture shows the house portion of the lot. 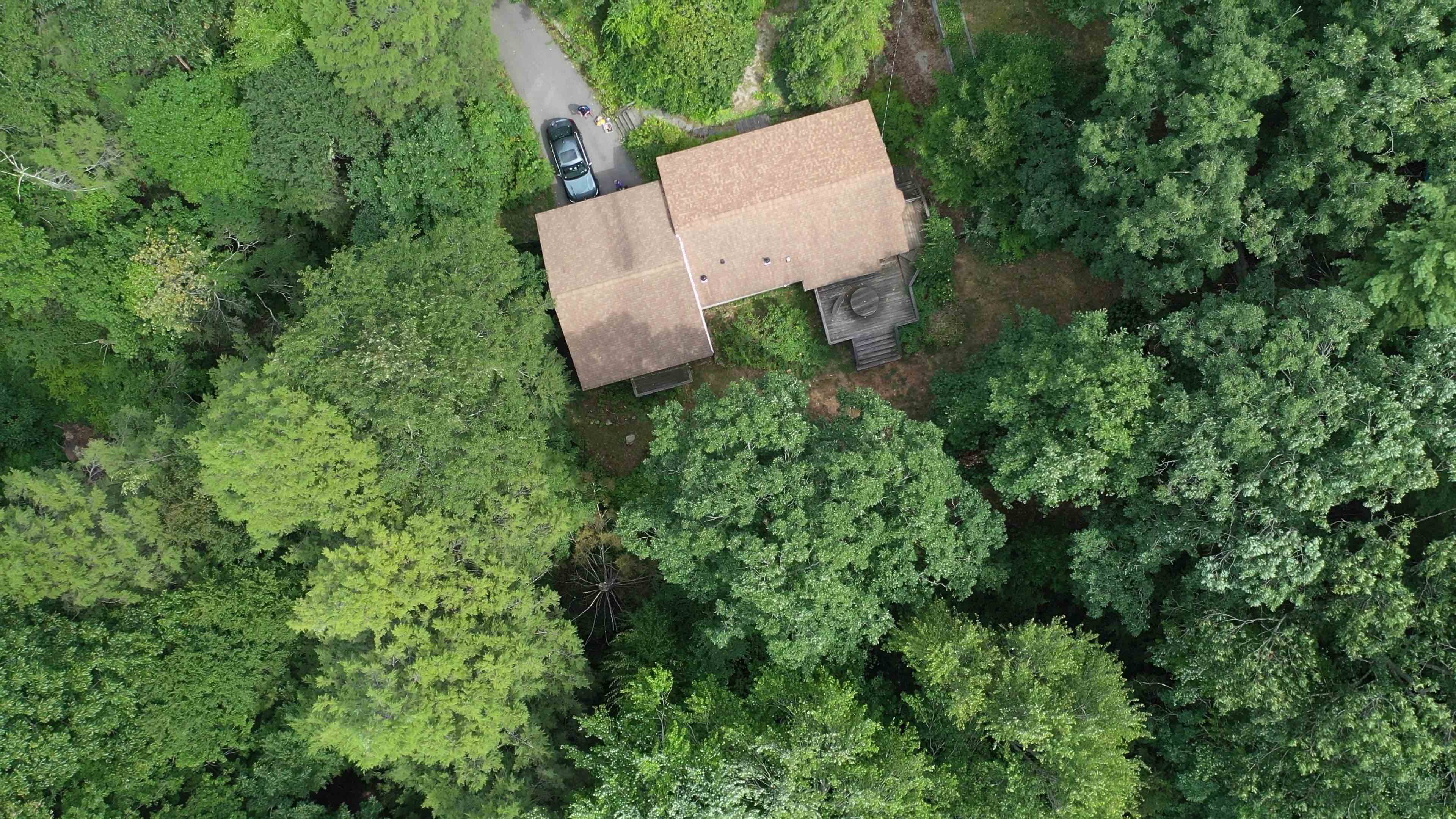 Currently my primary send and receive antenna is a full-size G5RV (102' dipole, 31' ladder line, 1:1 balun/choke) strung about 45' between 2 trees in the small cleared back yard. I have a remote antenna switcher and a diversity-capable receiver, so am looking to add a few more antennas to optimize working 40 and 20. I've been reading a lot about the receive benefits of horizontal loop antenna (see designs here and here, for example.) Would it be feasible to run a very long wire loop strung 15' in the air into the wooded area and expect to get better receive performance than the G5RV? Most internet resources appear to treat horizontal loops as NVIS antennas (presumably better to transmit shorter distances), but does that mean they will not also pick up DX as receive antennas?

Its also very unclear the implications of running antennas in such a densely wooded area. Most of what I read on the net suggests that this doesn't matter that much.

I'm also curious if such a setup could be made to be a transmit antenna as well. Different resources on the web claim the DX performance is somehow better than NVIS depending on the frequency. Is that true?

If a horizontal loop is not a great next antenna to build (lets assume towers/beams are out of the question for the moment) what would hams here recommend?

Put a dipole in the highest trees you can manage. The higher you get it, the better the performance will be. For good DX performance it should be at least 1/4 wavelength high.

The trees will not significantly affect the performance.

It is hard to beat a dipole on price, performance, or simplicity, especially when you already have these wonderful trees to support it. A beam can perform better, but without a tower and a significant budget it's out of the question.

On 40 meters, you might have luck with a Beverage antenna. They are quite inefficient and so not of much use for transmitting, but they are simple to construct and have great directivity, so are great for receiving, provided they point in the right direction. But you certainly have the space, so there's no reason you couldn't build several and switch between them.

Personally I would not bother with the horizontal loop. An antenna that's good for NVIS is necessarily worse for DX because the two have contradictory objectives. For NVIS, you want most of your radiation in an upward direction so it's reflected back down to provide coverage for local contacts, but for DX you want your radiation aimed at the horizon to maximize your skip distance. Besides, the horizontal loop requires twice the wire and twice the supports of a dipole.

I have been astonished by the receive-only performance of the Shared-Apex Loop Array (SALA) that I have used at a friend's contest station: 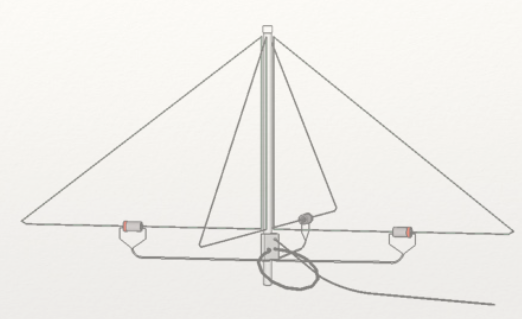 Unlike a beverage, which I believe will run out of gas at 20 meters, the SALA works well from 160 through 20. The SALA also takes up a lot less room than a beverage and erecting an orthogonal pair allows the receive direction can be conveniently switched. Commercial units, offered to cover particular frequency ranges, are available to shorten your time-to-enjoyment.

Ideally, I believe you would like to have antennas with horizontal and vertical polarization to realize the benefits of diversity reception. I can't find any documentation of the polarization of the SALA, but it looks like it should be vertical, which could complement your G5RV.

I used a large (roughly 100 foot on leg triangle) for quite a while. I fed it with parallel feed line and tuned it in the shack. On higher bands it seemed to have a very low angle of radiation. On receive all loops I have used delta, quad, folded dipole have so much lower noise that it seems like you are getting gain. Don't have room for something like that or I'd do it again. But a couple of 100' trees gets a guy thinking...

The loop was in a heavily wooded area about 30 feet off the ground. Got DXCC off it.