According to a few books and articles on antenna fundamentals I've read recently, including Wikipedia and the ARRL Handbook, when a half wave dipole is resonant, the inductive and capacitive reactances cancel out, and that's why there is no reactance in the impedance.

Some say that a half wave dipole can be thought of as a series RLC circuit. If so, what are the values of reactance that cancel out at resonance ?

Is an antenna resonant because the voltage and current are in phase, or because the reactances cancel out, or both ?

Also see my related question Exactly what is the cause for the zero reactance seen in the impedance at the center feed point of a resonant half wave dipole? 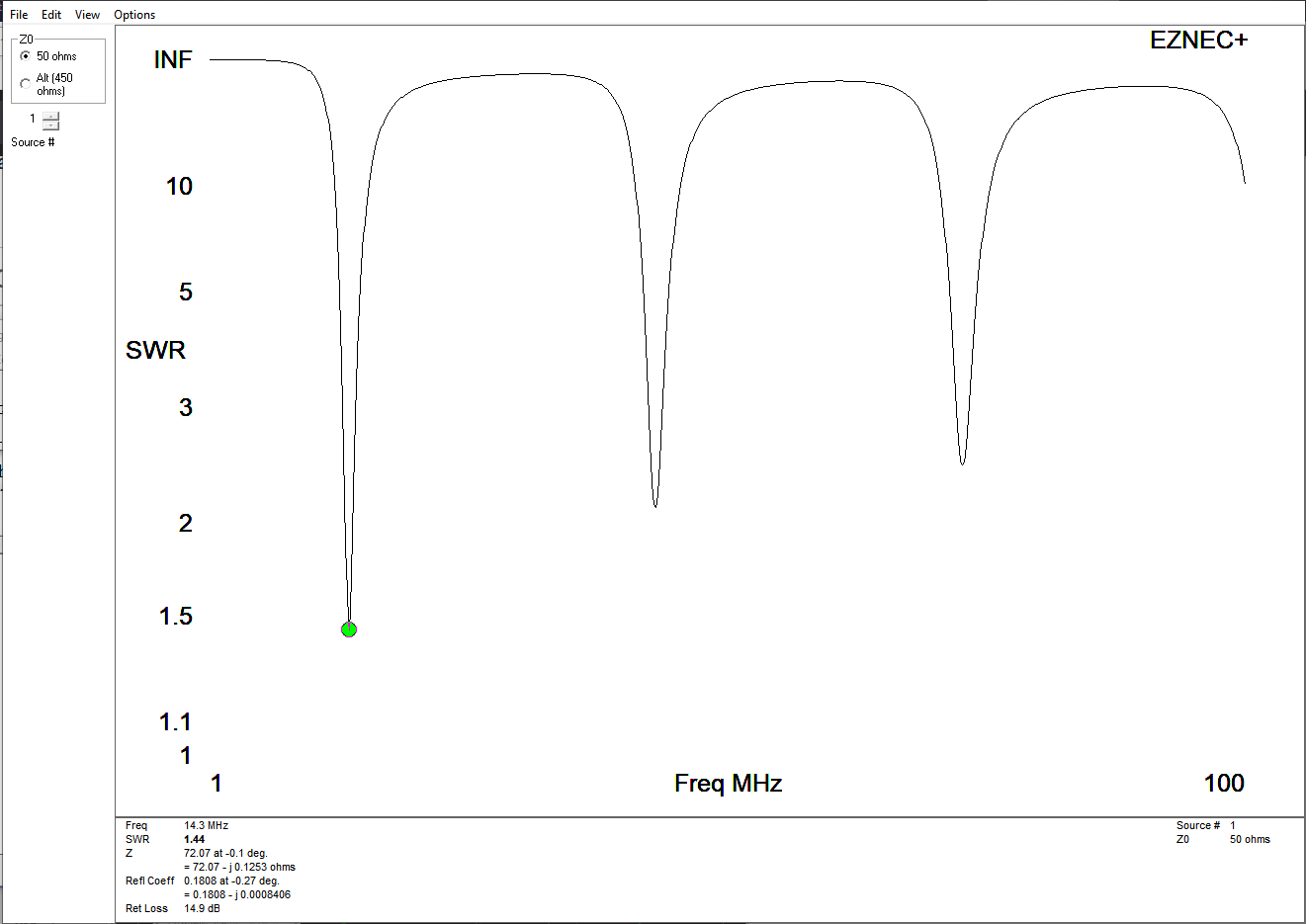 The conditions which determine resonance for a lumped constant RLC circuit which can be described using conventional circuit analysis are not the same as those seen for a system which is not very small compared to the wavelength of the frequency of operation and where wave theory mostly applies.

The formulas for inductive and capacitive reactance in a series RLC lumped constant circuit are shown below.

The formula for capacitance is C = e(A/d)

where e = dielectric permittivity, A = area of plates, d = distance between plates.

It's pretty obvious that a wire dipole antenna will have a very small amount of capacitance between the center feed points because the area of the plates, which is the surface area of the inner ends of the wire elements, is tiny. It is also obvious that this small amount of capacitance will not result in the same amount of reactance given by the self inductance of the wire elements, so these reactances will definitely not be equal and opposite at resonance.

In addition, see below the equation which describes the resonant frequency for a series RLC circuit.

A dipole antenna has multiple resonant frequencies, the above equation has only one solution for each combinations of L and C, and this equation cannot describe dipole resonance at harmonics of the fundamental resonant frequency.

See below equations using the Induced EMF method which are approximations which describe the impedance seen at the center feed points of a dipole.

The electrical length is determined by the length and cross sectional area of the antenna elements, which includes self inductance and effects of the impedance of free space. This situation i believe is described in the equation above for feed point reactance. 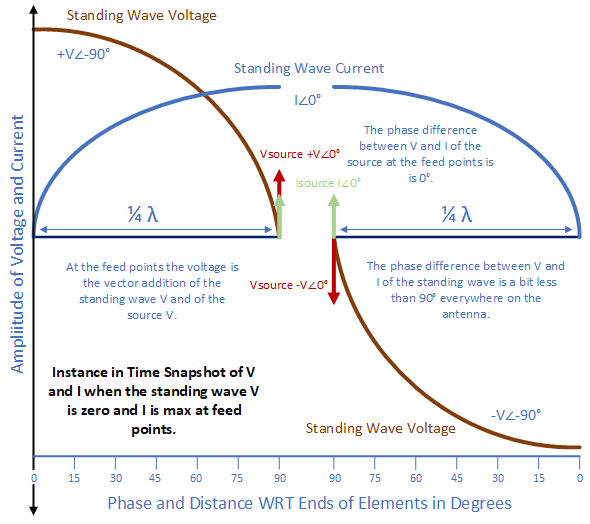 Not the answer you're looking for? Browse other questions tagged antenna-theory dipole .