I have a 40M vertical on top of my roof. When I transmit at 100W, my internet drops. My neighbor's internet too (different cable company). At 50W it seems to be OK.

As an expermient, I used a smaller vertical (Hustler 40M mobile), clamped to a yagi's boom. It uses my 10-15-20M yagi as radials of sorts (gamma matched so all elements are shorted to the boom).

The "large" vertical is about 4M away from overhead power and cable wires. The smaller one is about 15M away from those. The ends of the radials of my large vertical are only 20-30cm away from the power lines: 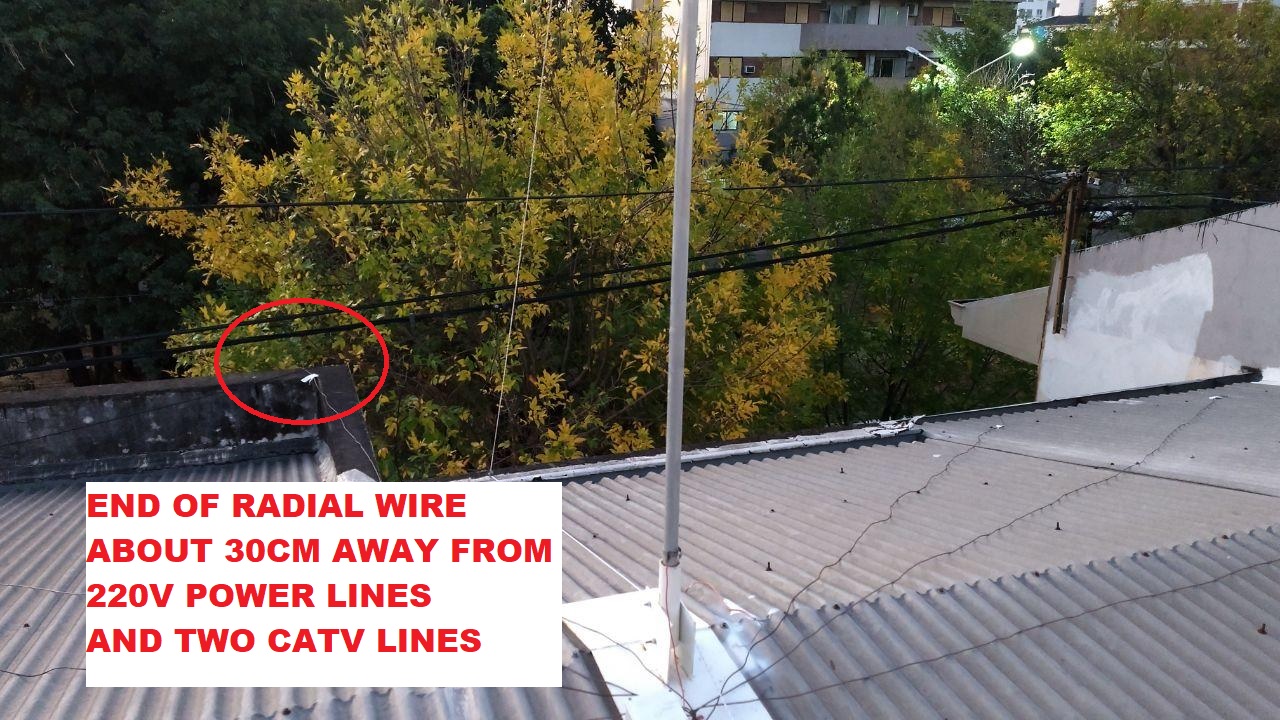 I have found two things:

Could both observations be attributed to just lower performance from the small vertical? The radiator is only 1.5M long, a coil, and some more whip. The larger vertical is 6M, coil, 1.2M.

I might consider moving my larger vertical and put it on top of my yagi, if this helps me reduce noise and avoid interference to CATV. But I'm not sure how a "yagi as a groundplane" would affect performance vs "16 5m long radials" as I have now.

Another question is: will the mast act as a radiator or counterpoise too? Is it beneficial for my application, or do I now have a off-center fed vertical dipole?

Finally, a photo of the small vertical clamped to the yagi: 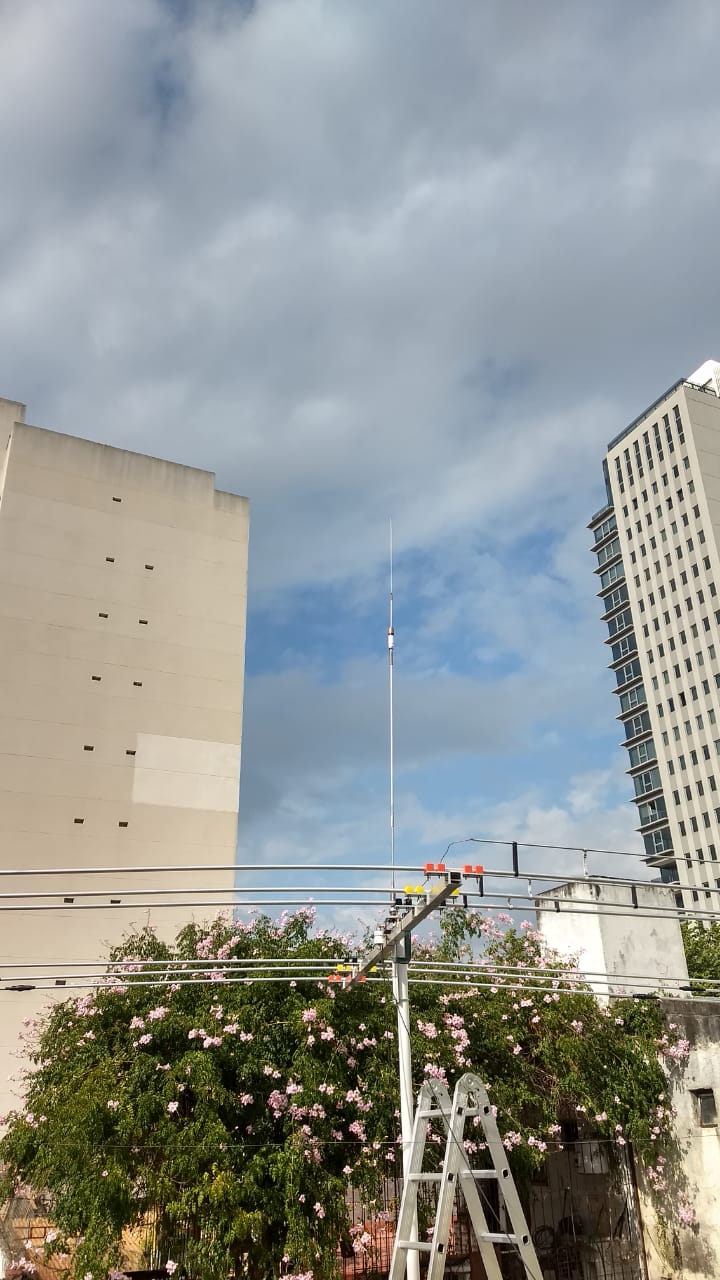 Browse other questions tagged vertical-antenna or ask your own question.