Using a trap out of its resonance frequency?

I have a vertical antenna, about 7M total length, with a loading coil at 6M height. This is just because aluminium tubing is sold in 6 meter lengths. The loading coil is used to make it resonate at 7.1 MHz. Here's a SWR plot of the antenna (simulated): 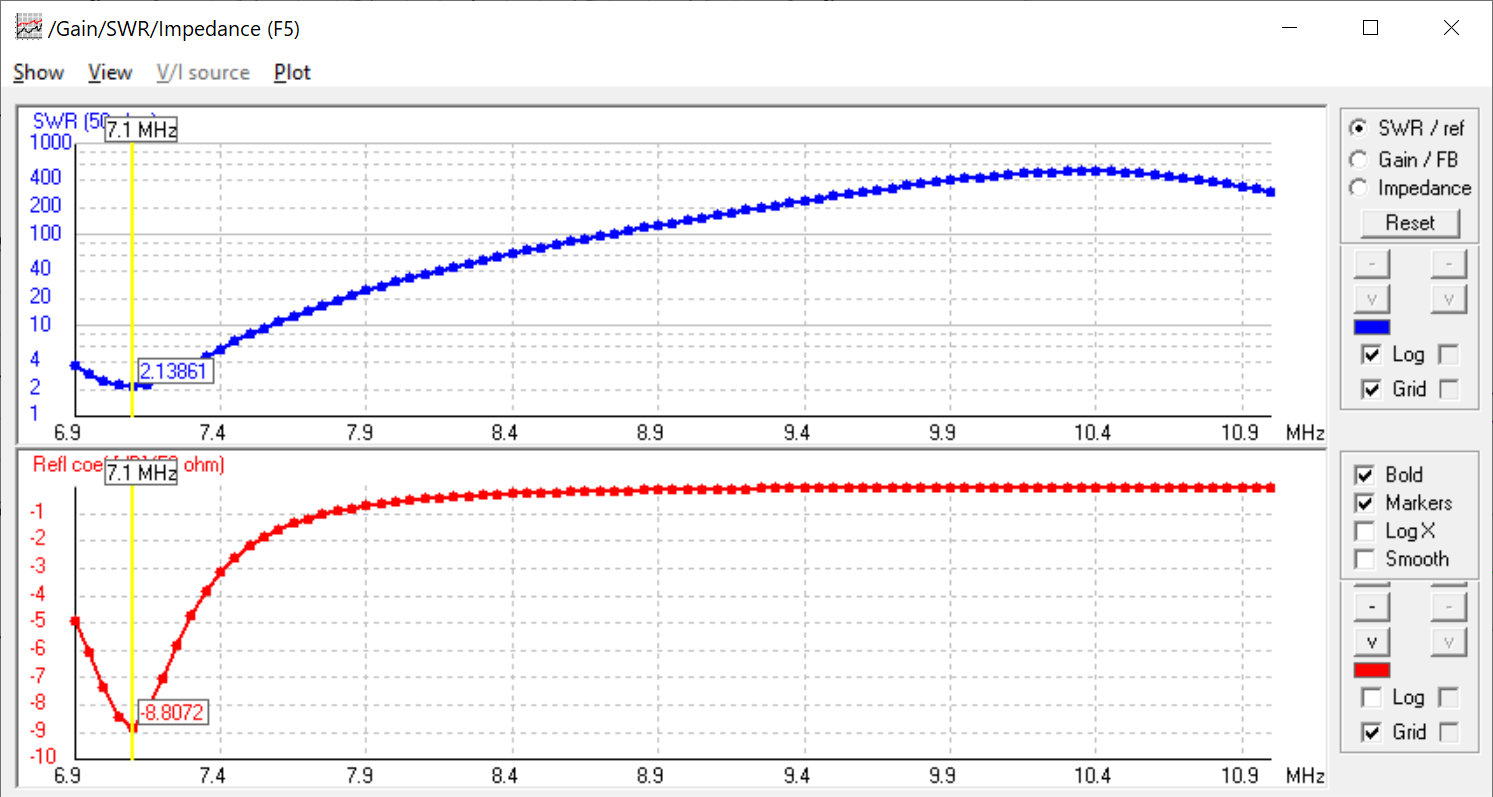 I was wondering if it would be possible to replace the loading coil for a trap, for example at 8.5MHz, so the antenna would work in both the 30 and 40M band. Here's my idea:

I don't know the exact value of my loading coil. It was calculated around 18uH but I had to remove one turn to raise the frequency to 7.1MHz. 4NEC2 is happy with a 16uH loading coil (as shown by the previous SWR plot). So I calculated a LC network for 8.5MHz with a 16uH inductance. The resulting value is 21.9pF. Here's the plot of said LC network: 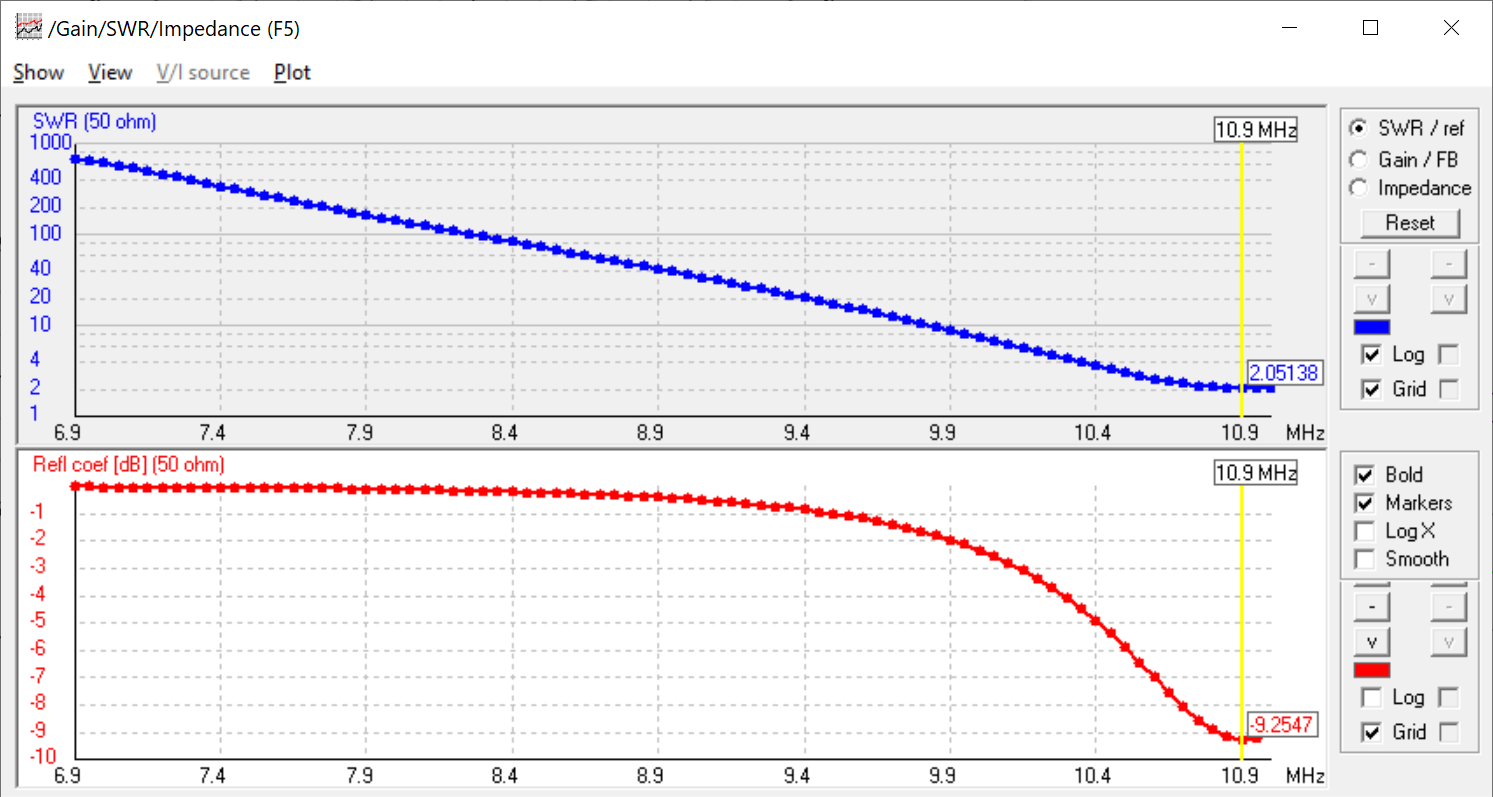 Definitely not good I did not find any capacitance values that will satisfy my requirements, so instead I used a coaxial trap calculator to calculate a 8.5MHz trap.

The problem with this is that the values seem to become extremely critical. When testing the different frequencies, the required inductance was within 2.8 to 3uH, and the capacitance between 120 and 130pf. Every picofarad matters, which makes me think thermal expansion effects will alter the trap.

Here's a SWR plot of the same antenna with a trap made with 3uH and 131pf, instead of the 16uH coil: 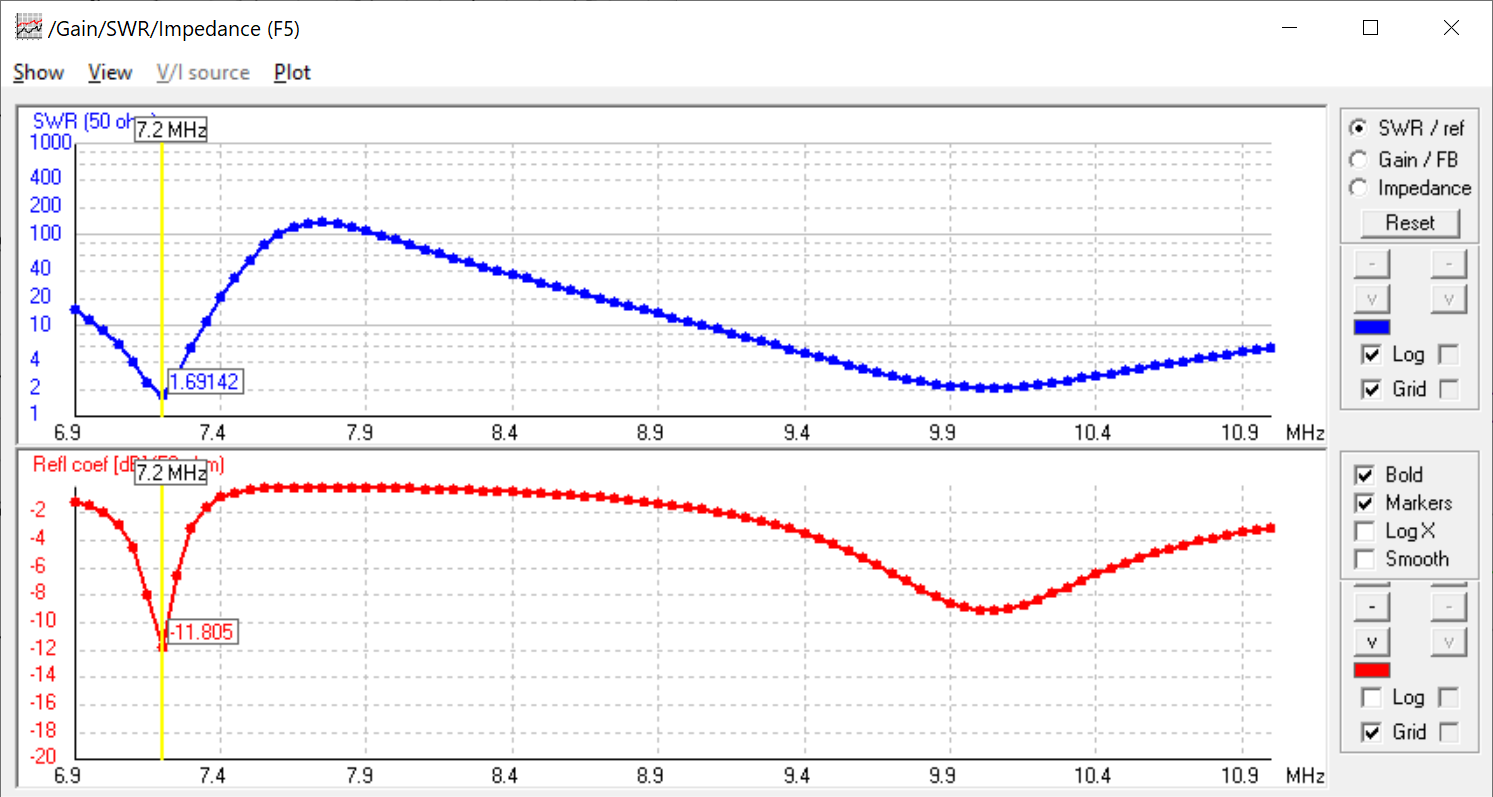 Definitely much more promising. Let's add a matching network with 4NEC2 and try to take the impedance to 50+0j: 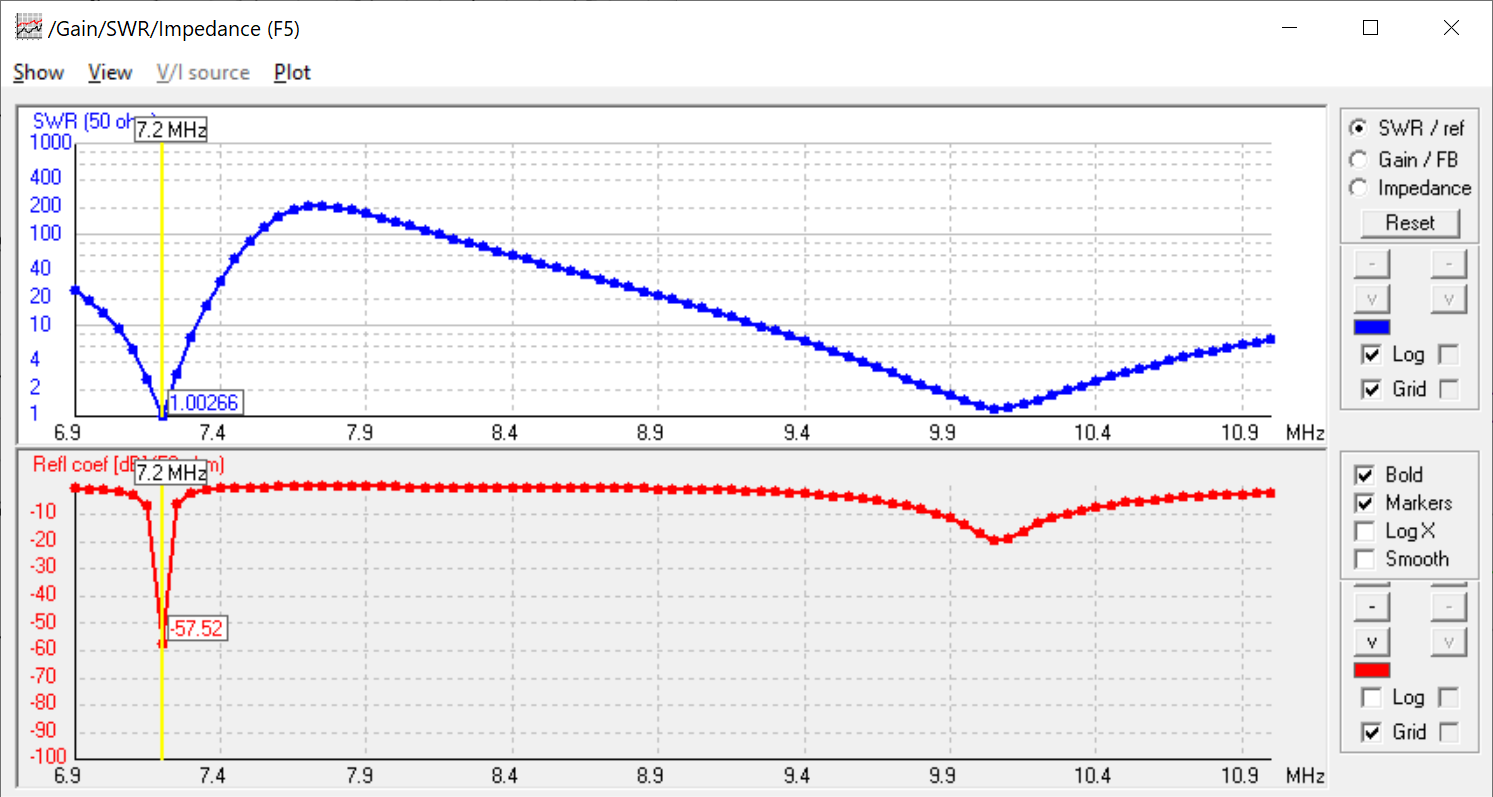 The concept seems to be working, but the SWR bandwidth at the 7MHz section is extrmely narrow. Let's zoom in into the 7 MHz band: 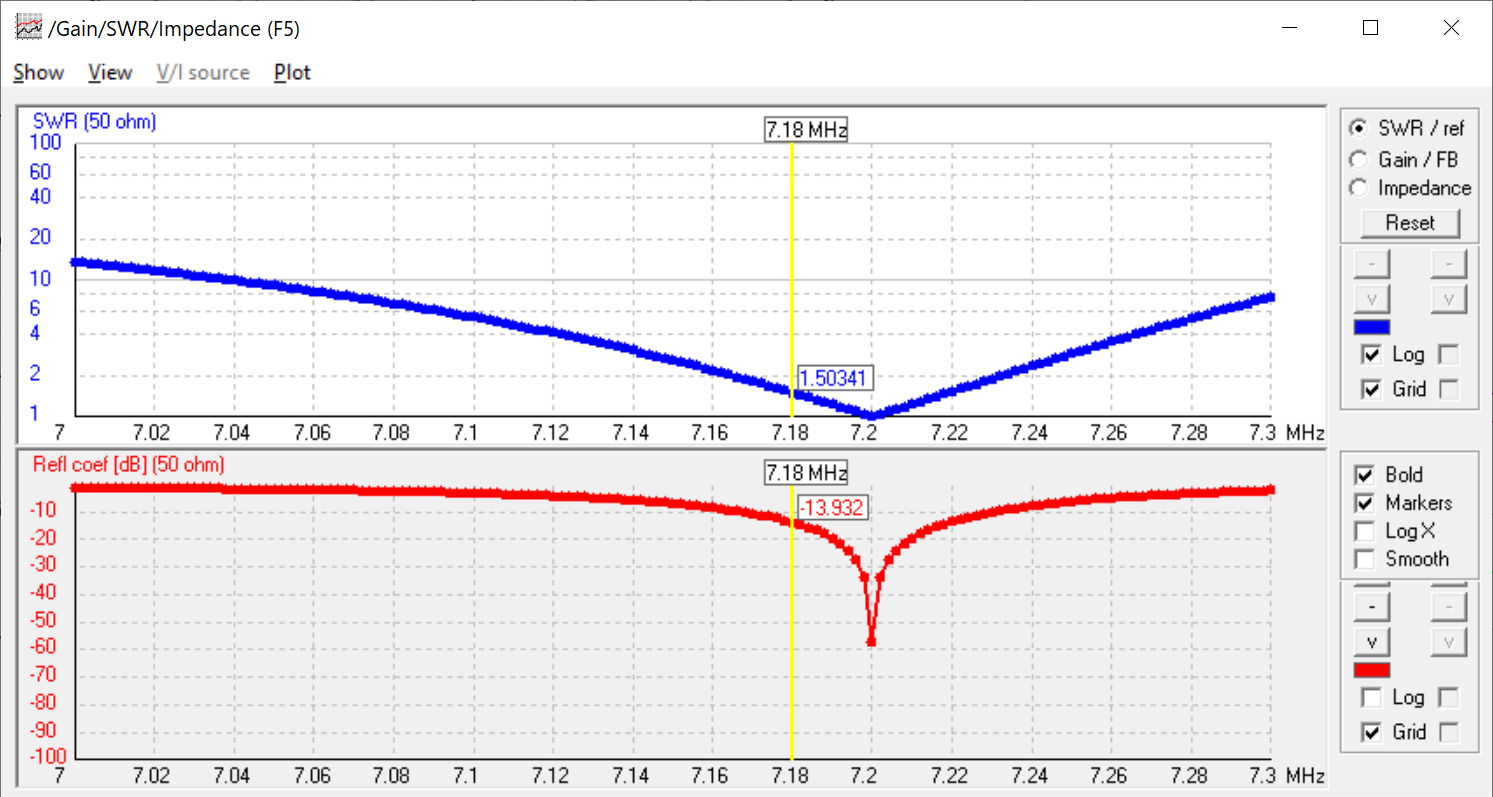 The lower portion of my vertical I'd prefer to stay 6M as not to cut the alu tubing (this is both radiator and structural support. The upper part I can shorten or extend as needed.

While your specific implementation will include numerous variables which are difficult to account for, I ran a NEC-2 model to illustrate the direction of a solution:

Varying any of these parameters will affect the driving point impedance. Here's a picture of the model: 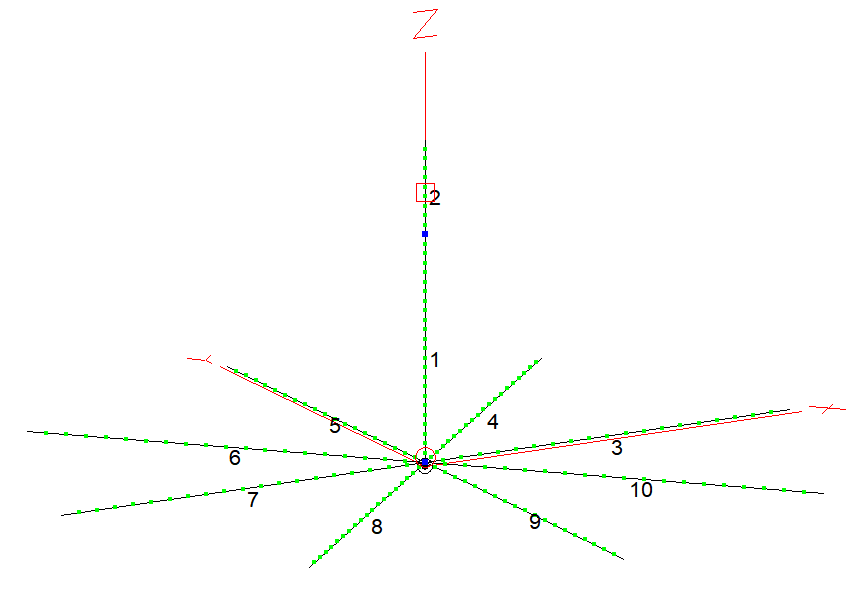 This produces a 50-$\Omega$ SWR curve that should be a reasonable starting point for further optimization: 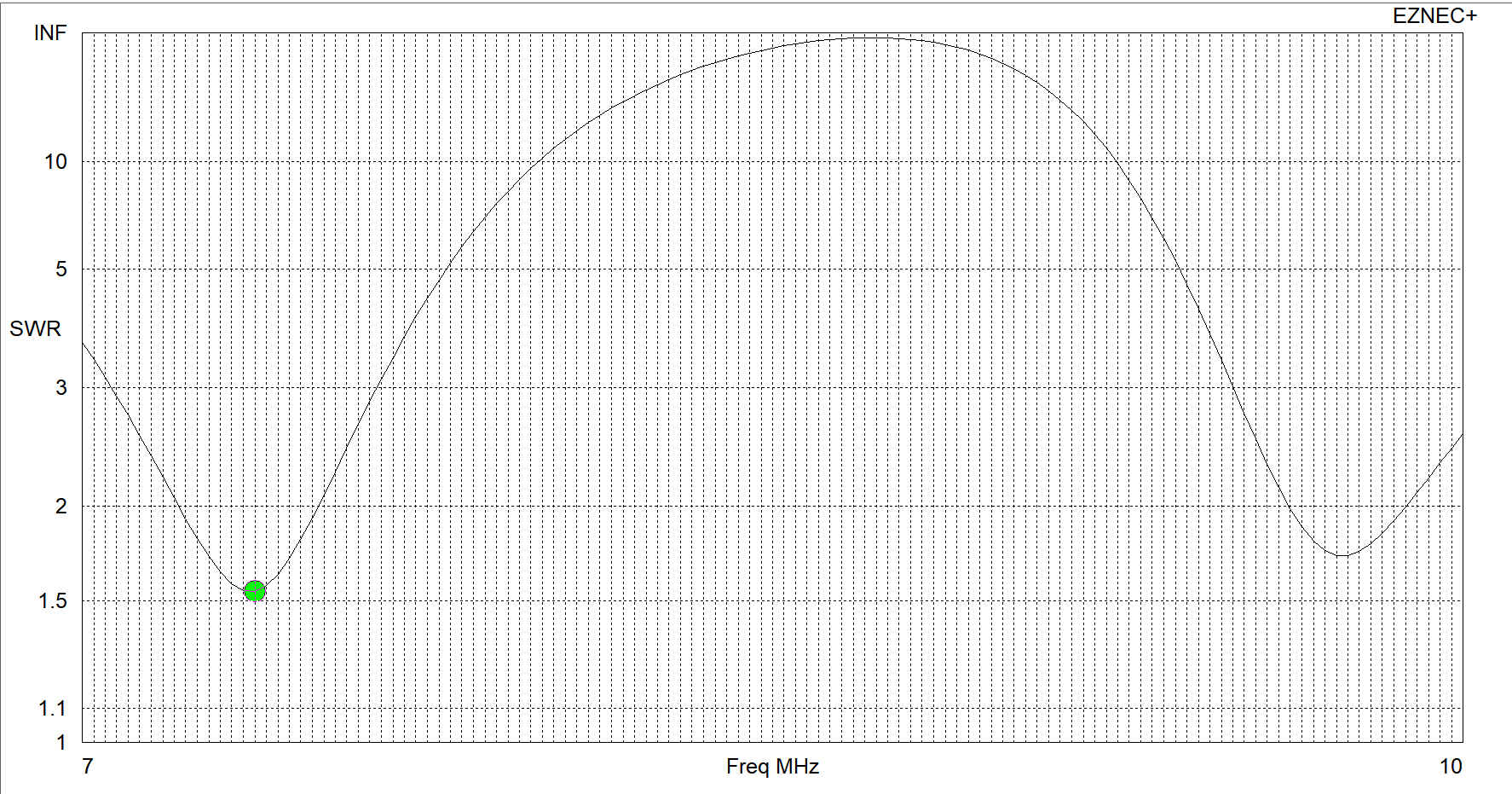 The resonant frequencies are:

Adding a broadband transformer to match 35-$\Omega$ improves the SWR: 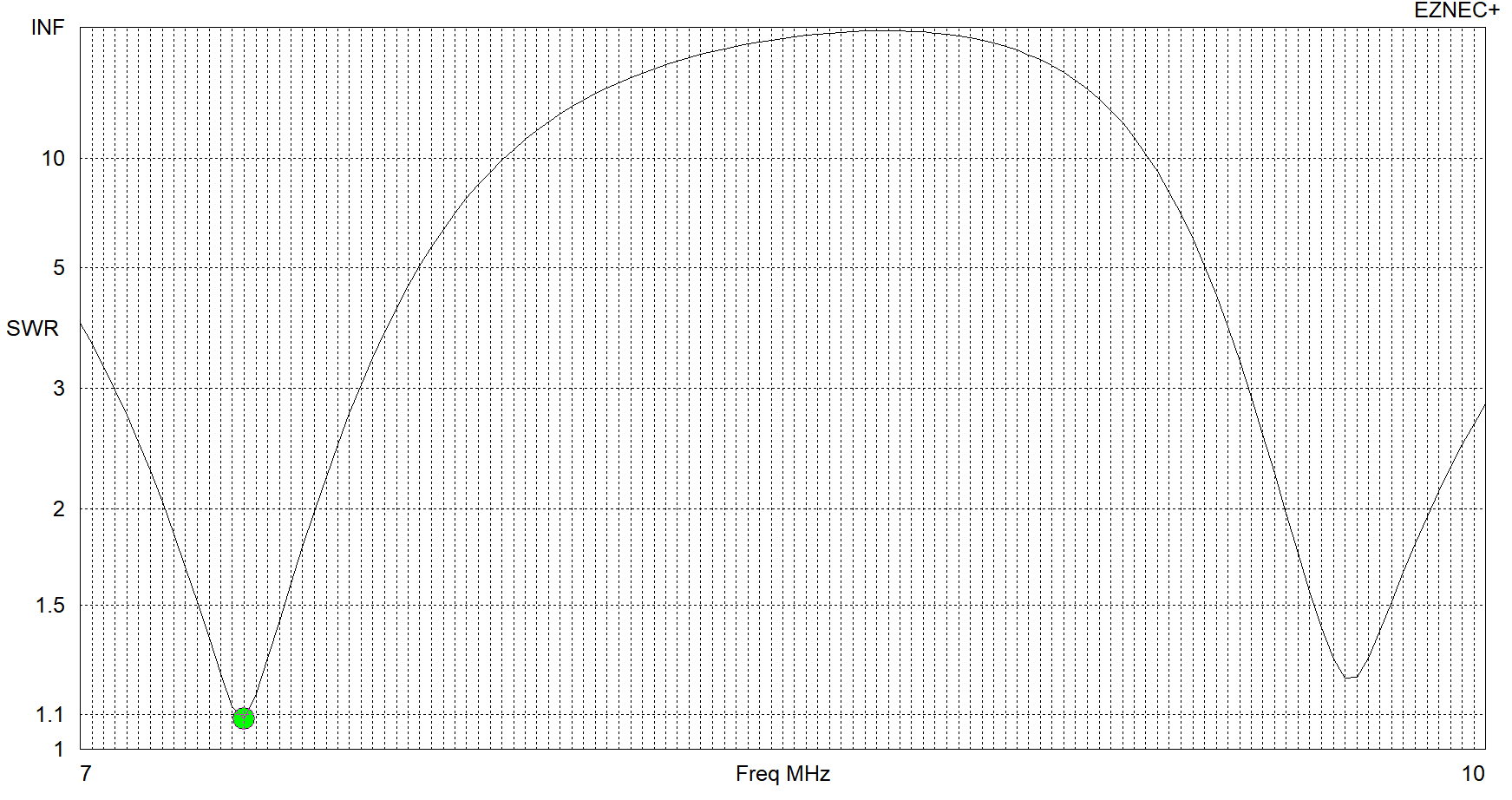 Not the answer you're looking for? Browse other questions tagged antenna trap or ask your own question.

2
How much loss for 1 to 1.5 inch Coil (rubber ducky) Antenna at 70cm band?
12
How does an antenna transform impedances along its length?
4
Dipole loading coil winding directions?
5
EFHW works only on one band - what am I missing?
5
Base vs center loading a vertical antenna
4
Basic antenna matching theory?
2
How to model my rooftop vertical on 4NEC2?
5
Is "coil loading" a type of impedance match?
3
What is an expected SWR plot for a trap dipole?
1
Antenna Tuner Range