I don't usually operate in 2 m, save for FM satellites. I usually go to a nearby park when I do this, for better view of the horizon. But I tried working them from home for the past couple of days, and found there is massive QRM around 145.650 MHz. So strong, I can hear it on my handheld with the antenna detached. It sounds like a motor.

With the SDR, with no antenna attached and the input gain set to zero, I see it at -45 with a noise floor of -60. The signal looks like a hump with the sides wobbling left to right (as if you were rocking a glass of water on a table). Yesterday, it looked like this: 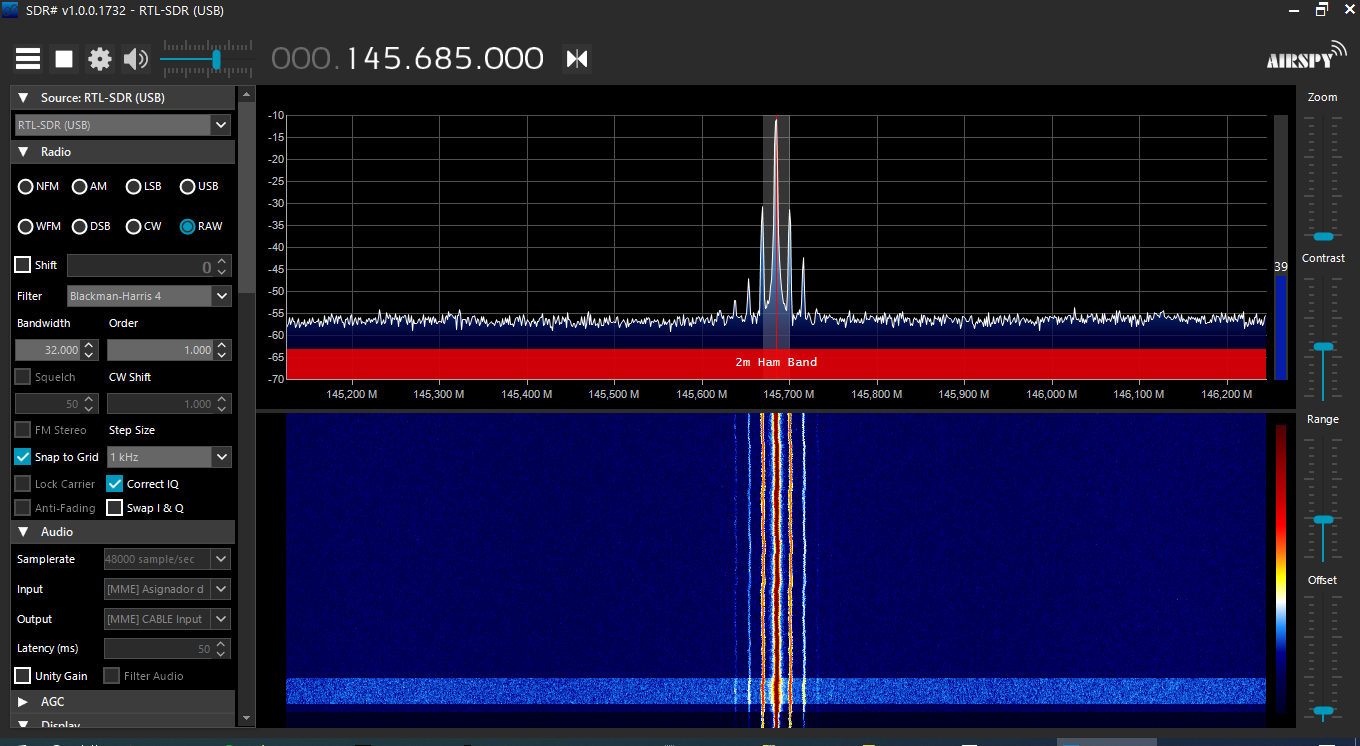 This QRM appears all around the neighborhood. It's difficult to pinpoint since it's so strong (it's so strong I don't need to open my squelch to hear it).

What on earth could be causing such strong interference? Could it be power line related?

I was able to take a screen capture of SDRsharp during the two "moments" the noise has.

Browse other questions tagged vhf noise or ask your own question.

2
UHF Into VHF Power Amplifier
0
Using RF6886 Power Amplifier for VHF design
3
Programming VHF To CB
8
Rolling QRM from 3000-10000 kHz - What Is It?
1
What can I do about my strong RF noise?
2
How does lowering the RF Gain help with SNR?
2
Weakly directive VHF/UHF antenna
1
Colinear Vhf antenna
6
Wide band TX capable band-pass filter for VHF and Airband
2
Where to find QRM and/or QRN audio files?