Why does the 60 meter band have special operating characteristics? 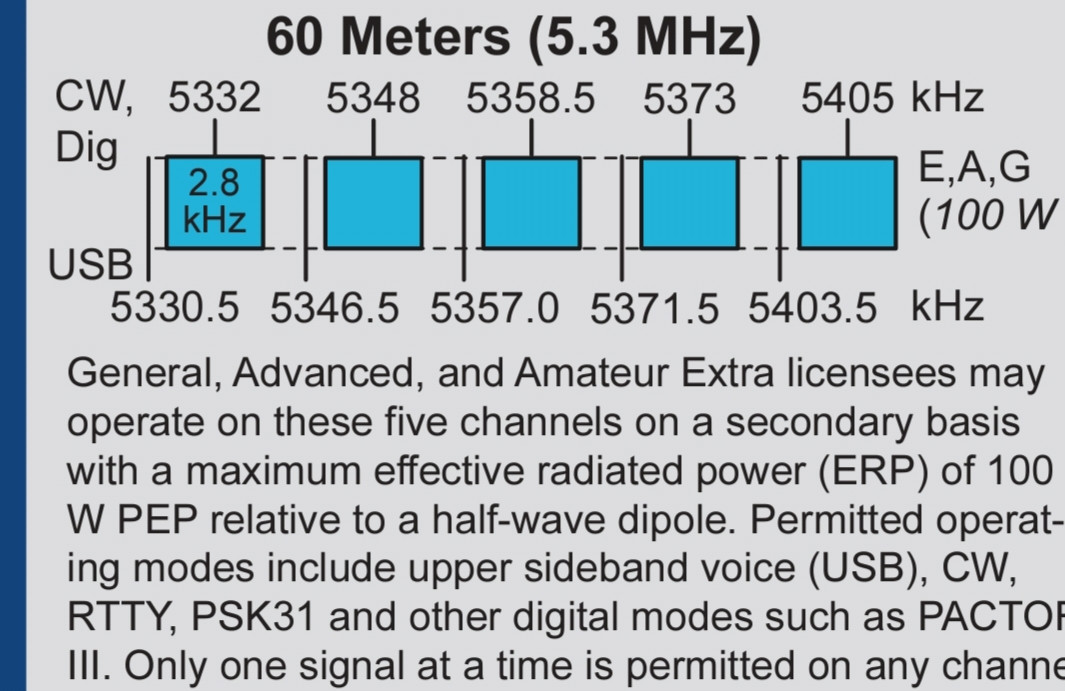 Why does this band have special operating characteristics and what do they mean.

The ARRL has a good FAQ page about the 60 meter band. The special rules in the United States for the 60 meter band aren't due to any technical limitations. Instead, they're a compromise to allow amateur use of the band without interfering with government use. The primary users of the band are government agencies, and they were using it long before amateurs were granted access. As secondary users, amateurs are required to stop transmitting when asked to do so by another user, or if they detect non-amateur transmissions on the channel. The channels were selected because they're lightly used frequencies that are least likely to cause interference with the primary users.

Not the answer you're looking for? Browse other questions tagged united-states frequency or ask your own question.

8
What regulatory issues/differences should I be aware of as a US ham vacationing in Europe (Poland)?
2
Why do you have to be 18 to be a Volunteer Examiner in the US?
10
What is the most common amateur identification practice for mobile US amateurs operating in Canada?
7
Why are there no amateur allocations in the LF and VLF spectrum?
9
How can you calculate the frequencies for each band?
4
How many frequency channels are there in a frequency band?
11
Why does the FCC put restrictions on symbol rates?
6
USA/callsigns: Why is California region 6? And the midwest in regions 7-9?
5
What is the frequency range 2300-21950 kHz used for?
0
Does signal frequency affect the band width of SDR hardware?