What is the delay through a 1:4 Guanella balun?

I need to estimate the signal delay through the 1:4 Guanella balun shown here: 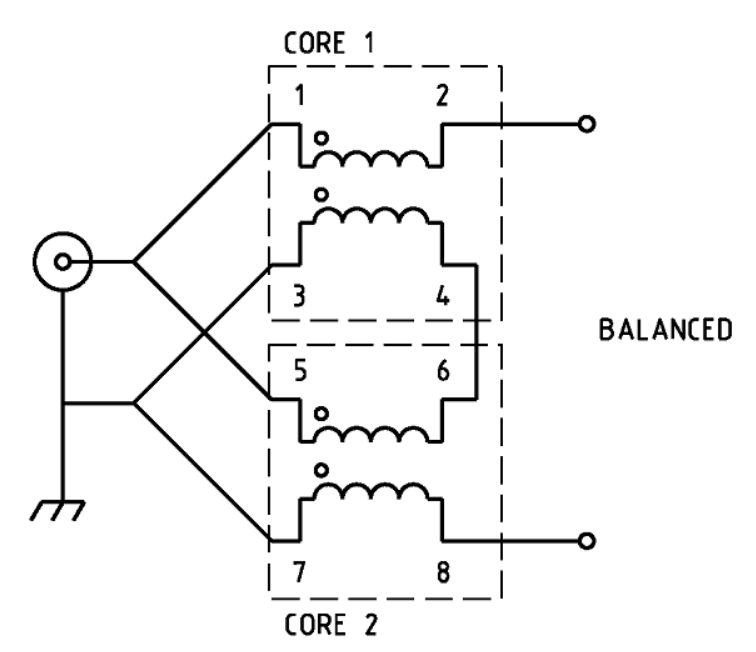 Is the delay simply the delay through the winding on CORE1 or CORE2?

After calibrating the instrument to set the phase of S21 to zero at 20-MHz - no delay - he measured the phase added by about a meter of small diameter coax as 28.49 degrees. He then wrapped the entire length of the same coax on a large toroidal ferrite core, FT240-43 (2.4-in O.D., 43-mix ferrite) and measured the phase as 28.43 degrees, indicating that "ferrite loading" of the coax added no discernible delay. This is not surprising, in hindsight, but the experimental verification is worthwhile.

I modeled a Guanella balun using SimSmith. As shown, I used the resistance and reactance specified for a binocular type-43 ferrite core to establish the impedance to currents on the outside of the coax shield at 2-MHz: 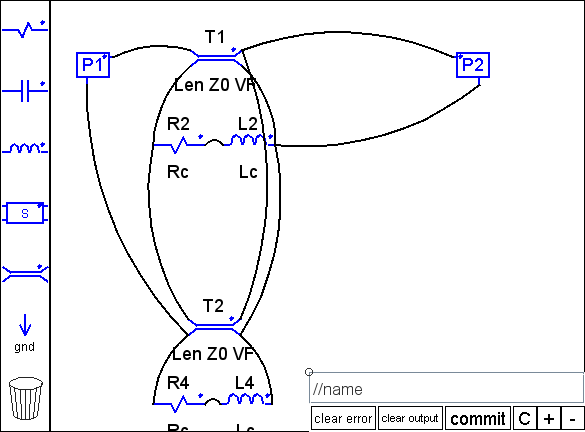 As shown by SimSmith's Wave function: 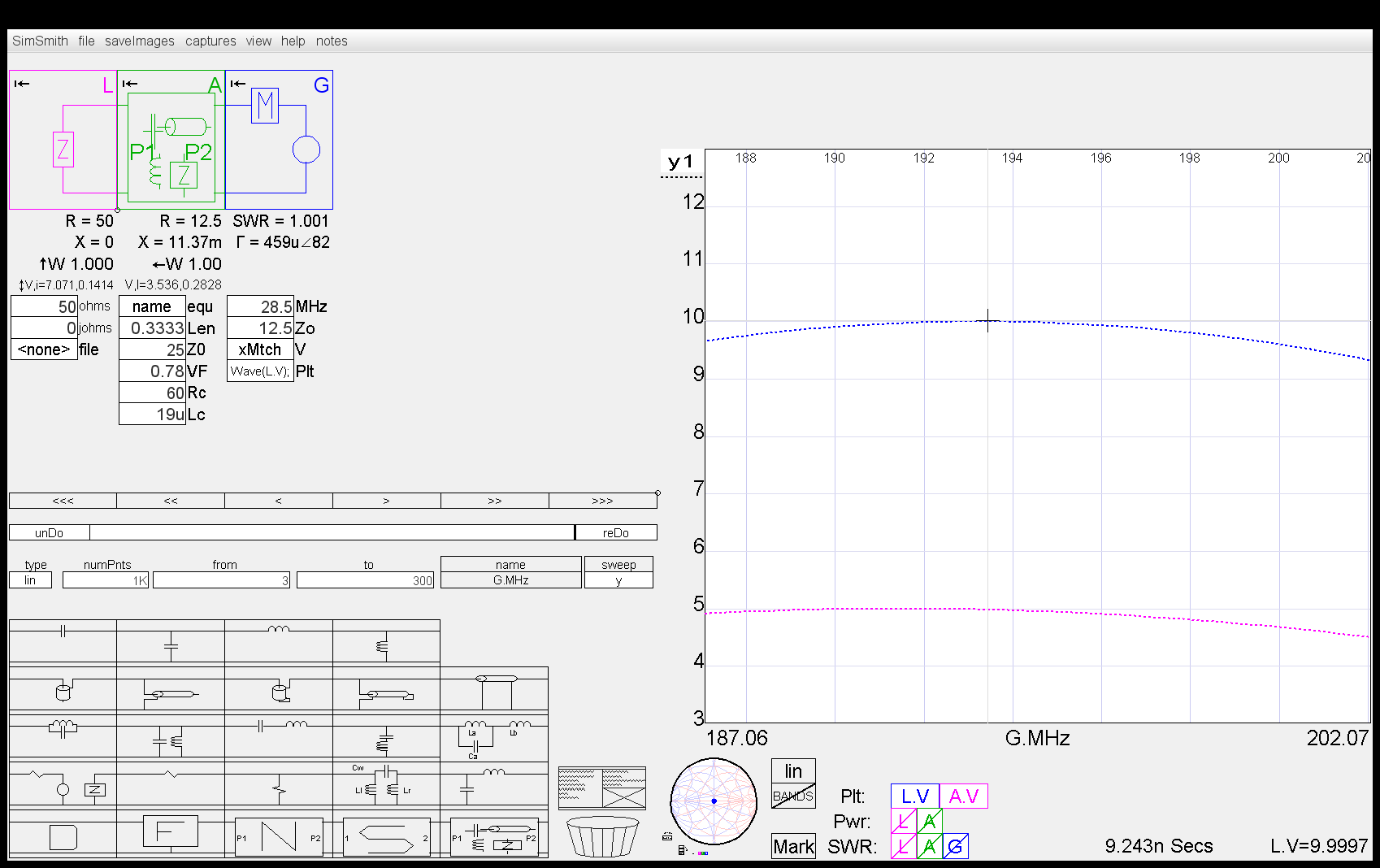 the delay from the input to the output of the balun is:

which is the delay expected from the length of coax used to wind each of T1 and T2:

Not the answer you're looking for? Browse other questions tagged balun or ask your own question.

5
Connect Printed Yagi-Uda Dipole Array with Balun to coaxial cable correctly
24
Why are some 1:1 current baluns twice as complicated as others?
1
Turn 75 Ω TV "Rabbit Ears" with a balun into a 50 Ω dipole antenna
1
Using a common-mode choke on symmetrical antenna system
7
How to determine number of turns for a 1:1 balun?
6
Coax or bifilar windings for a choke?
2
Voltage vs. Current Balun for Dipole
4
Dipole increased CM current using choke balun
1
Can I build a guanella balun using single strand wire instead of coax?
9
Importance of Ferrite Size in Coax Choke Balun