In amature radio, users can use what is called a phone patch to enable them to use a phone to establish connection to another party or user.

Phones are usually two wire and dont lend themselves to easy connection to the both the receiver and the transmitter so a hub is required.

I believe this curcuit bellow is the hub, the input connects to the receiver and the output to the transmitter. 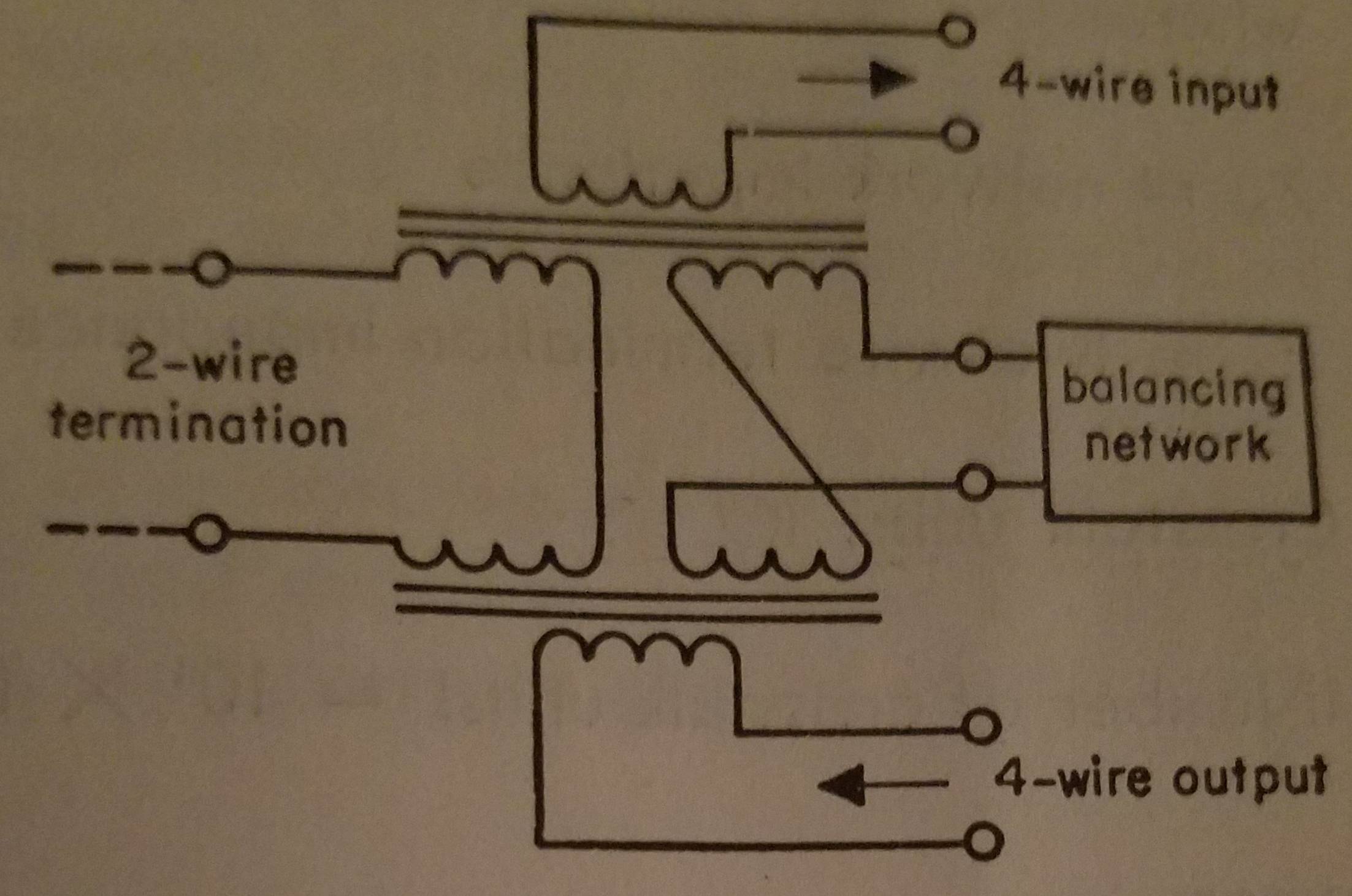 However their is an issue with using this curcuit.

I am looking for a better explanation on how this curcuit can work in feild radio and in facilitating a 2 to 4 atachment and how it can be used to inter connecting the required componets in amature radio.

This has been taken from my refrence data for radio engineering.

I am still of the opinion that it is “unclear what you are asking”. But I will try to answer the two questions that you actually wrote:

Q. How does the carrier telophone system works on the conext of radio and most important how does this circuit work in establishing a connection between the receiver and the transmitter. [sic]

A. It doesn’t. There is no radio in the picture - it is a simple diagram of how to mix incoming and outgoing audio signals over a two-wire telephone line.

Q. Following it, is their additional passive or active componets place to keep the transmitted energy from over loading the receiver.

A. Following what? Still no radio in the picture, which means no transmitter or receiver, as such.

Without further clarification of what you are actually trying to achieve (rather than an out-of-context portion of a picture that describes something that seems to work in a similar way to how you imagine it could work in a radio environment), I still think the question as framed is not answerable.

However, I have posted this as an answer in order to explain why I think this question is not answerable. And I still think it is “unclear what you are asking”.

Not the answer you're looking for? Browse other questions tagged transceiver transformer or ask your own question.