Trying to understand the work of 4:1 coax balun 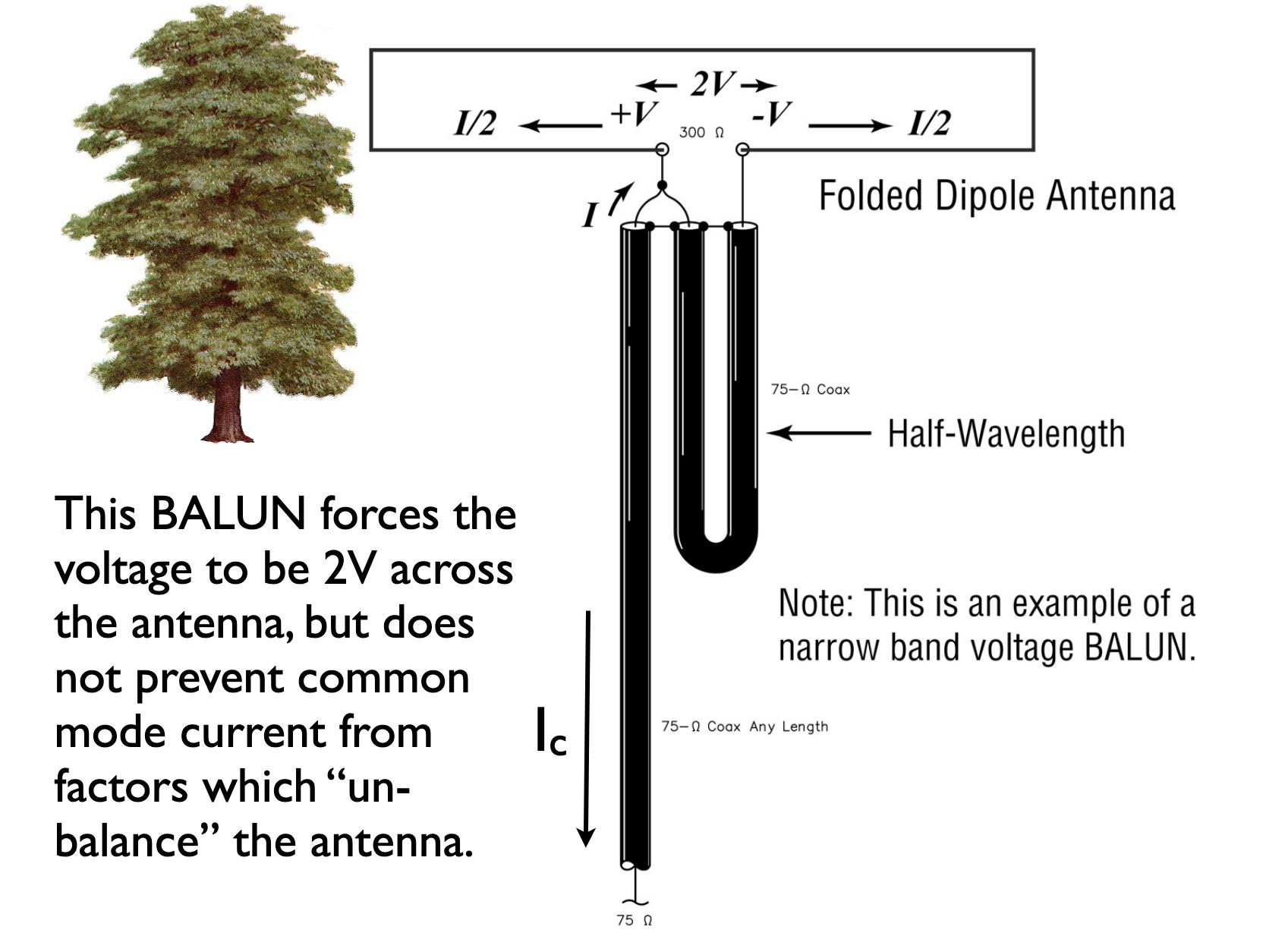 When current passes the half-wavelength matching section it changes the phase to the opposite, this is why we get +V and -V in the feed point, 2V difference in total. Also I understand that the current splits to 2 x I/2, this is why we get ( R = 2V/[I/2] ) 1:4 impedance matching.

Update: Or there is no current in the shield at all? After all it has no connection to the center part of the cable.

Think of it first without the feedline: 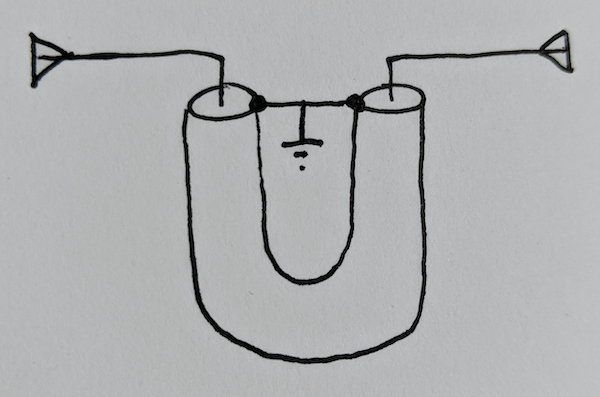 The half-wavelength of transmission line provides a 180 degree phase shift, and the (short) connection between the shield ends is "ground". That means it's at 0V relative to the environment, and also the voltage at the open ends of the coax center conductor will be equal in magnitude but opposite in sign relative to this ground point.

Assume now this is somehow magically fed: there must indeed be an induced current on the shield, equal but opposite to the current on the center conductor. This shield current is also subject to the phase inversion, so if it's going in the coax on one end it's not coming out the other end because it's been inverted: it's also going in. Equal but opposite currents cancel. Which is good, since we said this was ground.

Now if you've read about coax you may know this is exactly the kind of place we want to attach the shield end of a feedline: we want to attach it at a place where the voltage is unchanging relative to the environment, otherwise we get common-mode current that causes the feedline to radiate. And examining the original diagram, this is indeed where the coax is attached.

But still, where does the shield current go? If you like, you can imagine that it splits equally into each half of the 1/2 wave loop: 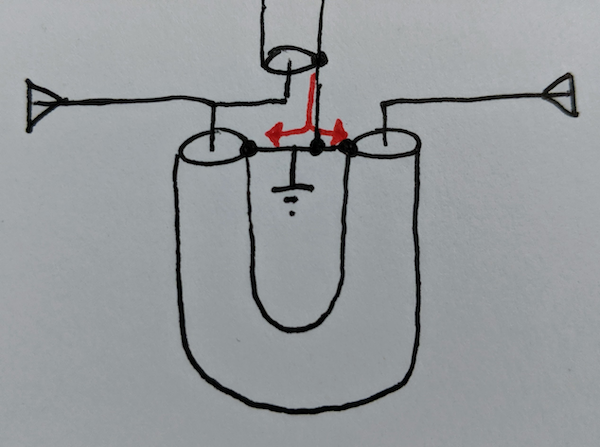 Each half then independently travels around the loop where it's inverted then cancels itself.

Not the answer you're looking for? Browse other questions tagged coaxial-cable balun impedance-matching or ask your own question.

6
Understanding coax radiation and "current on the shield"
2
3 way coax split / impedance match
9
Does a balun need to be made with coax?
5
How to calculate single-stub match (general case)?
4
Is RF current always confined to the inner diameter of a braided outer conductor of coaxial cable?
1
Exactly why do some SWR meters give a changing reading depending on the length of coax used to connect to an antenna?
19
Why do amateur radio operators call an RF choke a balun?
2
Is a balun really necessary for a small loop antenna?
0
Pondering variations on the vertical bazooka antenna
4
When a dipole antenna is fed via coax, what powers the ground-side of the dipole?