What sort of antenna would use a bicone or lozenge-like arrangement of vertical wires?

In another QA here, there's a picture of an antenna I identified as a "discone": What are these antennas used for?

One commenter noticed that antenna was actually a "Discone, but no disc, just the cone..." so I gave it a second look: 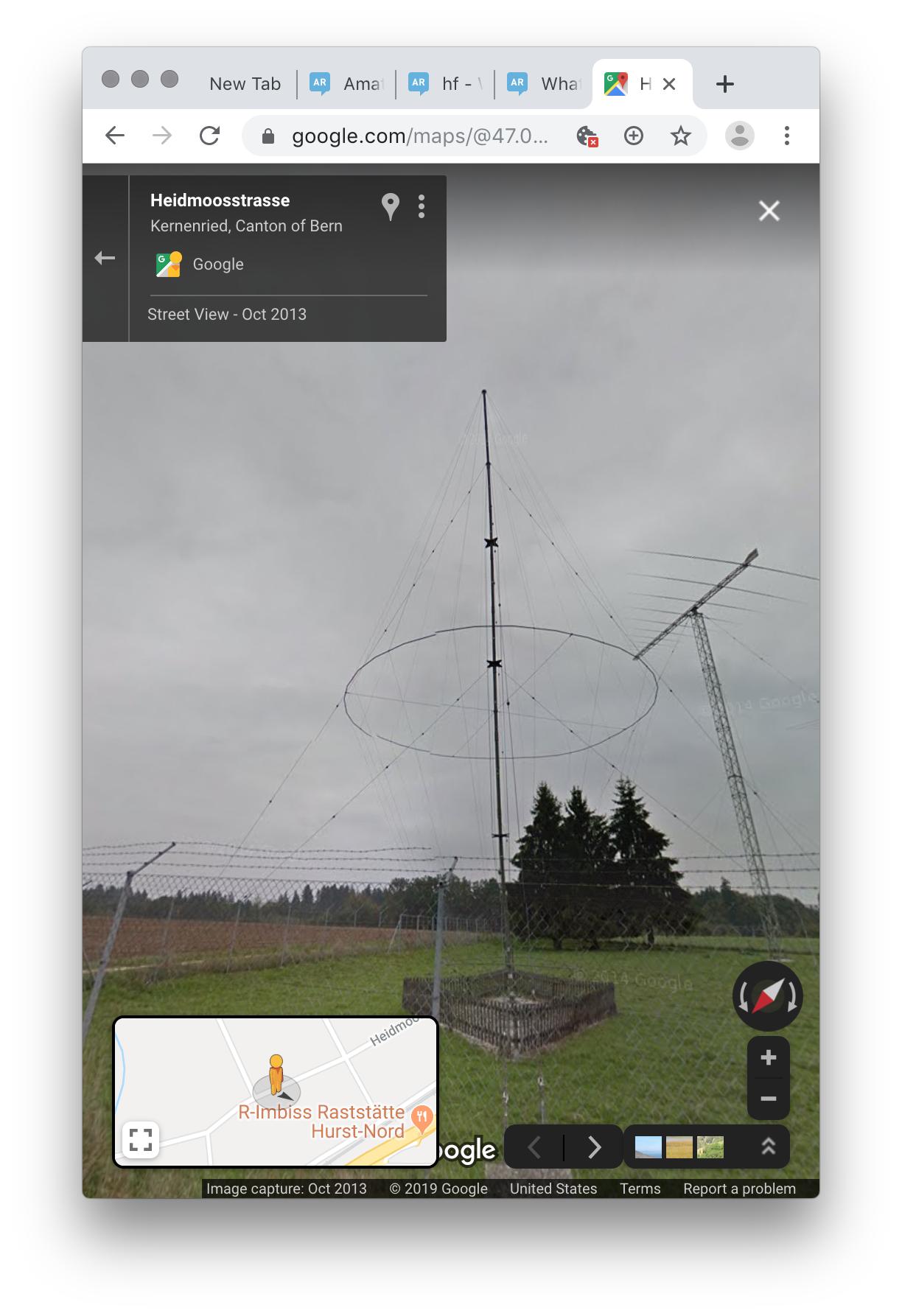 Sure enough, no "disc". But now I don't even see "the cone" either!

There seem to be two things going on around this mast:

Unlike a discone, which is derived from a biconical antenna where two cones meet at their point, this antenna seems to be shaped more like a geometric bicone where two cones are joined base-to-base instead.

What type of antenna — or, antenna array — is this?

This is probably a conical monopole antenna, as described by E.W. Pappenfus, WB6LOH, in QST for November 1966. Antennas of the size order shown in the OP are probably for use from 4MHz and higher in the medium-wave band.

Paul Lee, N6PL, describes the "discage" in, "The Amateur Radio Vertical Antenna Handbook" , which could explain the "disk" one may observe atop such antennas. The top disk is fed separately against the wire cage to provide improved coverage of the shortwave frequencies.

Not the answer you're looking for? Browse other questions tagged antenna-theory vertical-antenna .

5
What are these antennas used for?