How can I determine the possible damages of transmission with detached antenna in portable ham radios?

Premise: I had a Baofeng GT-3 TP Mark III 8W stored and never used, this morning my nephew has found It and He tried to "play with It" transmitting at maximum power(8 Watt) despite antenna wasn't attached, (seems He has transmitted for several minutes).

Since I haven't tried this radio before, I don't know if this depends on local radio pollution and bad factory squelch parameters, that eventually I can adjust with CHIRP(you can see the current parameters in the image), or this could be caused by some noise filtering component that has been burned during the transmission without antenna making It more sensitive to any radio disturbance. 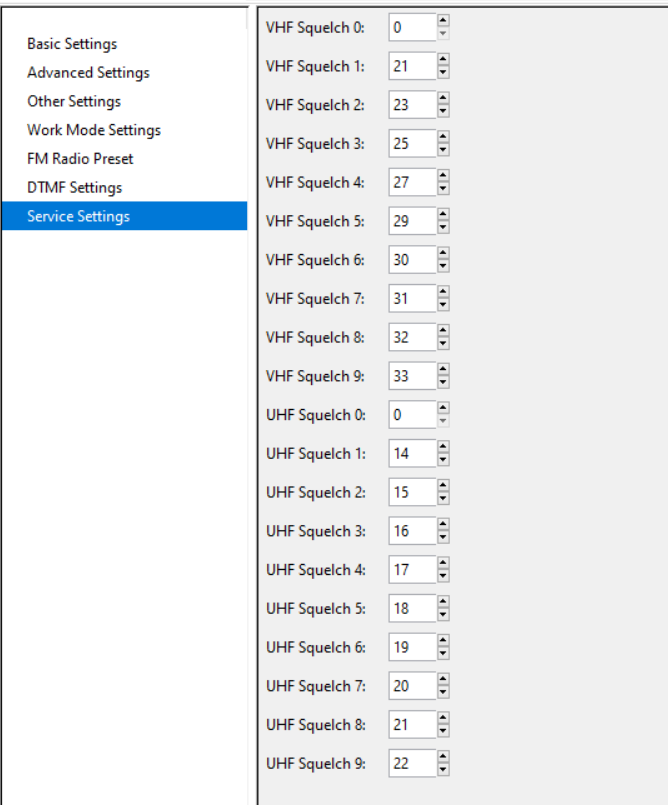 How could I determine the possible damages of transmission with detached antenna in portable ham radios? (consider that I haven't any special testing equipment)

What are the kinds of damages that could occur?

In case the damage occur, is It something of the kind radio totally stop to receive and transmit or could happens even kinds of damages that make the radio performing worse?

Thanks to everyone help me.

If your nephew damaged the Baofeng GT-3TP Mark III, the damage is likely to the transmitting circuits of the radio, and not to the receive side. I don't have that model of Baofeng, but I do have a different model, which is notorious for having difficult-to-adjust squelch. On several channels I can't get the squelch to stop the radio from playing static. It could be that the squelch hasn't been improved much in the GT-3TP Mark III.

If the radio has been damaged, the most likely symptoms are low transmit power (perhaps none) and/or high current usage. The best way to test the radio would be to compare the transmit power and current draw to a unit that hasn't been transmitted without an antenna. If you don't have access to a second radio and test equipment, then you could try asking for a radio check on a local repeater or your local 2m FM simplex calling frequency (146.52 MHz in the US and Canada). You could also keep an eye on how long the battery lasts, and compare that to other operators' experience.

25
How can I avoid accidentally transmitting with a Baofeng UV-5R?
1
How to make a BaoFeng start/end transmission with sound
3
BF-F8HP radios do not receive on 2m unless menu is open
0
BF-888 radios don't work with UV-5Rs on the same frequency
2
Why do Baofeng radios have such poor reception reliability?