I have been looking for an affordable yagi antenna to use with a dual band handheld radio and I came across some very inexpensive VHF/UHF (HDTV) antennas. They are all 75 ohm though. Is it ok to use a 75 ohm antenna on a tx/rx radio that uses 50 a ohm antenna, or do I need to spend more money and buy a 50 ohm to 75 ohm converter? 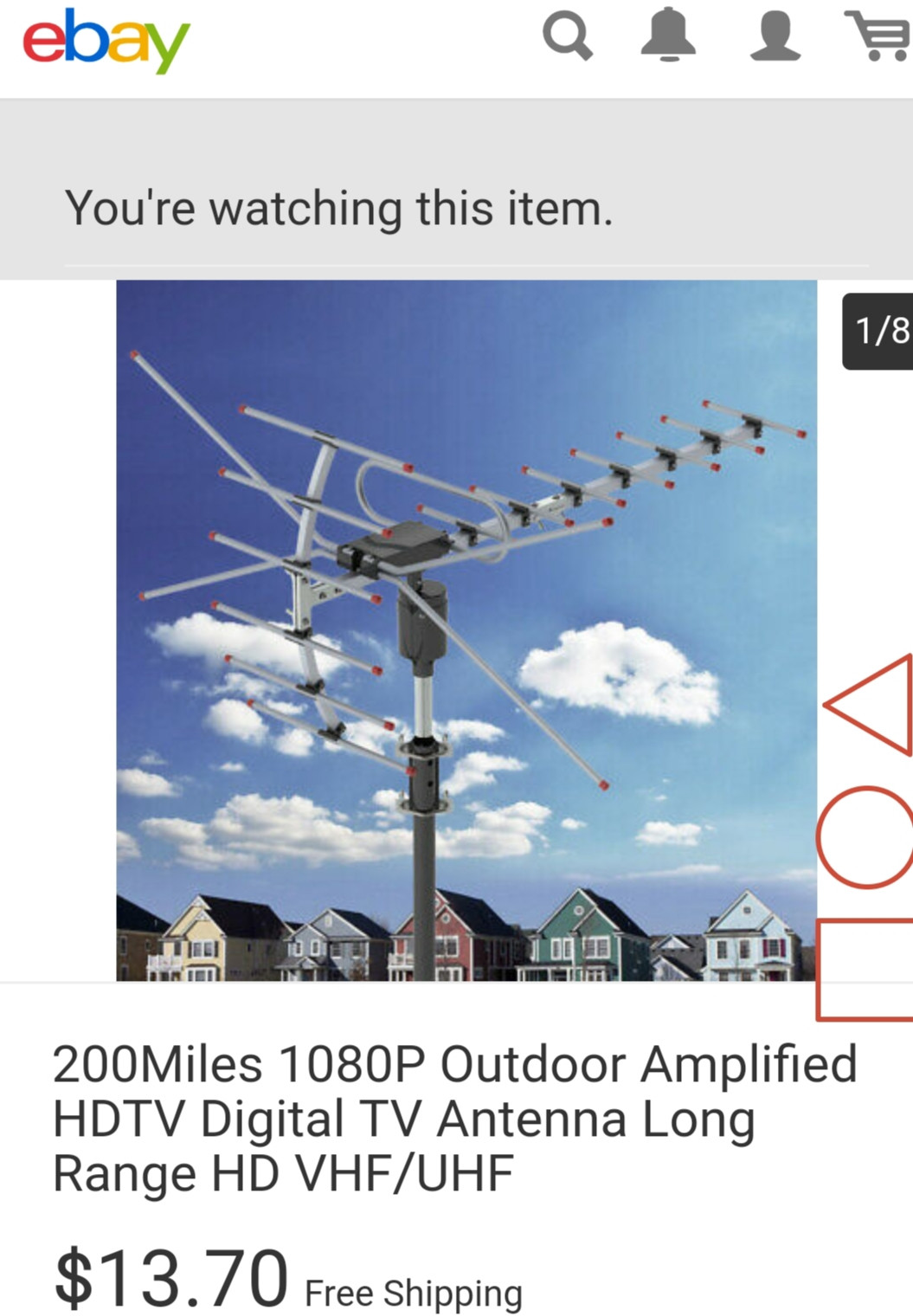 You probably cannot use that antenna.

A 75 Ω-50 Ω mismatch is a SWR of 1.5, which is not intolerable for a handheld radio (which needs to tolerate a directly attached antenna being detuned by the body of the user or other objects). So the answer to the question in your title is "yes".

But, what you have posted is an amplified, receiving antenna for TV signals.

Although the difference in impedance will only cause a 1.5 to 1 swr, TV antennas are not designed to transmit on and the one in the picture has a built in preamp that you will destroy if you transmit. Also the antenna has to be mounted VERTICAL for communications.

The cheapest and easiest antenna is a simple 1/4 wave groundplane for the 2 meter band. They will also work well on 440Mhz

Not the answer you're looking for? Browse other questions tagged antenna impedance-matching or ask your own question.

8
Simple cheap foxhunting?
6
What should I look for in an antenna for a DVBT Dongle used for SDR?
4
How to bypass LNA for TX in UHF Antenna?
8
Can I use a helical ground plane radial in the same way that a loading coil works?
3
NMO bicycle mount antenna has unexpected SWR
2
Weakly directive VHF/UHF antenna
6
Is there any practical advantage to a parabolic reflector over a high-gain beam antenna?
0
How to use 75ohm (RG6) coax?
2
Constructing a ground level antenna array to monitor radio frequencies using SDR