What is this burst transmission sequence across the entire band?

Fairly regularly on the 40m band I hear a quick blip of a tone, and when I look at the waterfall I see these brief transmissions all across the band that look like little dots. What is causing that? 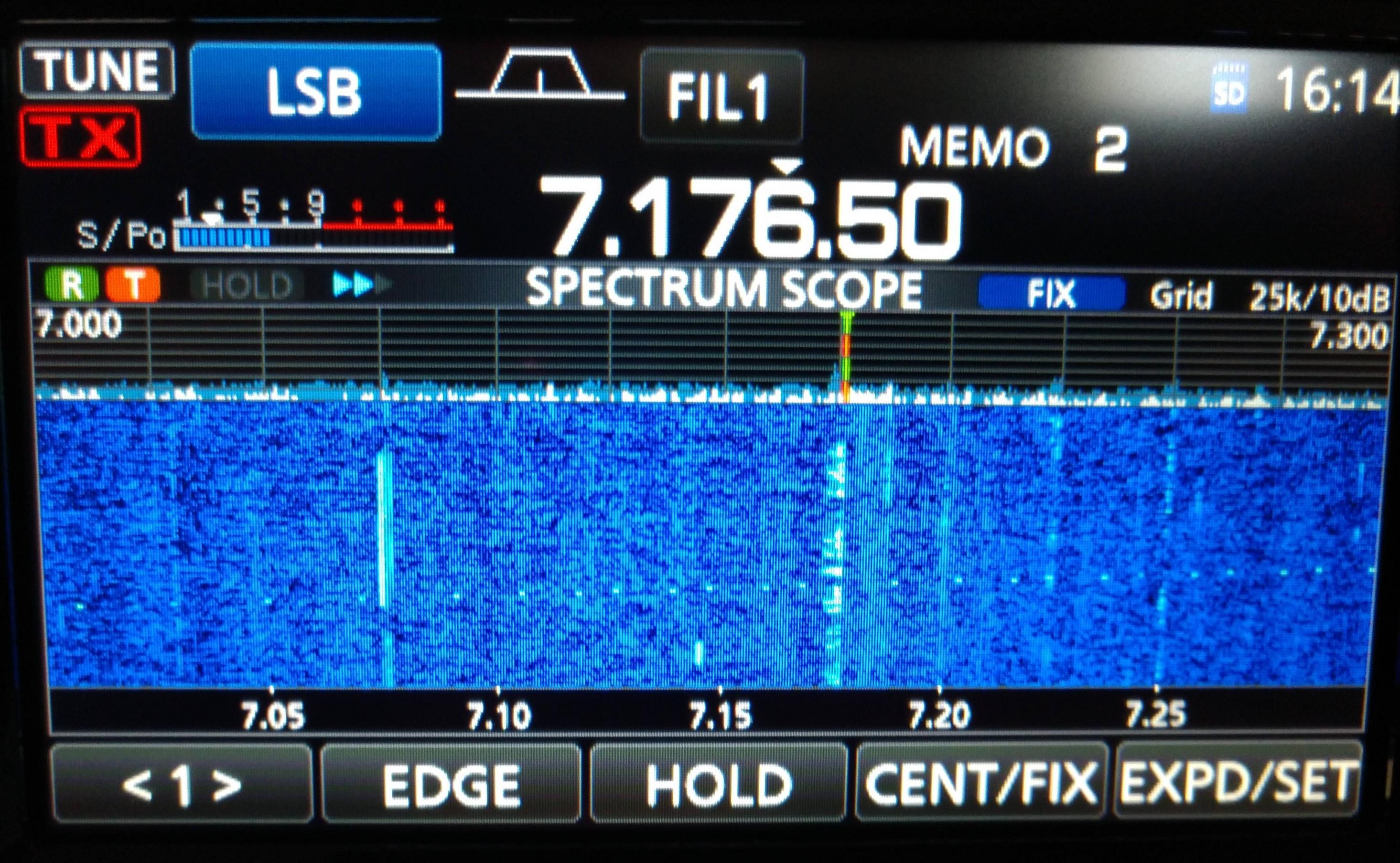 It's probably an ionosonde — sending out HF radio signals not to communicate but to measure the reflections and thereby determine the current characteristics of the ionosphere.

The signal is probably not actually a series of brief transmissions, but a continuous chirp transmission with continuously increasing frequency. Two reasons:

If this is a chirp, then if you catch the sound of it in SSB mode, you should hear a quickly increasing or decreasing tone, not a stable tone.

It appears from your photo that the pulses are not quite simultaneous; rather the transmitter sends a pulse, steps frequency up, sends another pulse, and so on. That behavior is what I'd expect from a propagation test beacon system, checking for things like MUF over a variety of paths and distances.

This kind of transmission would usually be received by a network of stations that would report back (by Internet, or before Internet via land lines or return radio transmission) on what frequencies pulses were received. This data, in turn, is combined with that from a number of other beacons and converted to an MUF path map.

Not the answer you're looking for? Browse other questions tagged hf propagation signal-identification panadapter-and-waterfall or ask your own question.

4
How does one know when band conditions are optimal and what factors to consider?
6
Identifying signals in the satellite exclusive band
5
What are the continuous transmissions at the lower end of the spectrum?
3
What might this "spreading" interference be?
16
What is the cause of this unusually long period of terrible HF band conditions?
5
FM spectral amplitudes during silence
4
What causes the light and dark bands (of background noise) in an HF waterfall display?
1
Hexbeam receiving in other directions