I have a Baofeng UV-82 with the charging cradle and switching power supply (wall wart). Tonight, I noticed a slick spot on the floor next to the couch, and saw some orange goo on a paper I had picked up from the floor. I saw the wall wart on the floor, and when I picked it up, I found that it was the source of the orange goo on the floor. It was not plugged up or anything, and the rig itself is only about two years old (it was not in the charging cradle at the time). Does anybody know why the wall wart would be leaking, and is the stuff that leaked out dangerous? This has never happened before. Thanks, Kate NK4TE

That's very unusual. Modern electronics do not usually contain significant volumes of fluid that could leak out like that.

Well-lit pictures of the goop as it was found would help narrow things down; if you take one or two, please edit your question and upload them.

In the absence of further information, to be reasonably cautious, I would certainly discard the power supply (because if it is from inside, something's gone wrong), and clean or discard the things the goop got on, but not take any more drastic measures.

Wall warts aren't terribly complicated devices, they're just small transformers to convert the commercial AC into low voltage DC. There won't be any batteries in it, but there are likely capacitors. As noted here, the electrolyte is mildly toxic and corrosive, but not to the point where it's a significant HAZMAT issue. Just clean it up with a paper towel and wash your hands with soap and water.

Electronics don't commonly leak, especially not new ones. It is not unheard of though, particularly in older electronics, like the capacitors in this article. But even then, they shouldn't produce enough fluid to run all over the floor.

Pending more data, if you are 100% positive it was coming from the wall wart I personally wouldn't plug it back in because I wouldn't want to risk an electrical short. 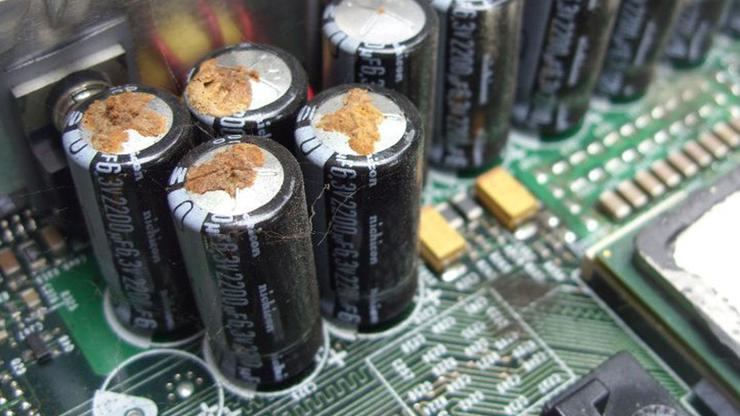 Not the answer you're looking for? Browse other questions tagged baofeng battery-charging or ask your own question.

9
Baofeng low power mod
8
Is Using PMR446 On A Baofeng GT3-MK3 HAM Radio Legal (If on low power)?
3
What cable is needed in order to record audio from a Baofeng UV-5x3 on a computer?
0
How does PTT from one two-way radio prevent input on another?