High-resolution GIS datasets of groundwave conductivity of the United States, besides the FCC?

The FCC publishes a map of estimated groundwave conductivity of the United States, but the resolution is quite low: 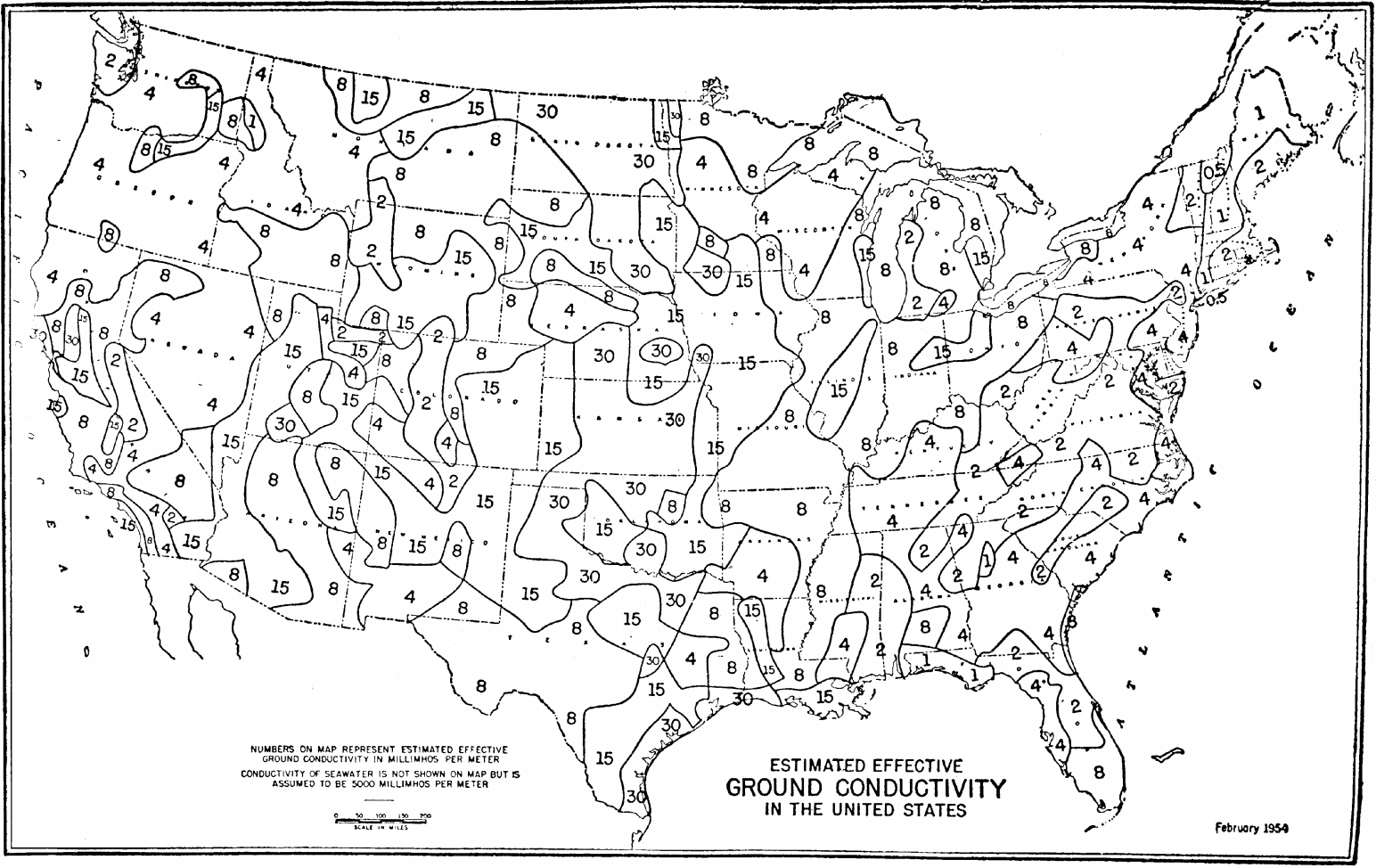 Are there any GIS datasets that include groundwave conductivity at a higher resolution and with more precision? For example, at the arcminute resolution?

I've already converted the map into a shapefile, so I don't just need this map in GIS format.

I originally asked this question on the OpenData StackExchange, but it might be a better fit here because it's highly specific to radio.

You could get the data from e.g. the Sentinel-1 or possible the TerraSAR-X satellite missions, and look for the ground characteristics (much like for moisture estimation) that are beneficial to ground wave propagation.

Don't know how much that actually helps – C-Band wave propagation is pretty different to HF, but I could imagine that conductivity estimates would still translate pretty well.

5
How do I interpret the FCC ground conductivity map files?