How does an E-Z-O Antenna work and why does it appear in Wikipedia's article on quad antennas?

How are the conductors/radiators in the E-Z-O Antenna configured, and why is it described in Wikipedia's article Quad antenna?

I see three circles and a spider web of wires inside each, but from an electrical point of view I can't understand what's going on, and the article doesn't help.

How is this a type of quad antenna?

below: Cropped, contrast enhanced, monochromed for better visualization of the wires. Original source. 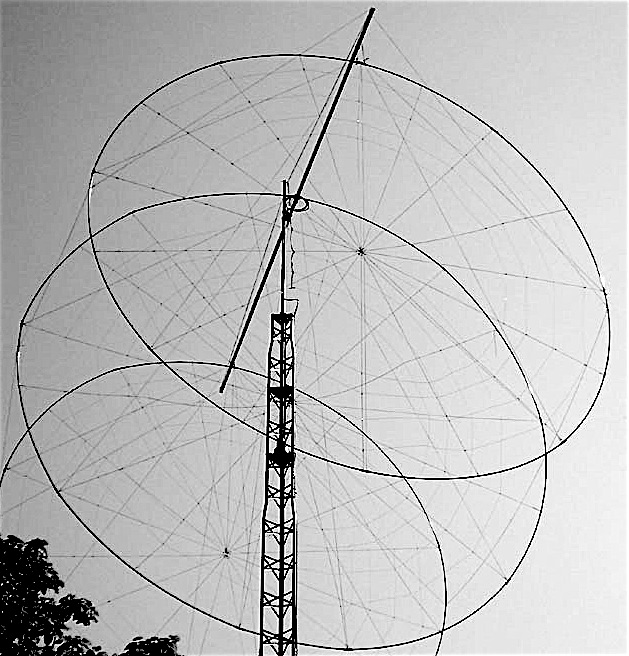 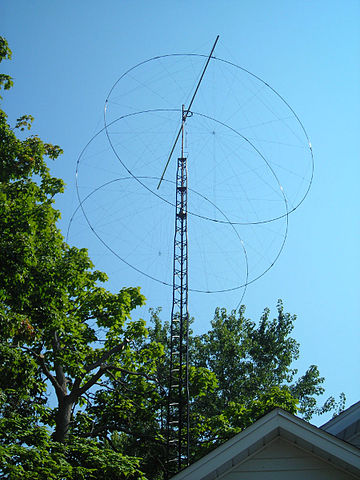 It's basically 3 square/cubical quad elements bent into a circle. Though not really a "quad" because it doesn't have four sides, in principle it is electrically similar.

There is a boom and three circular metal elements: director, driven element, and reflector. Everything else you see are guy and support ropes.

It's described on the Wikipedia page because the creator of the antenna put it there in Feb 2009.

The E-Z-O section has subsequently been removed and re-added several times.

In spite of its humble inception, this could be the biggest improvement in antenna design in over 50 years!

The site appears to be authored by N8PPQ, and the domain registration and FCC database corroborate the authenticity of the author.

A circular versus square element is only minorly significant, electrically. Most of the visible lines are nonconductive support structure, allowing the elements themselves to be flexible. ezoantennas.com explains:

The idea came after a Scouting event, and was inspired by the way tent design has changed, with flexible tubes replacing ridged [sic] poles.

This is an interesting idea in construction technique, but not as revolutionary as the author claims. I don't believe the antenna is unique enough to merit inclusion in Wikipedia.

Not the answer you're looking for? Browse other questions tagged antenna antenna-construction wire-antenna or ask your own question.