What devices are able to decode the EAS SAME headers, attention signal, and encoded marker?

When I was watching television, especially when I was younger, I sometimes heard a loud noise, followed by either a test message, or a genuine emergency broadcasts, like an Amber alert.

The first signal sounded like short bursts of packets, which usually lasted around 1100 ms. Then there was another 1100 ms pause, and then it would repeat an additional two or three times. Sometimes these bursts are shorter, like around 300 ms long, but the pause is about the same length. Most of the time I would also hear a combination of 853 Hz and 960 Hz tones. I am assuming this is the attention signal.

Since this was before June 12, 2009, I was using over the air analogue television, also known as the national television standards committee (NTSC). Also, I think the encoded marker is also known as a tail preamble.

Yes, what you are hearing is digital data encoded into the audio stream. These can be decoded by devices that understand the digital data, such as a dedicated weather radio like this one that came up in an Amazon search: 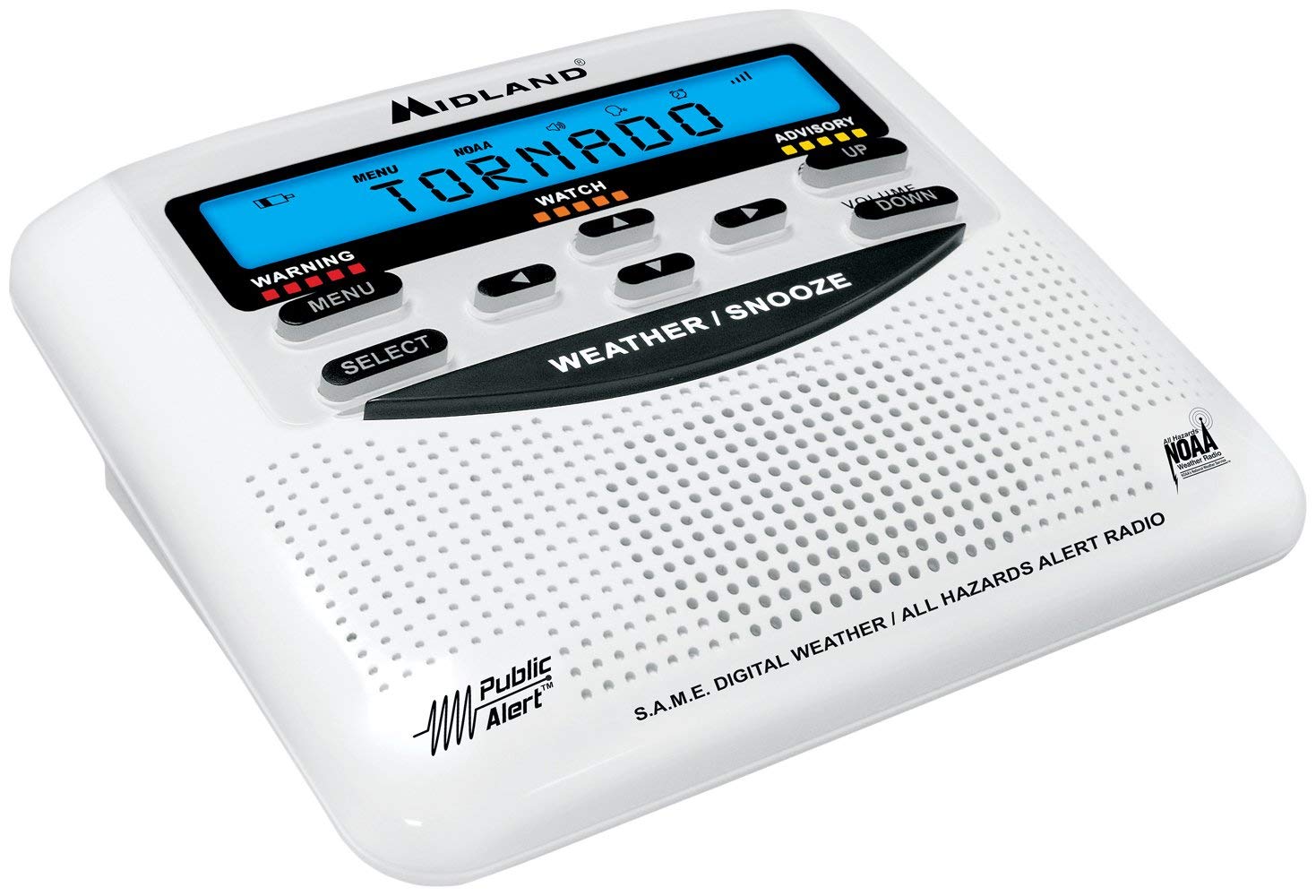 The audio signal does catch the attention of people because it sounds kind of like a warning buzz. But that is a secondary benefit, its primary purpose is to transmit the digital information about what kind of weather alert is coming up where.

Not the answer you're looking for? Browse other questions tagged united-states digital-modes emergency .