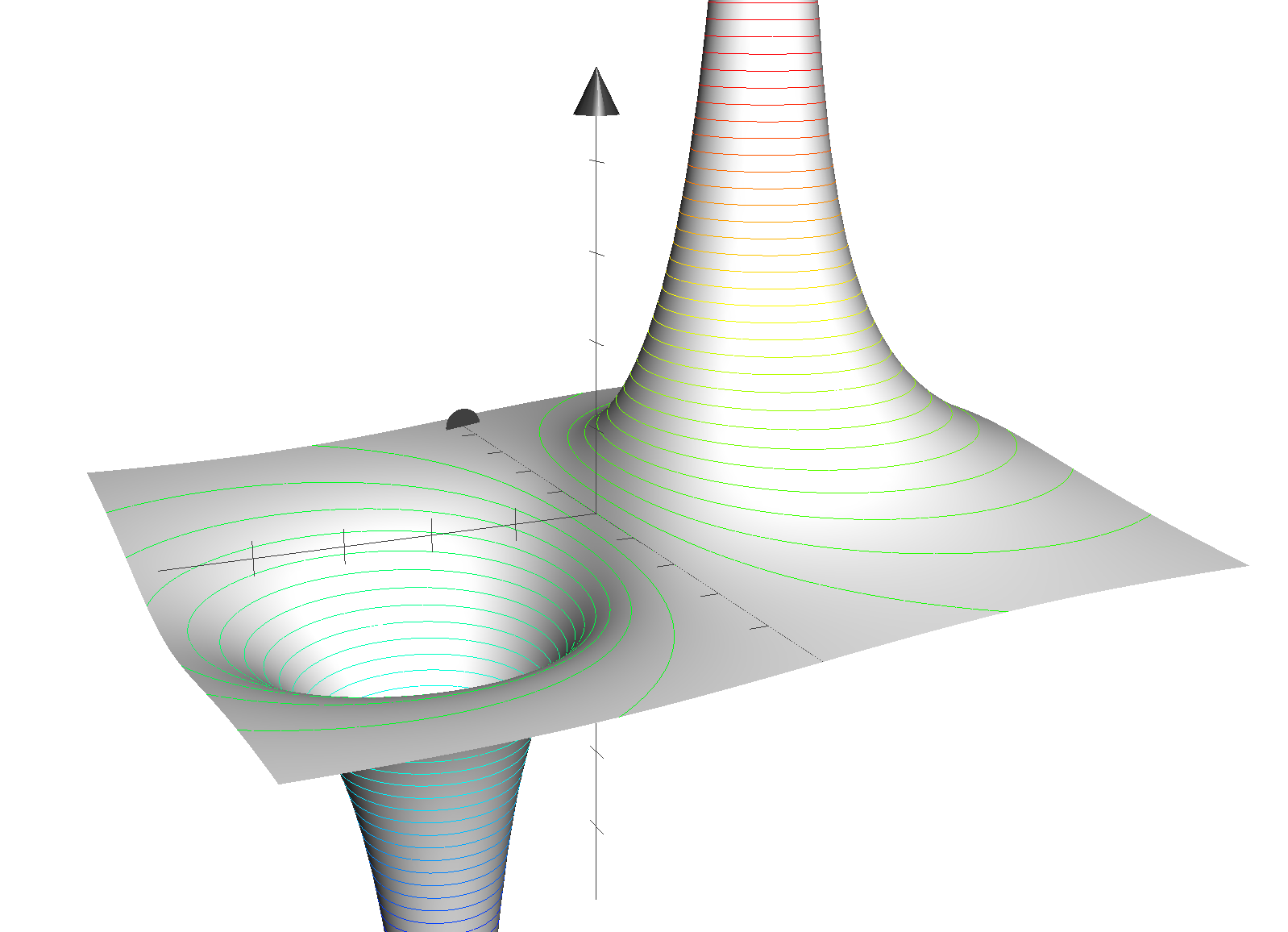 For the sake of simplicity, here is a summary answer to my question based on the various other answers posted.

The zero potential in volts shown in the wikipedia image depicts how the center of a dipole antenna has zero electric potential.

When a transmitted signal is applied to a diople, it is applied across the feed point which usually consists of two points. There are various different feed point methods such as center feed, gamma match etc.

Ohms law always applies for any electric circuit, and for a given antenna and frequency the impedance is fixed, and in this case the potential in volts used in the calculation for antenna current (ie: ohms law I = E / Z) is the potential difference of the AC waveform applied across the two points of the feed point, not the potential at one point such as in the center of the dipole.

That is where my confusion existed.

Incidentally, the electric potential of the inner ends at the center of a dipole cut in the middle and center fed is also zero and excluding any effects of the capacitance between the ends has nothing to do i believe with the distance of the gap in the middle.

6
Dipole Antenna Current Distribution at any Time Instant
4
How can the impedance of a half wave dipole at its resonant frequency be purely resistive when the voltage and current are seemingly not in phase?
3
What is the voltage on a half wave dipole measured with respect to?
1
If the voltage at the center of a half wave dipole isn't zero, then how do Plumber's Delight yagi antennas work?
1
Exactly why do some SWR meters give a changing reading depending on the length of coax used to connect to an antenna?
5
How can I calculate current distribution on an end-fed dipole antenna in theory?
2
Are standing waves on a transmission line RF or DC?
2
Is the voltage at the centre of a dipole zero only at it's resonant frequency?
6
For a resonant 1/2 wave dipole, does the reflections being in phase with the applied signal cause the zero reactance seen in the feedpoint impedance?