I'm in the process of building a RF buffer-amplifier chain for a VFO and I'm experiencing a design issue trying to impedance match between the sections.

The issue I'm having is that many (most) of the circuit designs documented are characterized with a source or load impedance of 50 ohms. Lets take the following snippet as an example: 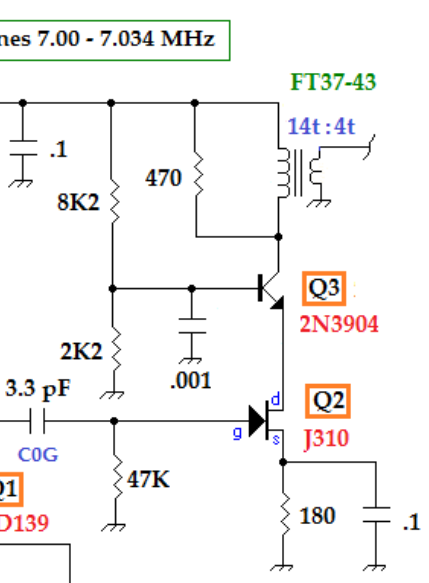 Taken from here pg. 520. I've prototyped this buffer amp at 50 MHz and works quite nicely. It gives a gain of just over 3 and a power output of ~12dBm. But, the key point is that all of these characteristics are based on a reflected collector impedance of ~260 ohms and assume a 50 ohm load.

Now, I'd like to follow this pre-amplifier with a power amp and many of the examples I'd like to prototype have an impedance transformer at the input. Something like the following is very common: 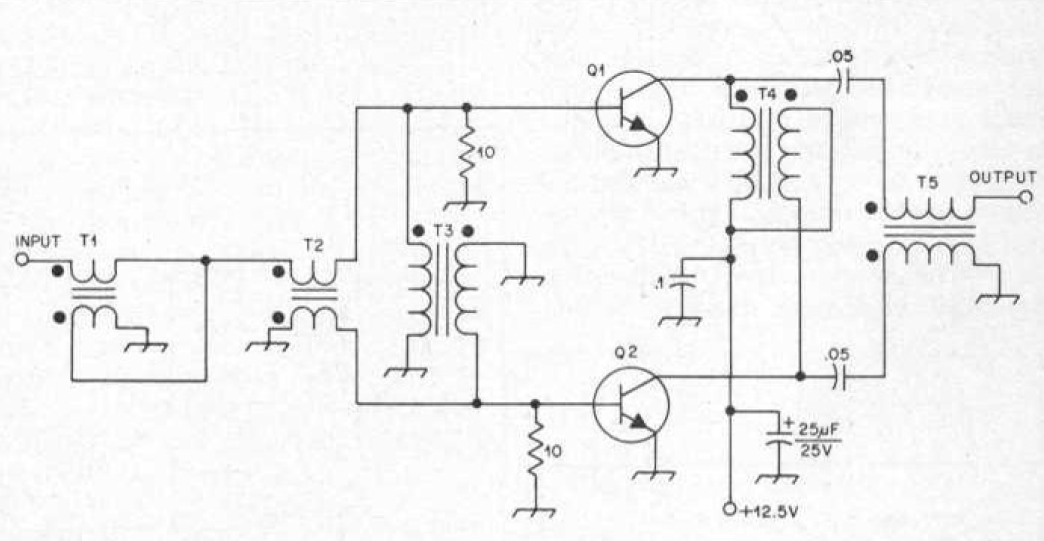 And again, the amplifier is documented assuming the signal generator at the input has a 50 ohm output impedance.

But, I've lost my fixed 50 ohm impedance. If I combine the transformers I make the collector load of the pre-amp directly dependent on the RF input impedance of the power amp transistors (which is nearly always a complex quantity and is non-trivial to measure).

So, I'd like to know if there are any "tricks" to pin the inter-stage impedance to a particular value or is there nothing for it but to characterize the input impedance of the power amp?

When designing an interstage transformer, the general design rule is to ensure that the inductive reactance of each winding is at least 10 times the impedance to which it is connected. This ensures that the transformer winding impedance does not swamp out the attached impedance.

T1 in the "power amp" schematic you provided is a 4:1 step down transformer. Its purpose is to match - that is, maximize power transfer between - the preceding stage and the power amp transistors, whose high impedance is "swamped" by the 10-ohm resistors.

You can match the ~260-ohm driver to the PA by replacing T1 with a 16:1 step down transformer and replacing the 10-ohm resistors with 15-ohm resistors. You might find it simplest to accomplish the higher step down ratio by adding a second "copy" of T1 between the input and T2. Simulation indicates that an inductance of 1-uH should suffice for each of the four windings on T1a and T1b: 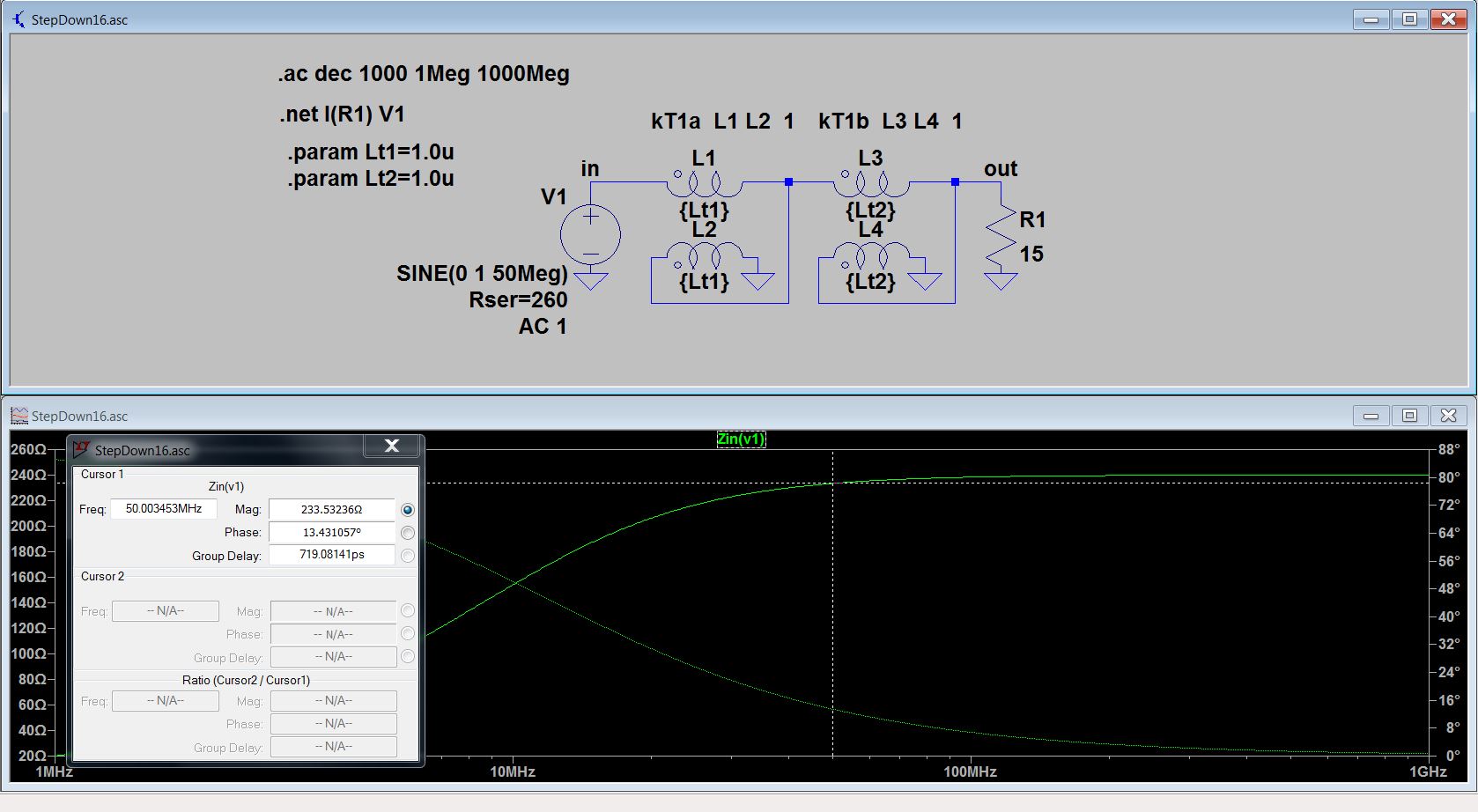 (most) of the circuit designs documented are characterized with a source or load impedance of 50 ohms.

building a RF buffer-amplifier chain for a VFO

Therefore, if building a buffer, you don't need to match impedances, but just to lightly load the oscillator. Just the opposite of matching.

Not the answer you're looking for? Browse other questions tagged impedance-matching amplifier or ask your own question.

6
Suggested method for boosting 0.05 watt transmitter up to 10+ watts?
11
Why does "high SWR" damage transmitters, instead of "impedance mismatch"?
7
How to calculate if low-pass filtering is sufficient?
1
building a relay for 5.8Ghz?
1
Impedance matching between antenna and load - Theory and Practice?
9
What is the purpose of the transformer at the input (and output) of this RF push-pull amplifier
1
Toroid Coupling Issue in Common-base Amplifier
7
Double power-handling ability of RF amplifier output transformer